For the first time, Europol awarded the Europol Excellence Award in Innovation during the annual European Police Chiefs Convention 2021. With this award, Europol aims to put in the spotlight the law enforcement community's most innovative initiatives and operations.

The Excellence Award for the most Innovative Project

Fortnite undercover avatar: an innovative tool to fight child abuse online (French Police Nationale) – A creative approach based on the creation of an online avatar in the video game Fortnite to which children could report if they were sexually harassed at home. After validation from the Central Unit for Minors Protection within the Central Directorate of the Judiciary Police, a team of 50 volunteers and psychologists connected to the game 14 hours a day, seven days a week from April to May 2020 to assist children asking for help. During this period, 1 200 children asked for help, out of which thirty percent were in a dire situation. Investigations were opened in a number of cases, and the children safeguarded.

The Excellence Award for the most Innovative Operation

From 2014, the Emotet malware-infected millions of computers worldwide—enabling cybercriminals to steal victim information, cripple compromised networks and cause hundreds of millions of dollars in damage. Emotet targeted critical industries, including banking, e-commerce, healthcare, academia, government, and technology, and was designed to deliver additional malware to infected computers. In January 2021, the Netherlands, Germany, the United States, the United Kingdom, France, Lithuania, Canada and Ukraine, Europol and Eurojust coordinated a multinational operation to disrupt Emotet's infrastructure. By using lawful authorities in several countries to seize command and control servers, neutralise malware distribution servers, and untether thousands of victim computers from the botnet. They also alerted authorities in more than 50 countries that Internet companies hosted hundreds of Internet Protocol addresses that Emotet compromised in their respective jurisdictions.

The Europol Excellence Award in Innovation highlights how effective modern-day law enforcement requires partnership and collaboration, whether in teams of officers and staff, between forces, in multi-agency operations or through wider public sector involvement.

The award also recognises that accomplishments arise from a blend of innovative, committed and well-trained personnel, serving, engaging and protecting the public while using technology efficiently and effectively. We are convinced the award will inspire the European law enforcement community by providing insights into successful innovation.

Stay tuned for the announcement of the second edition of the Award in 2022! Learn more about innovation at Europol. 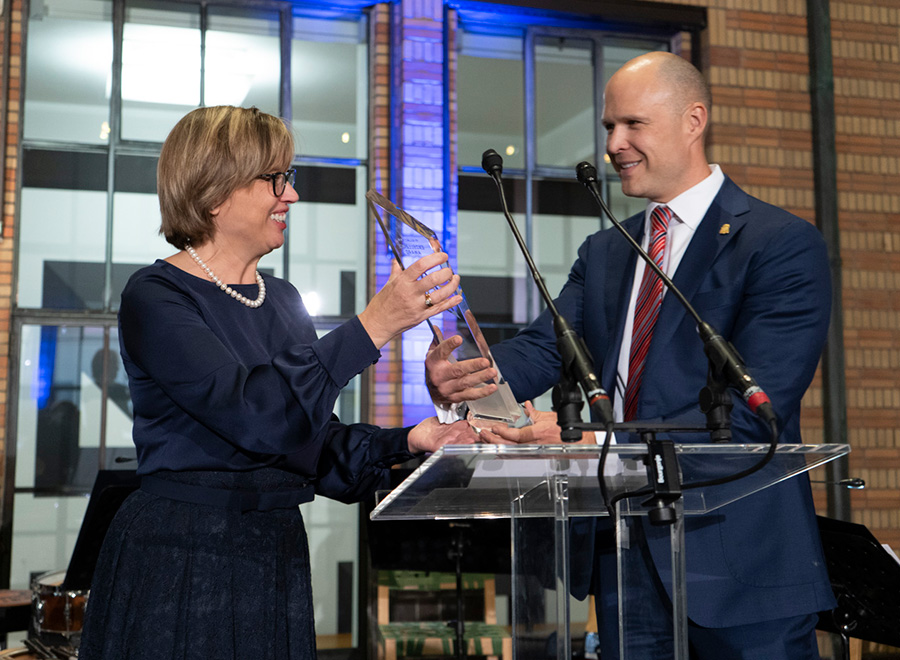 Only nominations received from law enforcement entities from EU Member States or countries with liaison officers at Europol were eligible.

All nominated projects had to include at least one of these innovation types.