PrintPDF
Fighting cybercrime around the world

Cybercrime knows no boundaries. Cybercriminals are constantly coming up with new ways to profit from their crimes at the expense of citizens, businesses and governments, across national borders and jurisdictions.

Police forces around the world thus encounter similar cybercrimes and similar criminal targets, and that calls for a coordinated, international approach to the problem.

The Joint Cybercrime Action Taskforce (J-CAT), which was launched in September 2014. Located at Europol’s European Cybercrime Centre (EC3), it helps fighting cybercrime within and outside the EU. 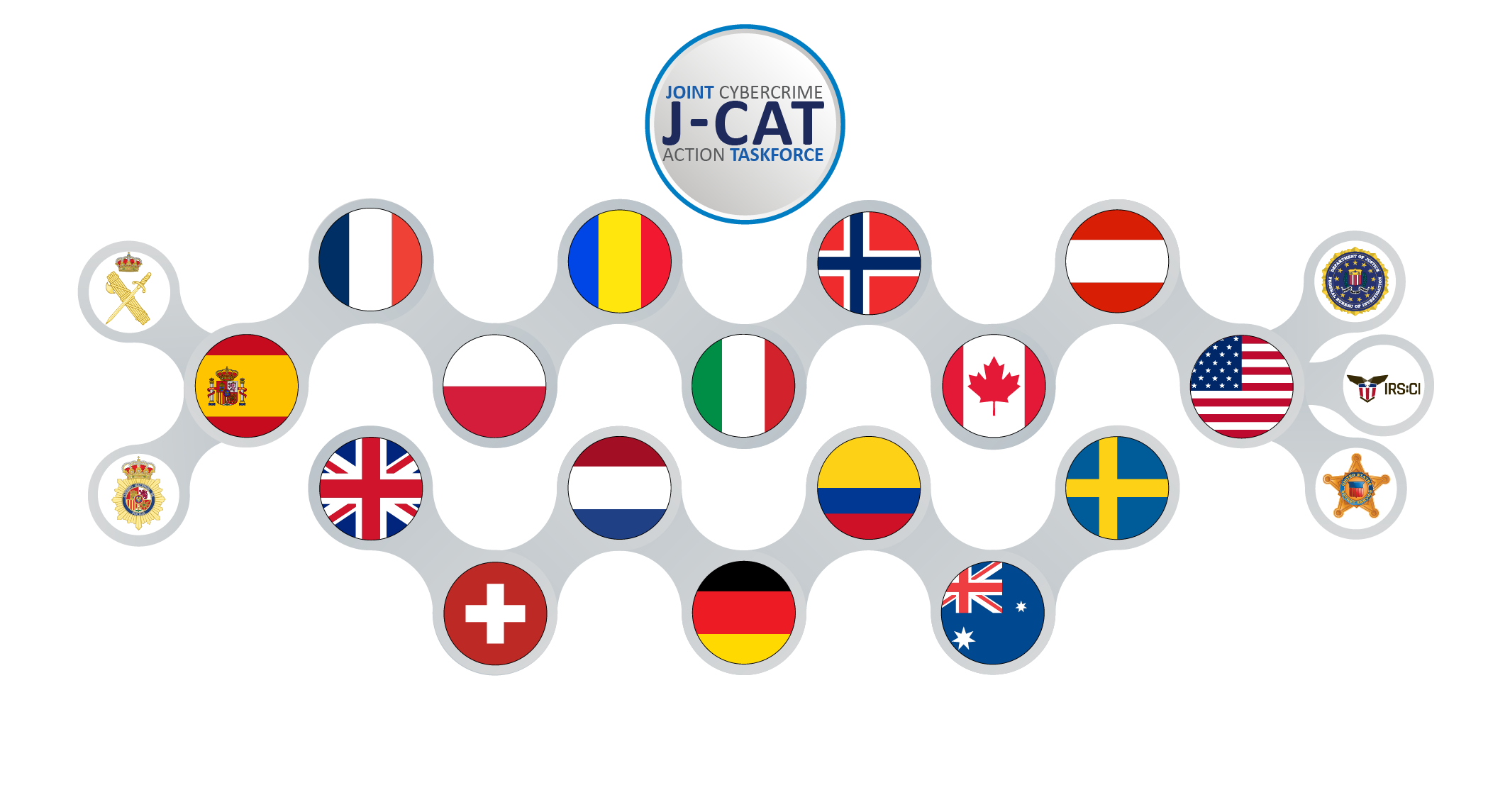 J-CAT’s objective is to drive intelligence-led, coordinated action against key cybercrime threats and targets by facilitating the joint identification, prioritisation, preparation, initiation and execution of cross-border investigations and operations by its partners. It tackles:

The taskforce is open to occasional contributions on a case-by-case basis from non-participating countries and non-law enforcement partners. This can also be done within the framework of a J-CAT Attachment Scheme, which provides for a temporary attachment to collaborate on a cybercrime case with links to at least two current J-CAT member countries.

All these officers work from the same office to ensure that they can communicate with each other easily.

In addition, a dedicated National Expert seconded from Eurojust to Europol’s EC3 regularly cooperate with EC3 and the J-CAT to discuss cases and projects of mutual interest.

J-CAT chooses and prioritises which cases to pursue based, among other things, on proposals from the country liaison officers. Members:

The J-CAT is governed by a Board composed of at least one senior law enforcement representative per participating agency. The Board is led by a Chair-country and a Vice-chair-country, directly elected by the Board itself. The J-CAT Board, together with EC3, sets the strategic direction and addresses tactical and operational matters.

To date, the  Taskforce was involved in multiple high-profile operations, thus contributing significantly to their success. 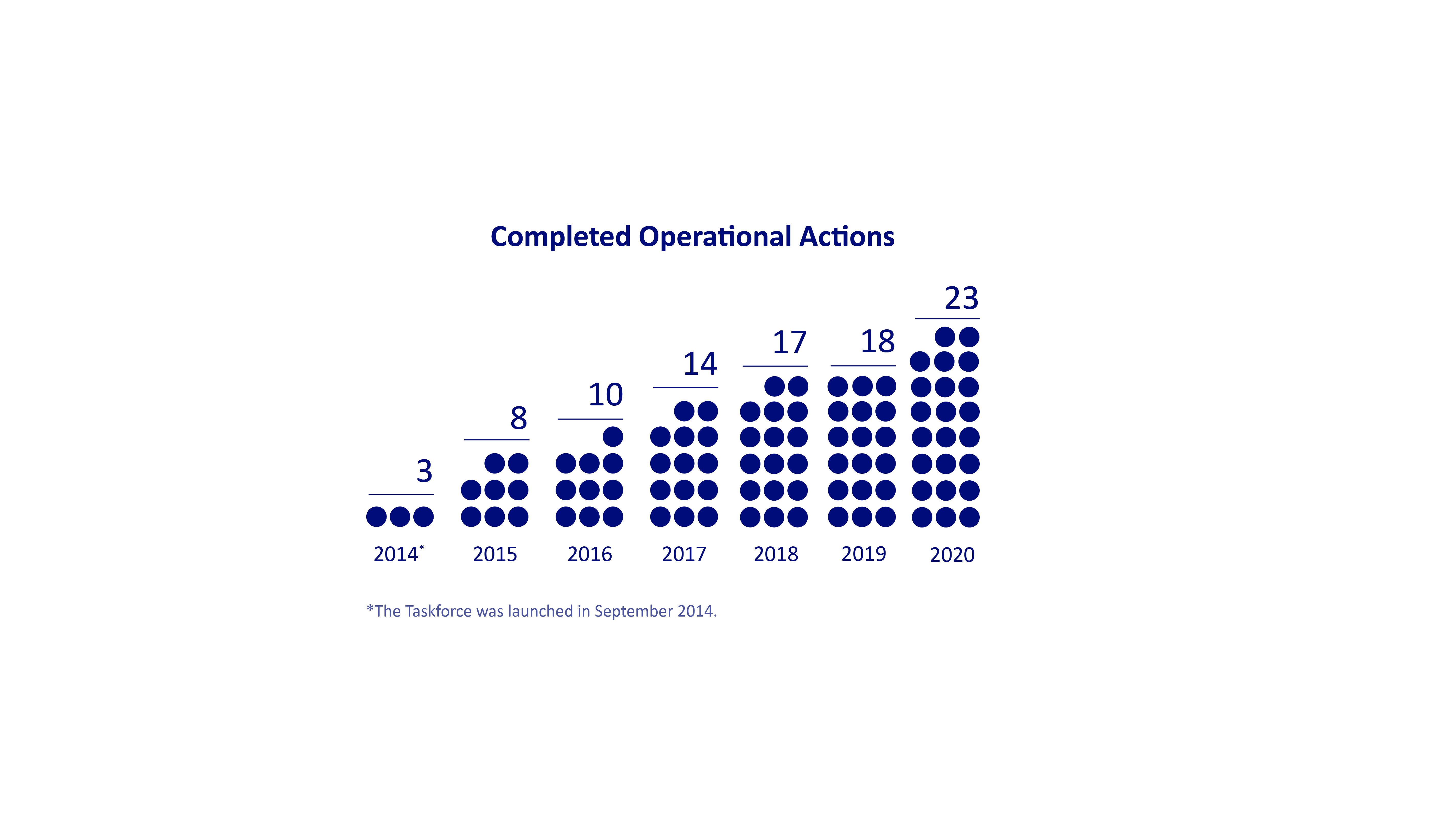 In addition to the operational activities, a number of roadshows were organised in 2018 and 2019 in the Netherlands, Switzerland, Norway, Germany and Sweden. These roadshows aimed at raising awareness and strengthening the collaboration with the national, regional and local cyber police units and cyber judiciary members from the current J-CAT member countries. Over 600 cyber law enforcement and judiciary practitioners took part in these roadshows which included practical demonstrations on the tools and services provided by Europol’s EC3 in support of cyber cases, as well as the type of support offered by the J-CAT cyber liaison officers.

This programme of roadshows was supplemented by 4 CEPOL webinars, delivered in different languages by the J-CAT members themselves to reach out to cyber investigators at the national and local level in their own language. A further 580 participants from over 30 countries joined these webinars.

Such awareness raising activities have already resulted in concrete operational outcomes, such as an increase in the operational contributions as well as the increased use of the tools provided by Europol.