MTIC fraud is one of the EMPACT priorities, Europol’s priority crime areas, under the 2018–2021 EU Policy Cycle. 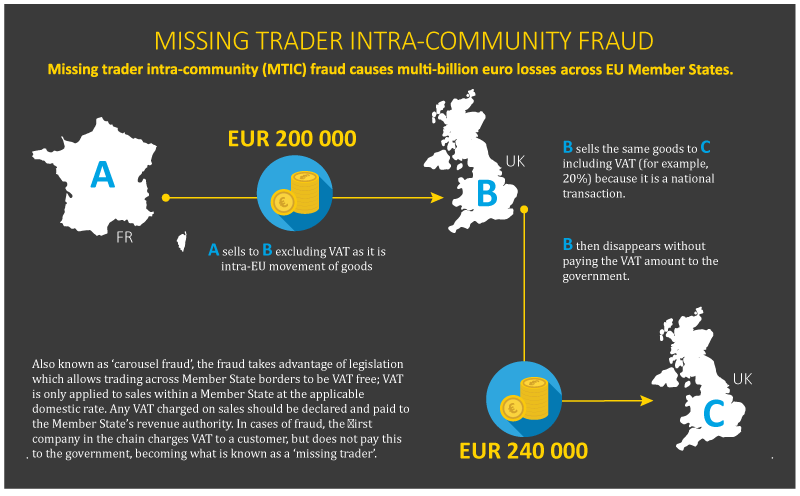