Intellectual property crime is committed when someone manufactures, sells or distributes counterfeit or pirated goods, such as such as patents, trademarks, industrial designs or literary and artistic works, for commercial gain.

The international trade in counterfeit products represents up to 2.5 % of world trade, or as much as EUR 338 billion, according to 2013 data. Put in perspective, this is the equivalent of Austria’s GDP, or the combined GDP of Ireland and the Czech Republic.

The impact of counterfeiting is particularly high in the European Union, where counterfeit and pirated products make up to 5 % of imports, or as much as EUR 85 billion. 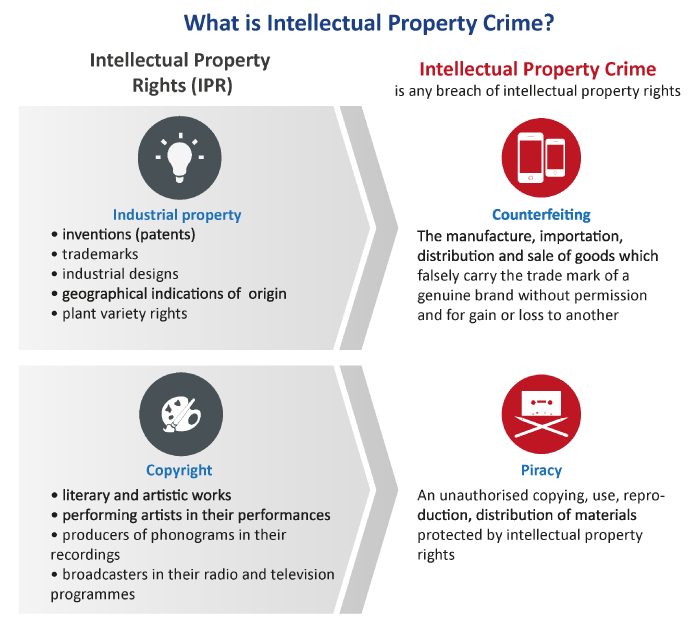 Infringements of intellectual property rights reduce the revenues of the affected businesses. The resulting adverse social and economic effects include the loss of jobs and livelihoods.

There are also other costs. As counterfeit goods are produced without regard to EU health and safety standards, they may be dangerous for consumers.

Government revenue is also affected by counterfeiting and piracy, which can stifle investment and innovation, hinder economic growth and reduce the creation of wealth.

In addition, the criminal groups involved in intellectual property crime often use the profits to finance other illegal activities. 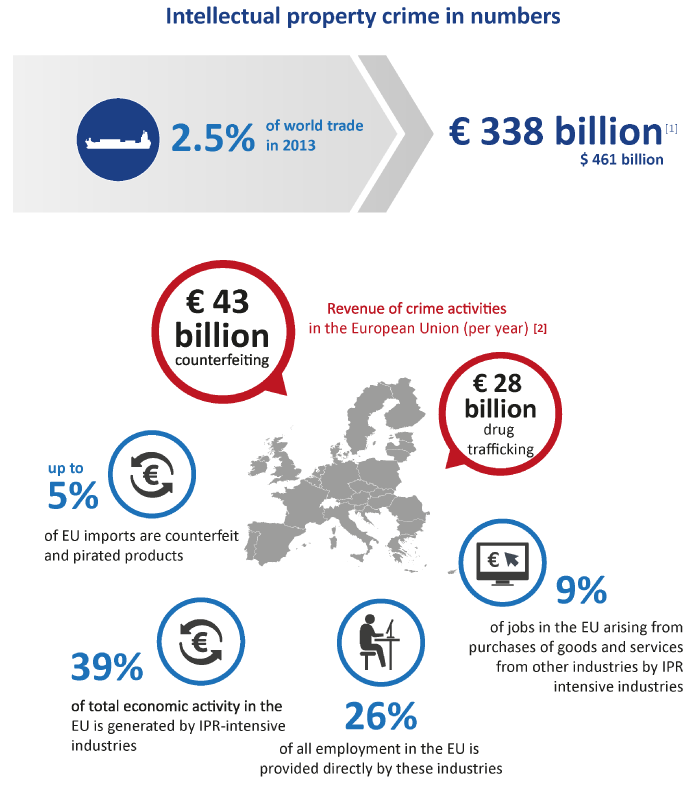 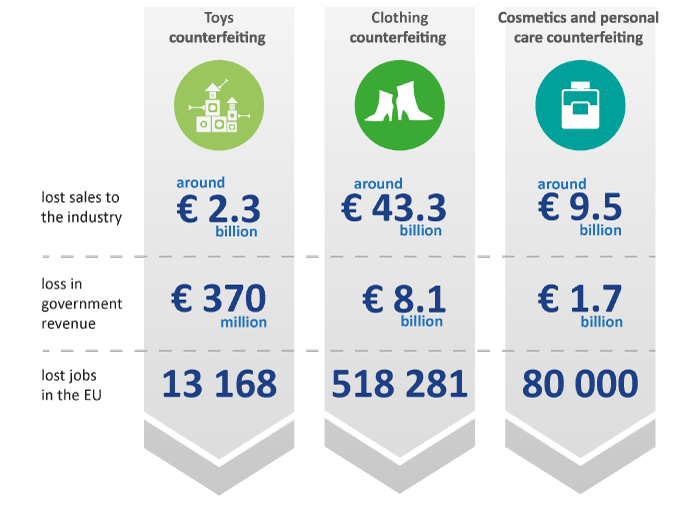 Fighting intellectual property crime is a key priority for Europol and its partner law enforcement authorities.

Recent successes include the seizure of 190 tonnes of illegal or counterfeit pesticides in November 2015 in a 12-day international action (Silver Axe) that involved 350 container inspections at major ports and airports in Belgium, France, Germany, Italy, the Netherlands, Slovenia, and Spain.

In Operation OPSON V, an initiative coordinated by Interpol and Europol to protect public health and safety, more than 10,000 tonnes and one million litres of hazardous fake food and drink were seized in operations across 57 countries between November 2015 and February 2016.