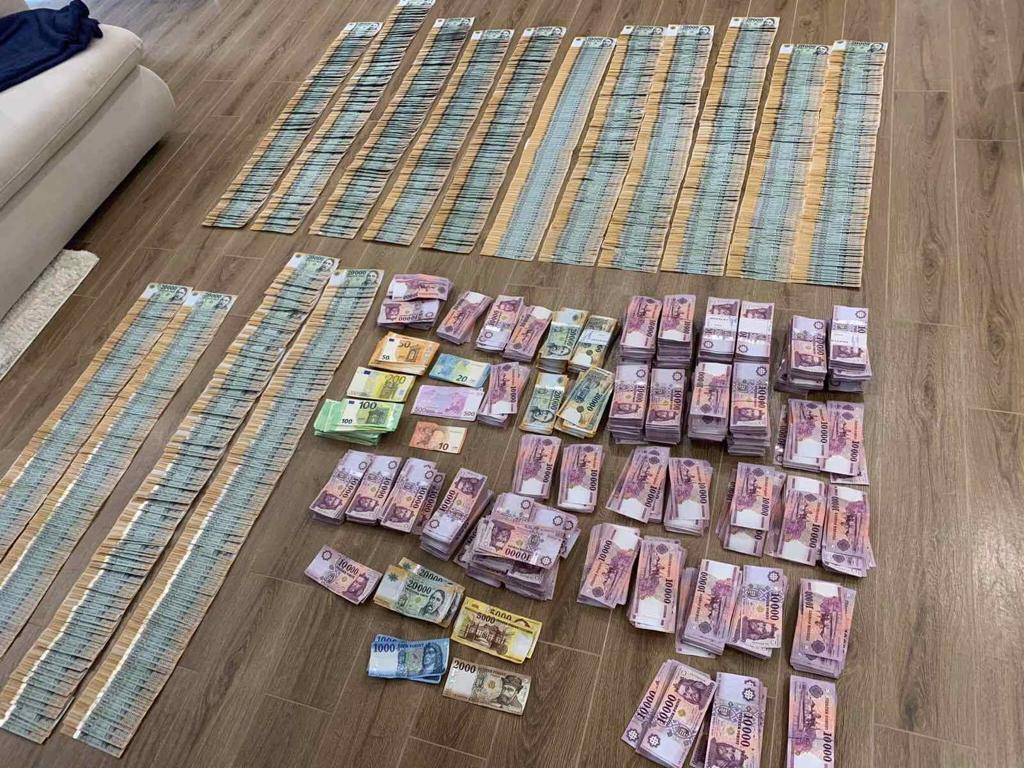 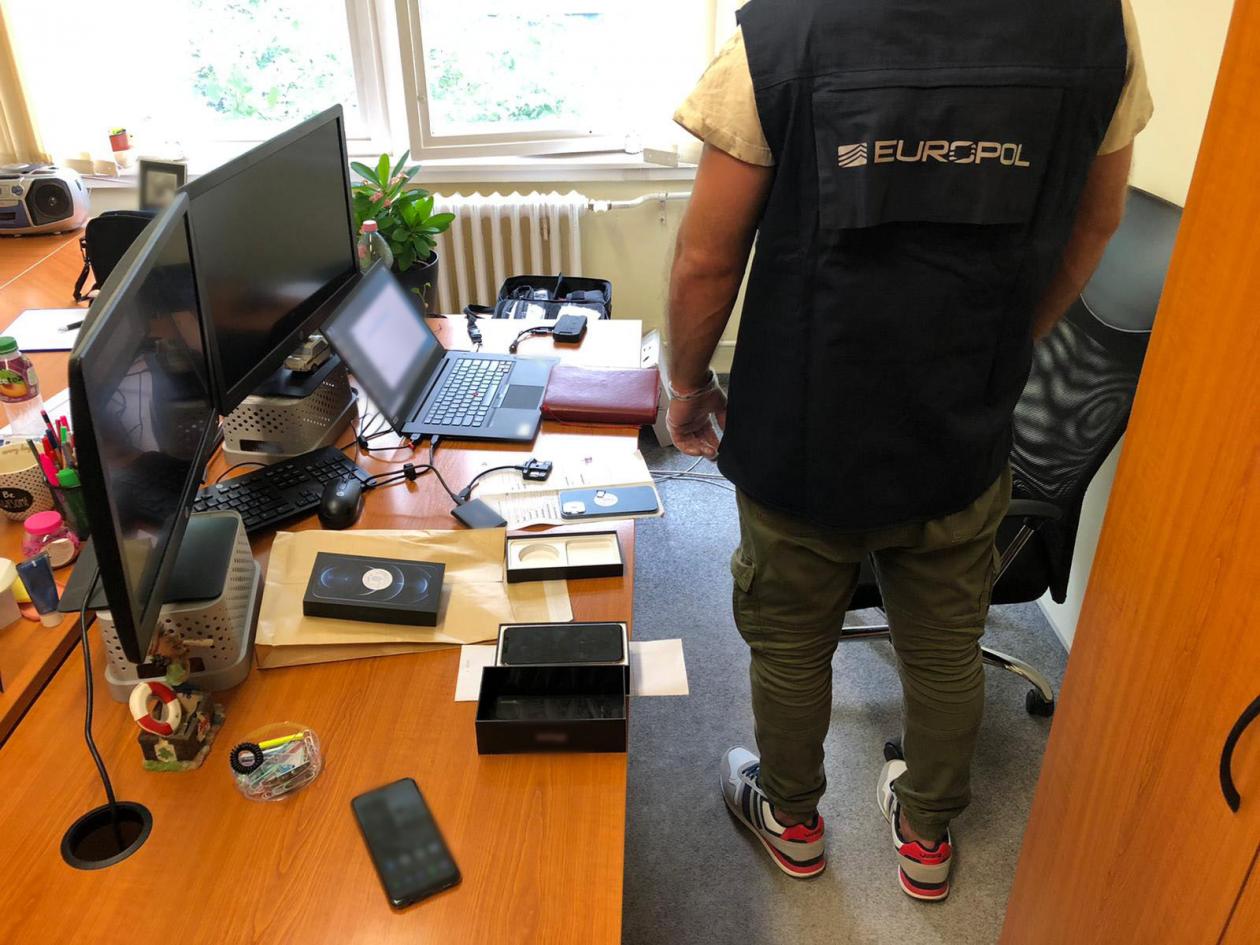 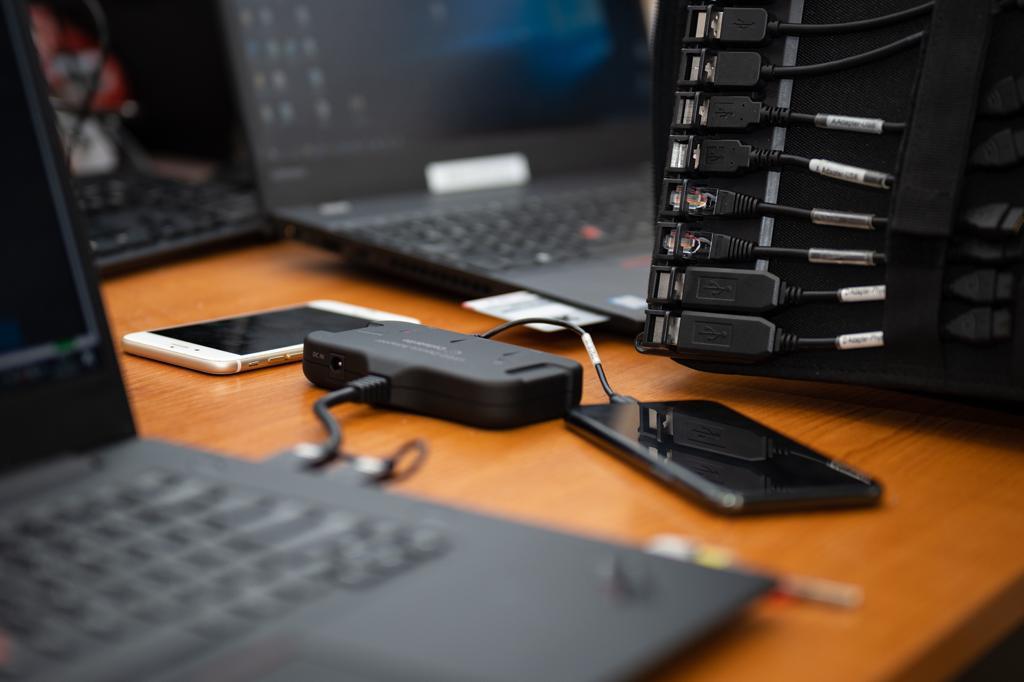 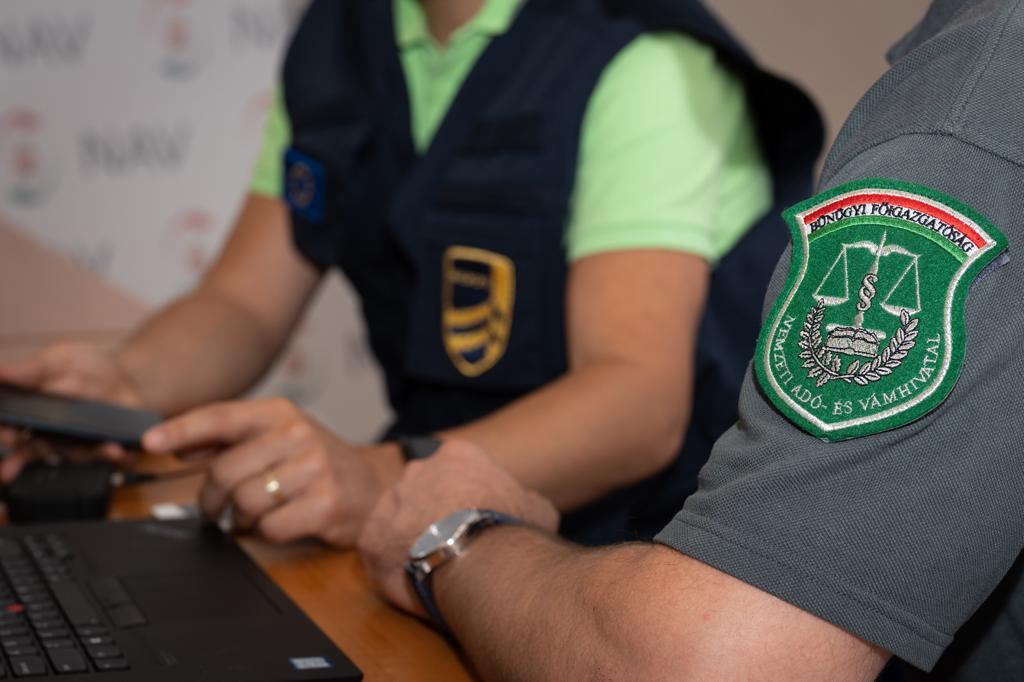 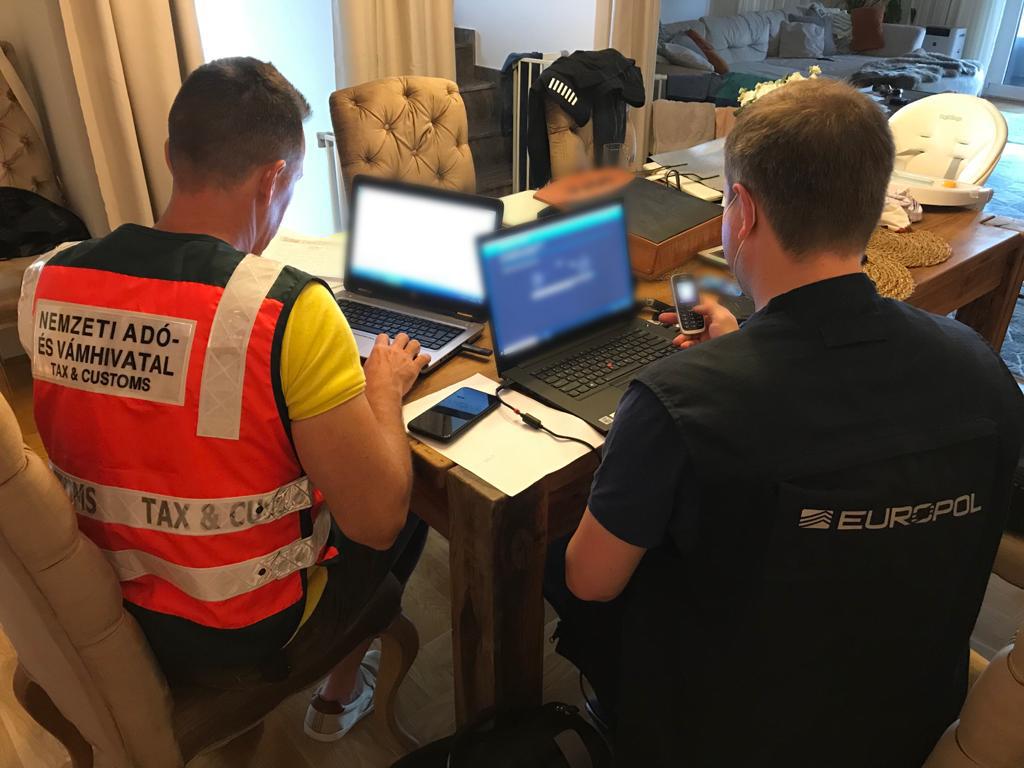 The two action days in June led to:

After the Hungarian authorities dismantled a large criminal network in October 2019, which managed to cause €12 million damage to the Hungarian budget, they shifted their focus onto three other related networks. The investigators unveiled a much more complex criminal activity. Missing traders who imported mobile phones submitted their VAT returns to the tax authorities but failed to pay the VAT to the national treasury. Their activity was registered to strawmen and hosted by company service providers.

After importing the items, the missing traders sold the mobile phones at a loss to several buffer companies, which then sold the products to broker companies. The brokers either resold the mobile phones at an attractive price on internet marketplaces or recorded intra-community supplies to several conduit companies located in different EU Member States. Again, the aim was to reclaim the VAT, which was never paid by the missing traders. The buffer and conduit companies did not carry out any real economic activities nor did they hire employees. These companies were used exclusively for fictitious invoicing. Used for only a short period, many of them installed foreign strawmen as managers. While achieving a significant price advantage at the end of the chain through VAT fraud, the criminal network caused tax losses to the state budget of about € 29.8 million.

Europol supported the investigation from the beginning by facilitating information exchange and providing analytical support. During the action days, Europol deployed three experts to Hungary to support the investigators in the field with real-time analysis of operational information against Europol’s databases. Technical support was also provided by extracting data stored on the mobile devices.

Bringing the money back to taxpayers

Missing trader intra-community fraud (MTIC) does not affects only governments, but all citizens. The billions of euros that organised crime gangs defraud from taxpayers through this scam fraud scheme are ultimately robbing citizens affecting the funding of vital public services. A cross-border crime per definition, the effective fight against it requires internationally coordinated operations pulling together the affected Member States, Europol and trusted partners.

Europol recently created the European Financial and Economic Crime Centre (EFECC) to increase synergies between economic and financial investigations and to strengthen its ability to support law enforcement authorities in effectively combating this major criminal threat.

MTIC fraud is a priority for the European Union for the period 2018-2021 in its fight against organised crime.
Read more about MTIC fraud.

In 2010 the European Union set up a four-year Policy Cycle to ensure greater continuity in the fight against serious international and organised crime. In 2017 the Council of the EU decided to continue the EU Policy Cycle for the period. It aims to tackle the most significant threats posed by organised and serious international crime to the EU. This is achieved by improving and strengthening cooperation between the relevant services of EU Member States, institutions and agencies, as well as non-EU countries and organisations, including the private sector where relevant. MTIC fraud is one of the priorities of the Policy Cycle.
Crime areas
Economic Crime
MTIC (Missing Trader Intra Community) fraud
Target groups
General Public
Law Enforcement
Academia
Professor
Students
Researcher
Press/Journalists
Other