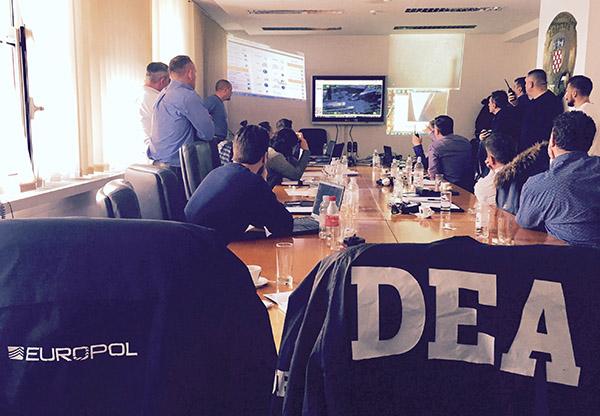 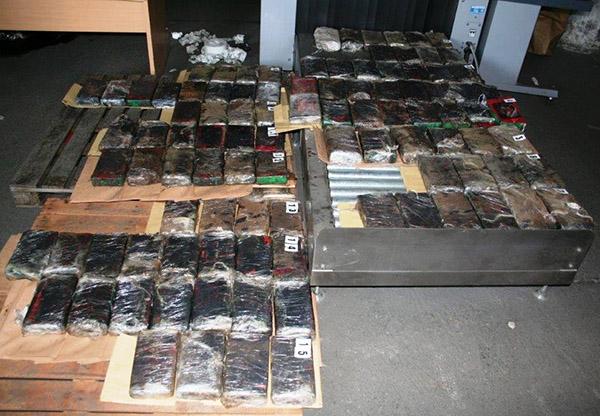 An organised crime group was dismantled and 9 suspects arrested on 8 March in a major operation in Europe and South America. Operation NANA was led by the Croatian Police and the Rijeka State Prosecutor’s Office and jointly conducted by Colombia, Germany, Italy, the Netherlands, Panama, Slovenia, Spain, the Drug Enforcement Administration of the United States (US DEA) and Europol. The crime network was suspected of transporting multi-kilogram quantities of cocaine from Colombia, Ecuador and Panama to Europe.

A container ship legally carrying scrap metal from Panama to the port of Rijeka, Croatia, was found to be transporting more than 100 kilograms of cocaine and 150 kilograms of marijuana destined for the Croatian illicit drugs market. Investigators also concluded that part of the group was involved in tobacco trafficking and in March 2017 seized more than 69 000 packets of cigarettes worth EUR 350 000.

Over the course of the year-long operation several major European-based drug traffickers were identified as well as a Colombian Source of Supply (SOS). The 9 suspects were arrested in an international final action day, which was carried out simultaneously in EU Member States Croatia, Germany, the Netherlands and Slovenia. Among the arrested suspects were a Croatian high value target and a representative of a Colombian drug trafficking organisation responsible for coordinating cocaine shipments to criminals based in Europe. Law enforcement agencies also set up a specialised task force which identified and targeted Europe and South America-based suspects and shipping companies involved in the cocaine trafficking operation.

By analysing and cross-checking intelligence, Europol’s Drugs Team was able to identify and bring together different ongoing investigations, thus triggering mutual cooperation from the countries concerned and other law enforcement agencies. In addition, Europol created a platform to exchange large files and intelligence generated by operational activities which enabled field teams to exchange data quickly. The operation, led by the Drugs Team, was also supported in part by Europol’s EU Internet Referral Unit and the forensics lab of Europol’s European Cybercrime Centre – EC3.

This operation is part of a broader European strategy driven by Croatia and supported by EU law enforcement authorities, the US DEA and Europol, to combat the Western Balkan organised crime network known as “the Balkan cartel”.