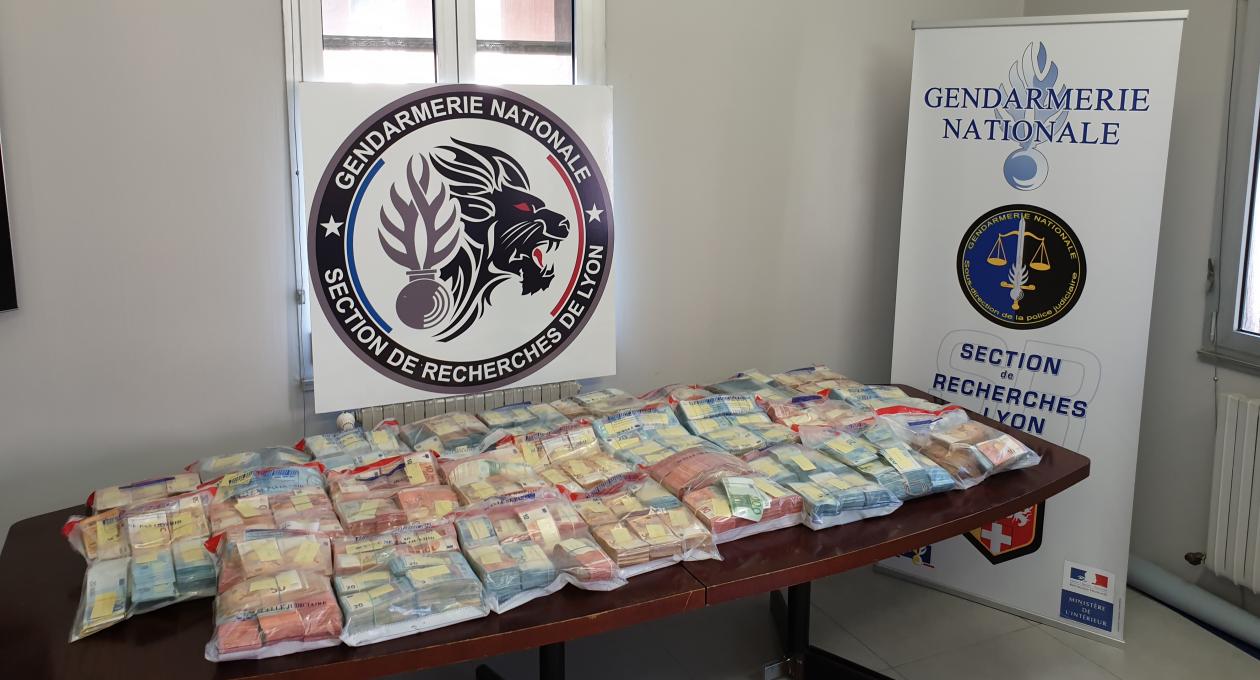 On 2 November, an 18-month investigation led by the French National Gendarmerie (Gendarmerie Nationale) and supported by Europol put an end to a large money-laundering network. Several raids carried out since 2019 resulted in the arrest of 18 suspects and the seizure of €4 million worth of assets. The criminal network is believed to have been involved in money laundering to the value of €90 million a year. The highly structured criminal organisation collected money in France and Spain originating from drug trafficking. Dirty money was transported across borders from France to Morocco and via Spain by concealing it in transportation trucks and vehicles.

In 2018, investigators in Lyon detected a structured criminal network involved in an important collection of cash generated by narcotic dealers known to law enforcement. Further surveillance uncovered a fleet of fifteen Moroccan large trucks (38 tonnes) that roamed across France transporting goods and collecting dirty cash from drug traffickers. Trucks could stop for several days while waiting to collect the money before transporting it to Morocco via Spain. The suspects also illegally transported money concealed in cars. During one of the raids conducted in September 2019, French law enforcement seized €2 million of cash hidden in the boot of a vehicle driving to Spain.

EFECC Operations is Europol’s initiative in the fight against economic and financial crime. It is an operational platform to support Member States in ongoing cases in the areas of tax crime (MTIC and excise), fraud, corruption, money laundering, asset recovery, euro counterfeiting and intellectual property crime. EFECC Operations was established in June 2020 to provide EU Member States with a pan-European platform to integrate and analyse dedicated economic and financial crime data.