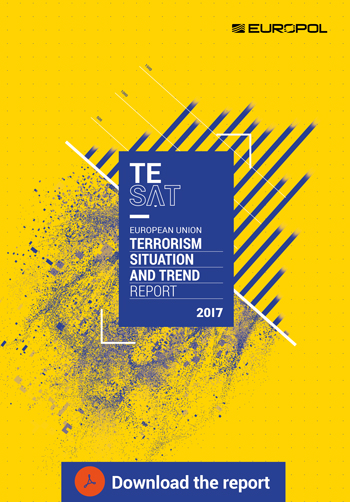 In 2016, a total of 142 failed, foiled and completed attacks were reported by eight EU Member States. More than half (76) of them were reported by the United Kingdom. France reported 23 attacks, Italy 17, Spain 10, Greece 6, Germany 5, Belgium 4 and the Netherlands 1 attack. 142 victims died in terrorist attacks, and 379 were injured in the EU. Although there was a large number of terrorist attacks not connected with jihadism, the latter accounts for the most serious forms of terrorist activity as nearly all reported fatalities and most of the casualties were the result of jihadist terrorist attacks. Explosives were used in 40% of the attacks and women and young adults, and even children, are playing increasingly operational roles in committing terrorist activities independently in the EU. Most arrests were related to jihadist terrorism, for which the number rose for the third consecutive year. Also, the European Counter Terrorism Centre at Europol supported 127 counter terrorism investigations in 2016, which shows a clear indication of the growing range of jihadist activity.

These are some of the key findings of the 10th edition of the yearly EU Terrorism Situation and Trend Report (TE-SAT), which Europol has produced since 2007. The TE-SAT published today provides a concise overview of the nature of terrorism that the EU faced in 2016 and looks in detail at terrorist attacks that occurred: the largest number of attacks in which a terrorist affiliation could be identified were carried out by ethno-nationalist and separatist extremists (99). Attacks carried out by left-wing violent extremists have been on the rise since 2014; they reached a total of 27 in 2016, of which most (16) were reported by Italy. Although the total number of jihadist terrorist attacks decreased from 17 in 2015 to 13 attacks in 2016, of which 6 were linked to the so-called Islamic State (IS), 135 of the 142 victims of terrorist attacks in 2016 were killed in the 13 jihadist attacks.

Dr Michael Farrugia, Minister for Home Affairs and National Security, Malta - Maltese Presidency of the EU: "The recent attacks in London, Manchester and Paris represented a clear shift in the intent and capability of perpetrating these acts of terror designed to draw the attention of the free world. The effects of such acts will remain in the collective memory of all who have freedom at heart. The memory of the innocent victims and the suffering of their families and loved ones will continue to fuel our commitment in working effectively towards the strengthening of the combined efforts and cooperation amongst all Member States."

Dimitris Avramopoulos, EU Commissioner for Migration, Home Affairs and Citizenship: "The recent terrorist attacks in Europe are a stark reminder of the need for all of us to work together more closely, and build on trust. Trust is the basis of effective cooperation. Fighting terrorism will remain at the top of our common political priorities for the time to come, not just in Europe but globally. For the safety of our citizens, and for the cohesion of our societies, we need to step up our information exchange and our cross-border cooperation at all levels."

Julian King, EU Commissioner for the Security Union: "In the most recent terrorist attack on London Bridge and Borough Market the victims had many nationalities. Terrorists do not respect or recognise borders and in our resolve to defeat them we must draw on a new-found determination to work together, sharing information and expertise. We are stronger together."

Rob Wainwright, Europol Executive Director: "Never before has the need for information sharing become more evident as it has in the past two years, with the unprecedented form of jihadist terrorist attacks across Europe that led to 135 victims. In contrast to ethno-nationalist and separatist terrorism, and most manifestations of both right-wing and left-wing violent extremism, jihadist terrorism has an international character and therefore needs an international answer from cross-border law enforcement."

Some of the findings reported in the TE-SAT 2017: