07 September 2017
Press Release
Press Release/News
PrintPDF
On 6 and 7 September 2017, over 550 police chiefs and senior law enforcement representatives from all over the world gathered at Europol’s headquarters for the 2017 European Police Chiefs Convention (EPCC). 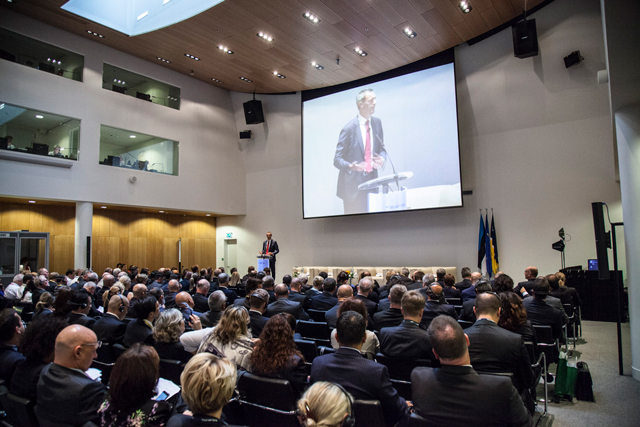 Co-hosted by Europol and the Estonian Police in the context of the Estonian Presidency of the Council of the EU, this year’s convention was the largest ever gathering of police chiefs and senior representatives from law enforcement authorities since the first EPCC organised by Europol in 2011. The event saw the participation of high-level representatives from the EU Member States, as well as 23 non-EU countries. Representatives from six EU organisations (European Commission, Council of the European Union, FRONTEX, CEPOL, EU IPO and EUNAVFOR MED), eight international institutions (INTERPOL, Euromed Police, World Customs Organization (WCO), UNHCR, International Association of Chiefs of Police (IACP), the International Centre for Migration Policy Development (ICMPD) , the Gulf Cooperation Council (GCCPOL) and the Global Initiative against Transnational Organized Crime), alongside experts from the private sector and academia, also attended the event. 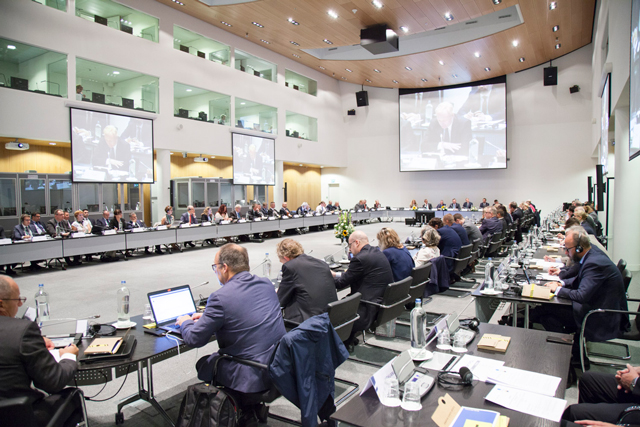 Participants discussed main issues concerning the security of the EU and beyond, including: the spread of terrorist and violent extremist propaganda online and law enforcement’s response; the use of financial intelligence as a critical tool for successful counter-terrorism and organised crime investigations; crime in the age of technology; cybercrime; and migrant smuggling.

Rob Wainwright, Europol’s Executive Director said: ‘’The complexity of the threats we face, particularly in this age of technology, requires strong cross-border law enforcement cooperation. Only by working together across traditional boundaries, and by enhancing the exchange of information and expertise, can we efficiently combat transnational criminal groups and terrorists. The 2017 EPCC, with an incredibly strong representation from the international law enforcement community, provides a unique platform for the EU Member States and partner countries to strengthen our cooperation and to tackle together the biggest challenges facing law enforcement today.’’ 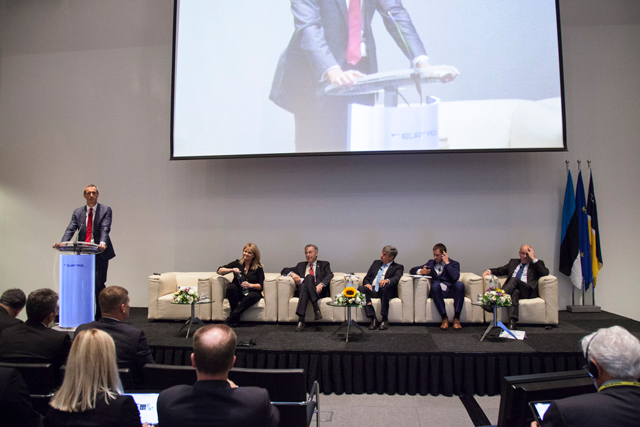 During this year’s EPCC, a total of 146 bilateral and multilateral meetings took place in the margins of the event, which involved more than 1400 participants. This allowed chiefs of police and high-level representatives to share strategies on operational matters and further strengthen their cooperation.