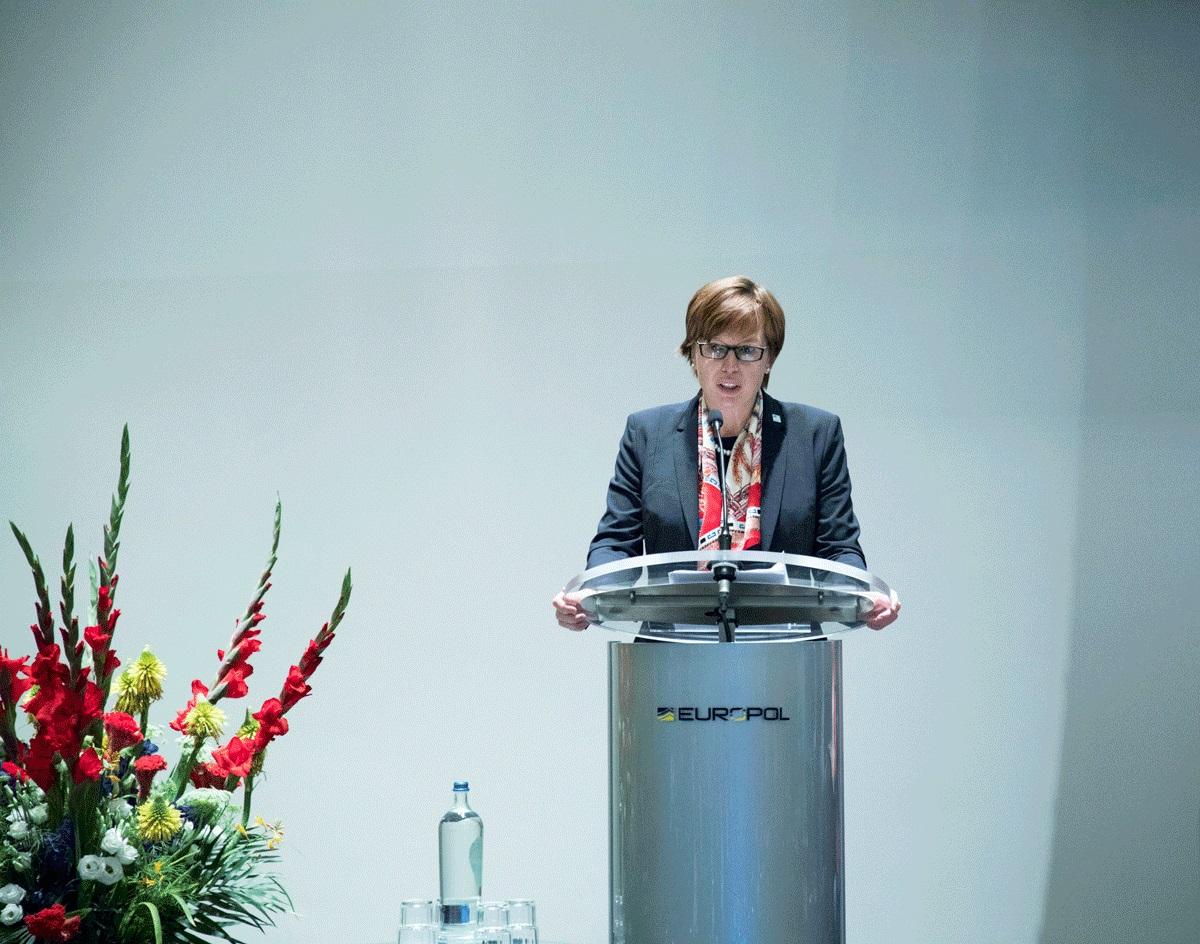 On 26, 27 and 28 September 2018, over 500 police chiefs and senior law enforcement representatives from almost 60 countries gathered at Europol’s headquarters in The Hague for the 2018 European Police Chiefs Convention (EPCC).

Co-hosted by Europol and the Austrian Police in the context of the Austrian Presidency of the Council of the EU, the EPCC saw the participation of high-level representatives from all EU Member States, non-EU countries, agencies and institutions of the EU, as well as international organisations. Hundreds of bilateral and multilateral meetings took place in the margins of the event. This unique opportunity allowed chiefs of police and high-level representatives from law enforcement agencies to share strategies on operational matters and their vision of international policing. Accordingly, the main topics discussed at the EPCC were interoperability of databases, community policing, and Europol as a knowledge-sharing hub.

One of the outcomes of the EPCC was the intention of police chiefs to explore how to better cooperate across borders and tackle the ever-changing landscape of crime. Police chiefs also called on Europol to act even more as a network organisation, where law enforcement could connect with each other, to compare problems and solutions with their peers, and share best practices and police knowledge. As crime is globalised, in particular with the development of the internet, the only way that society can combat international crime is through a close cooperation between law enforcement.

Europol’s Executive Director Catherine De Bolle said: "This convention, my first as Executive Director of Europol, is a unique opportunity for me to hear the opinions of police chiefs and heads of law enforcement agencies. Coming to Europol’s headquarters from all over the world they bring with them an immense breadth of experience and knowledge of both policing issues and solutions. I see a clear expectation for us to strengthen our role as a network organisation and an information hub for police knowledge. In addition, Europol will look at ways to respond to expectations from our partners for even more agile and targeted operational support, and we will further work with law enforcement agencies to develop new knowledge, through innovation. I am convinced that only when working together we can make Europe safer. "

This year’s EPPCC was the first European Police Chiefs Convention under the leadership of Catherine De Bolle who took office as Europol’s Executive Director in May this year. In her first five months at Europol, Ms De Bolle visited already 25 EU Member States and had been listening to feedback from the competent law enforcement authorities. Alongside the European Police Chiefs Convention, two more major meetings were held at Europol: the EUROMED meeting, and the European Customs DG meeting.