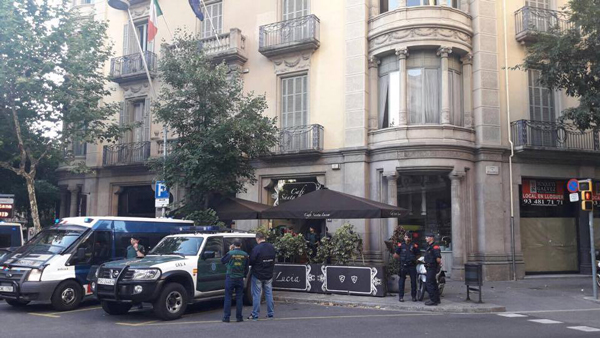 This morning, over 330 law enforcement officers from Germany, Italy, Spain and Europol have carried out 35 house searches and arrested 30 members of an organised crime group involved in international drug trafficking and money laundering.

Investigations are still on-going and further arrests are expected in the near future.

Simultaneously, the investigators identified and seized assets worth of EUR 5 million in Germany, Italy, Portugal, Spain, and the UK.

This is the result of a complex international investigation led by Germany, Italy, and Spain and supported by Europol which has focused on an organised crime group active in several European countries. Eurojust has also supported this investigation.

The criminals were trafficking drugs and laundering the criminal proceedings by using front men, shell companies and different financial schemes (e.g. misuse of the financial system, especially to open and operate multiple bank accounts; exploit the financial markets and its products such as loans and stock market trading).

Europol has offered full support to the EU Member States involved throughout the investigation.

Additionally, 10 Europol financial intelligence, cybercrime and organised crime specialists – equipped with mobile offices and forensic devices – were deployed in Germany, Italy and Spain to support the investigators in real time. This included the possibility of accessing Europol’s database and cross-checking information against it, as well as recovering digital evidence and data from the devices seized (phones, tablets, computers).

A joint investigation team (JIT) agreement was also signed between Italy and Spain. This allowed the investigative teams to identify several companies (e.g. restaurants, car dealers etc.) used by the criminals to launder money and to seize circa 1 tonne of drugs (some 520 kilos of cocaine and 450 kilos of hashish and marijuana).