Animal food and alcoholic beverages are the most seized products 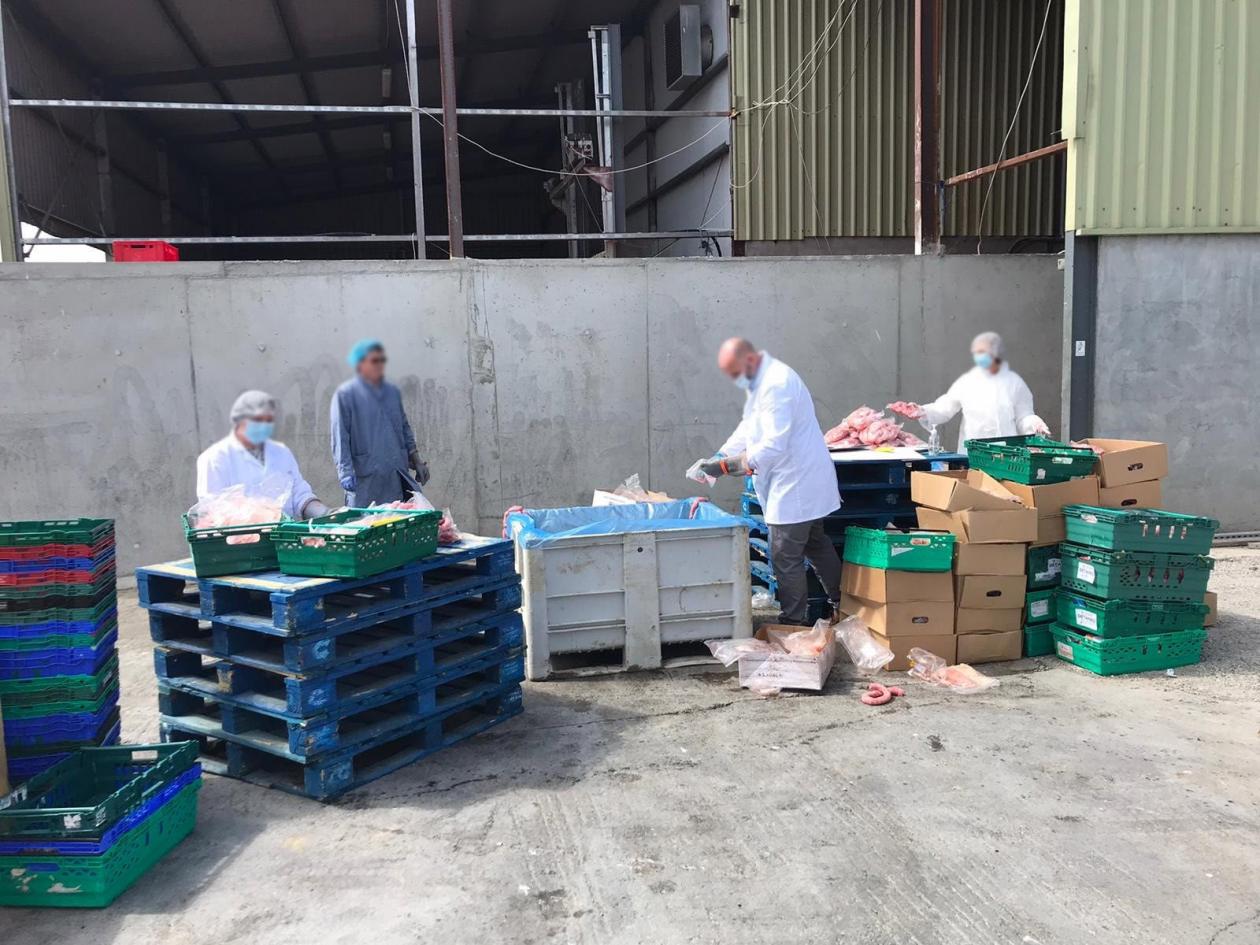 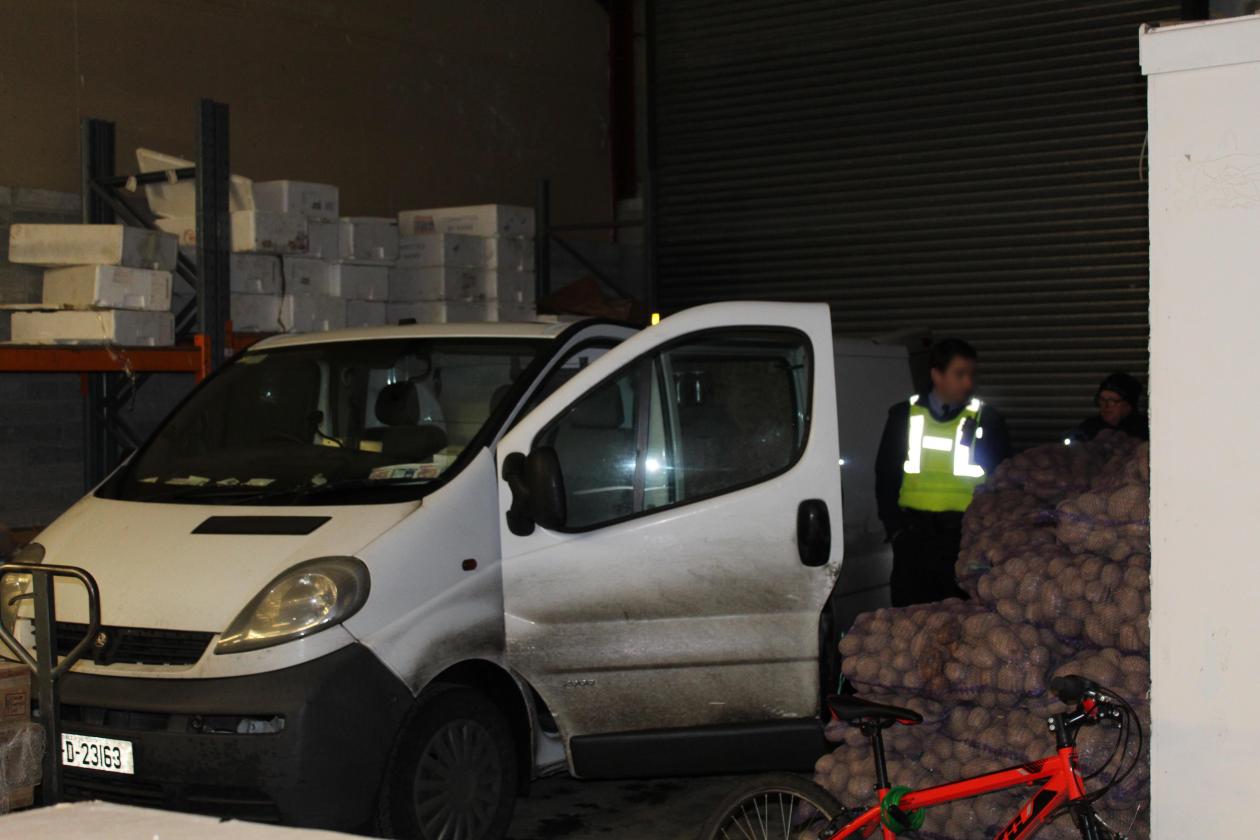 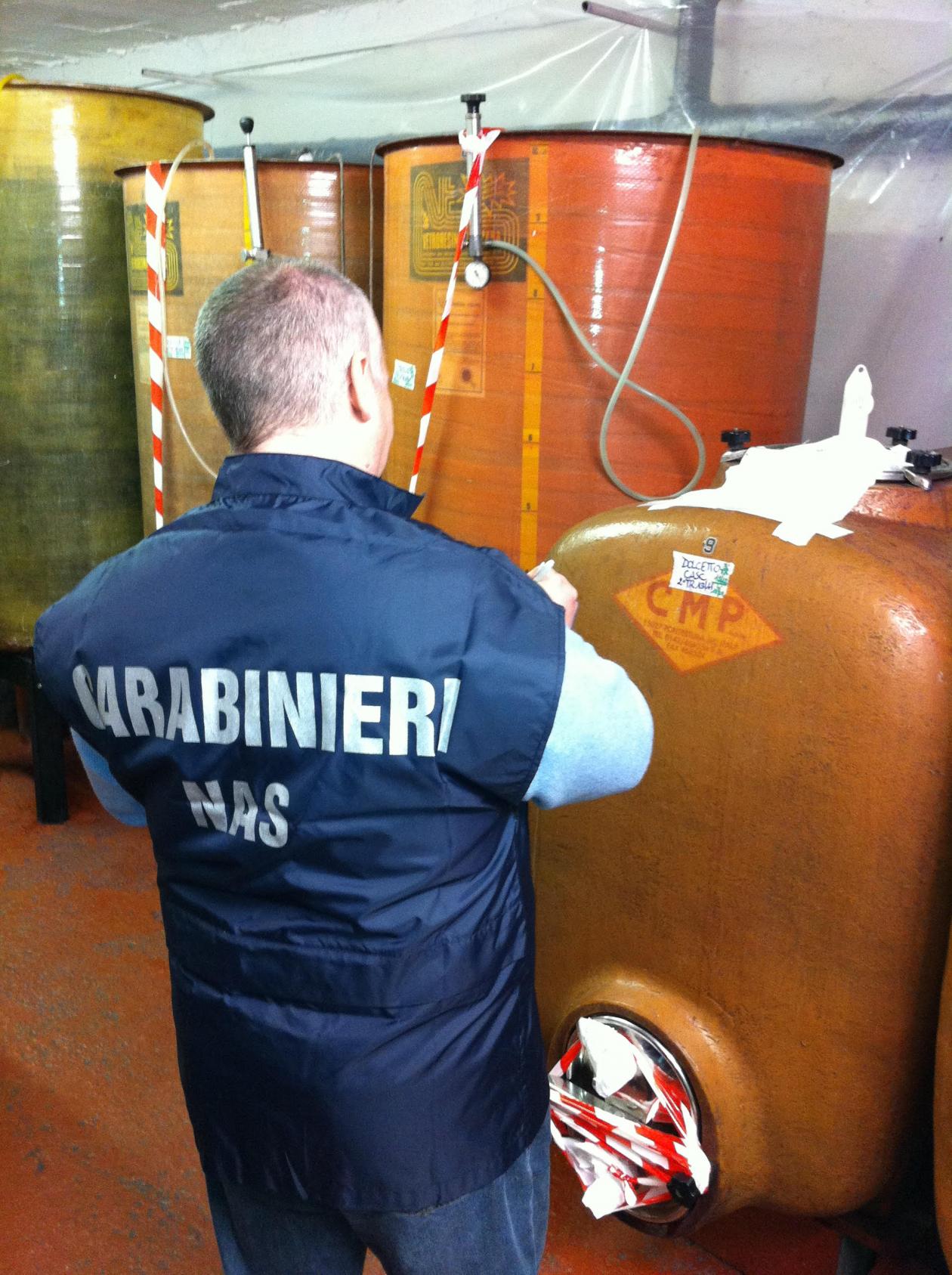 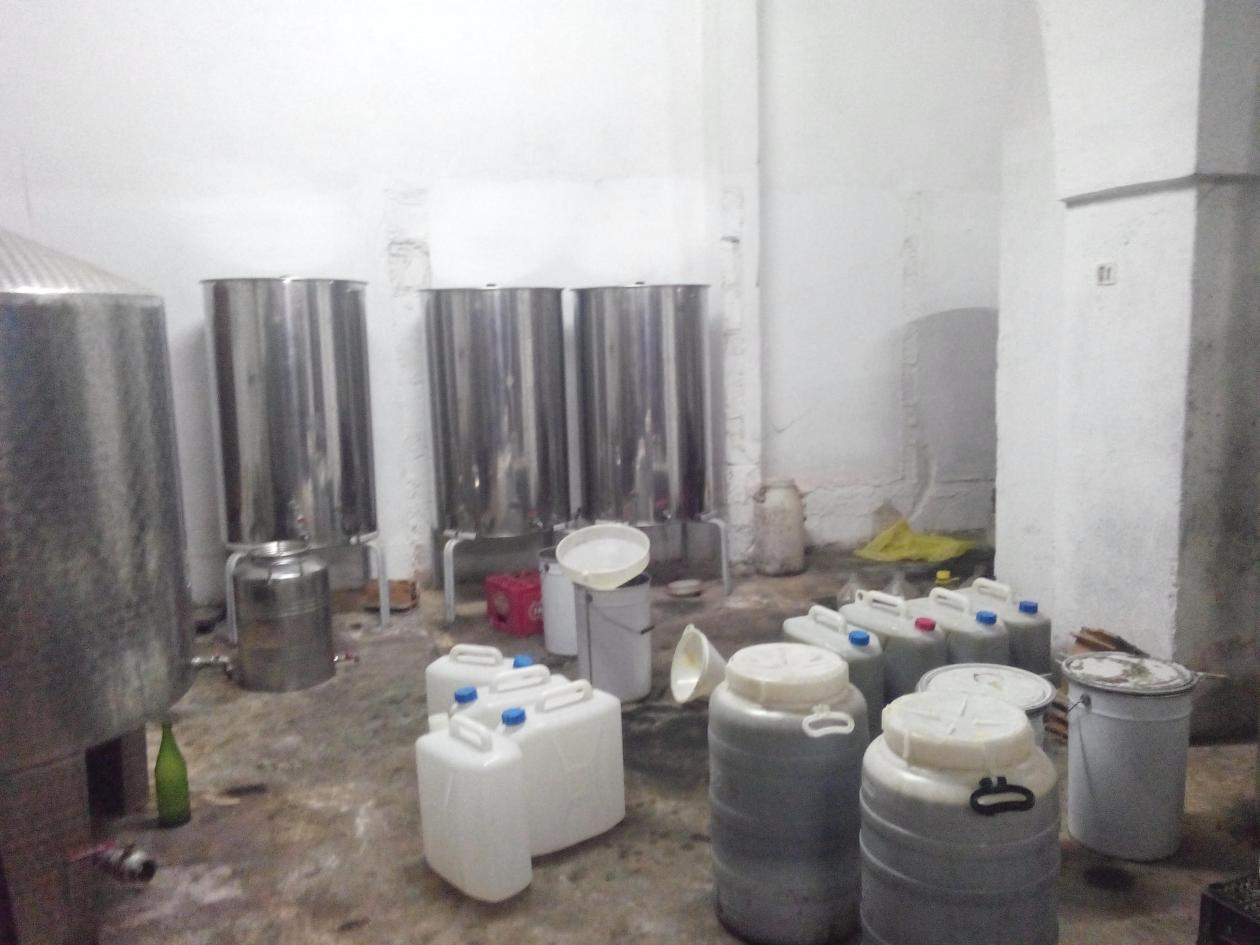 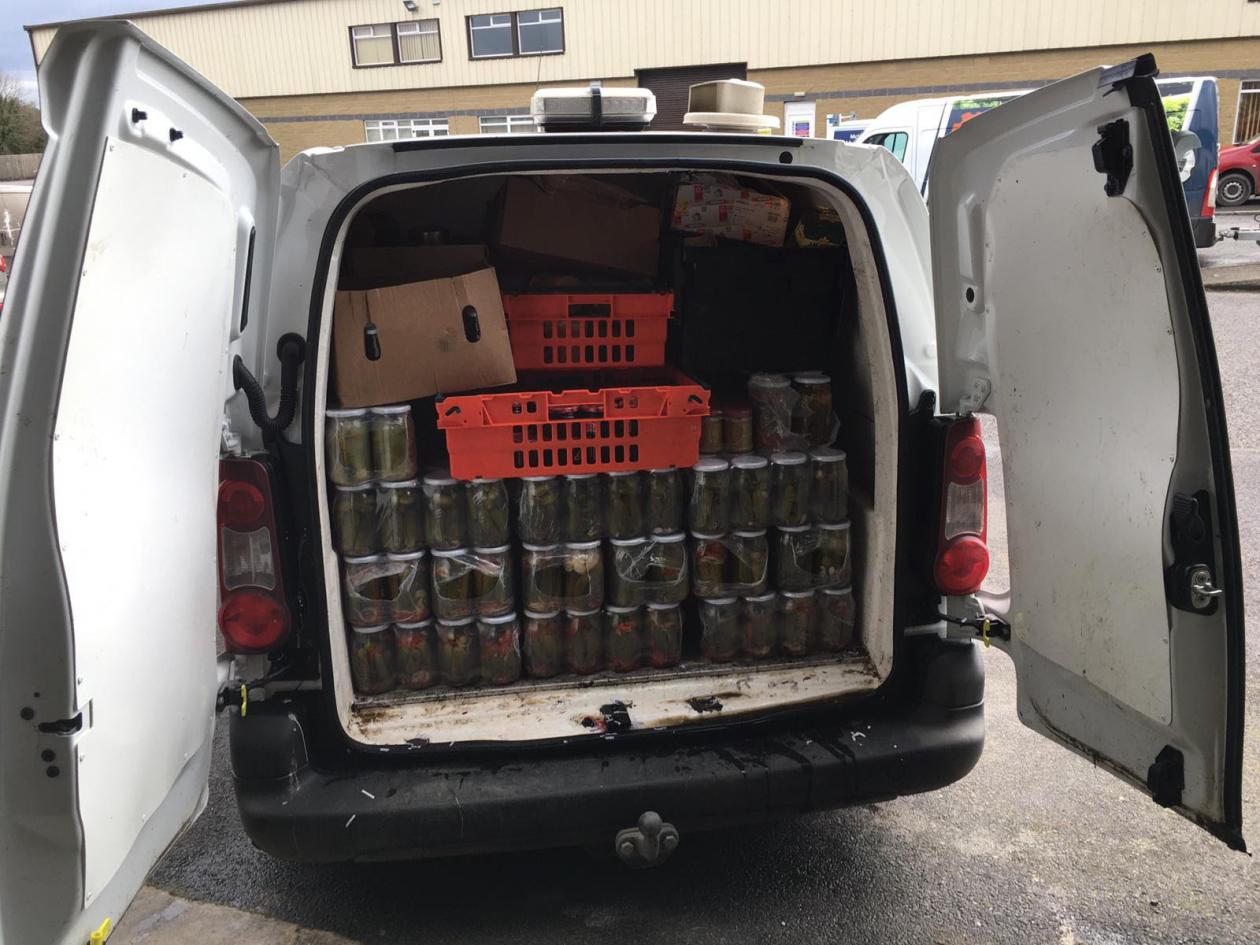 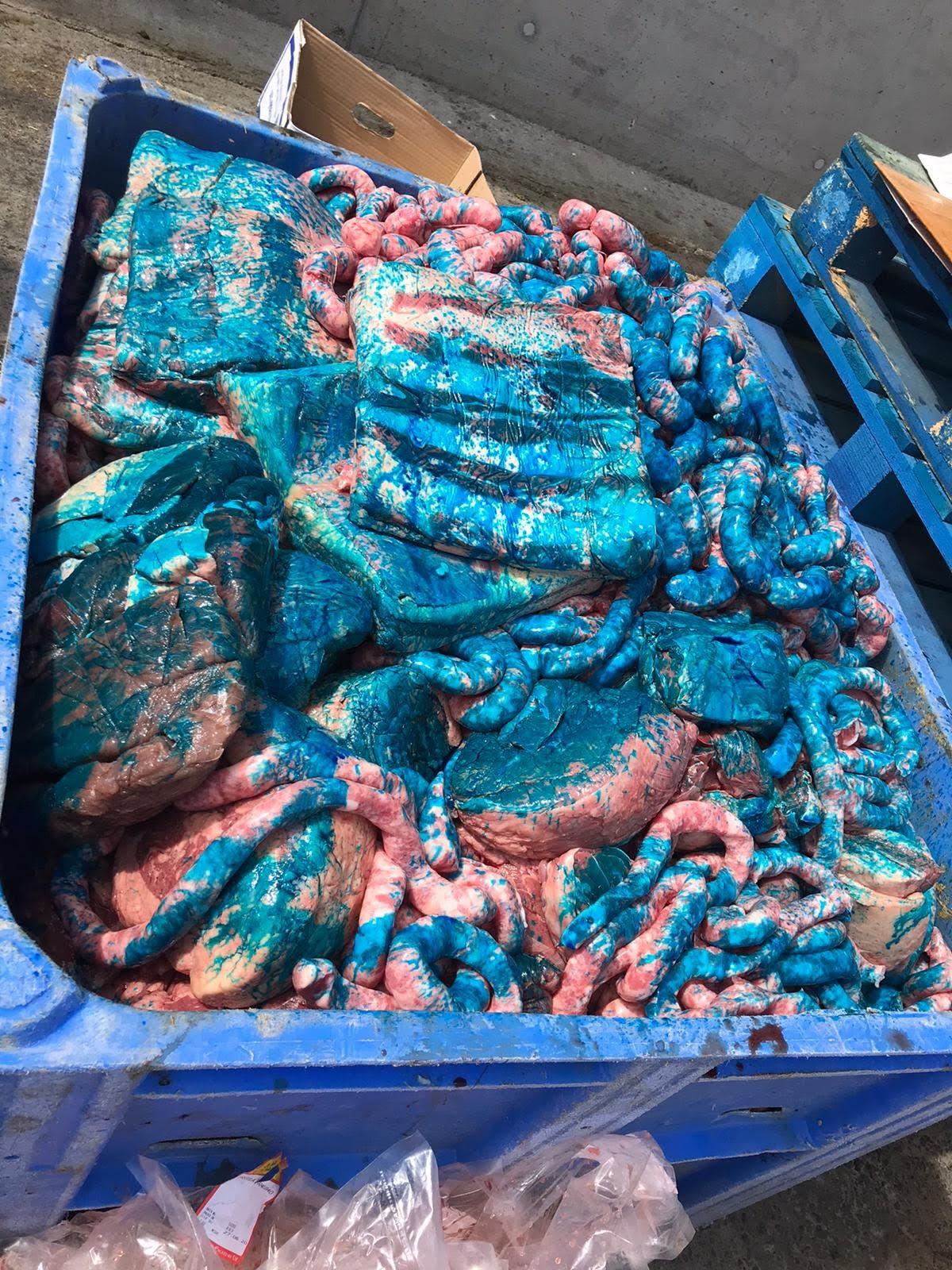 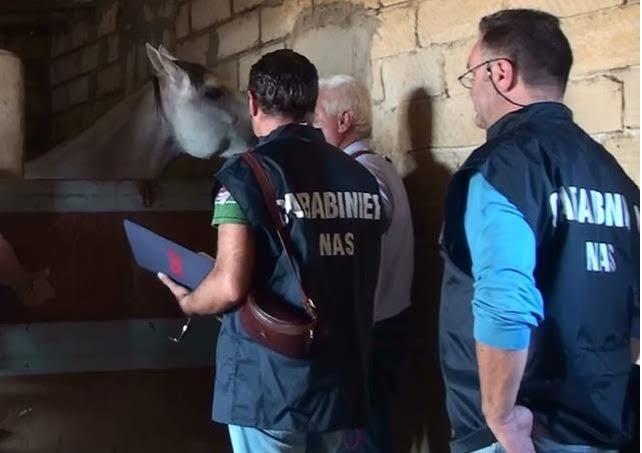 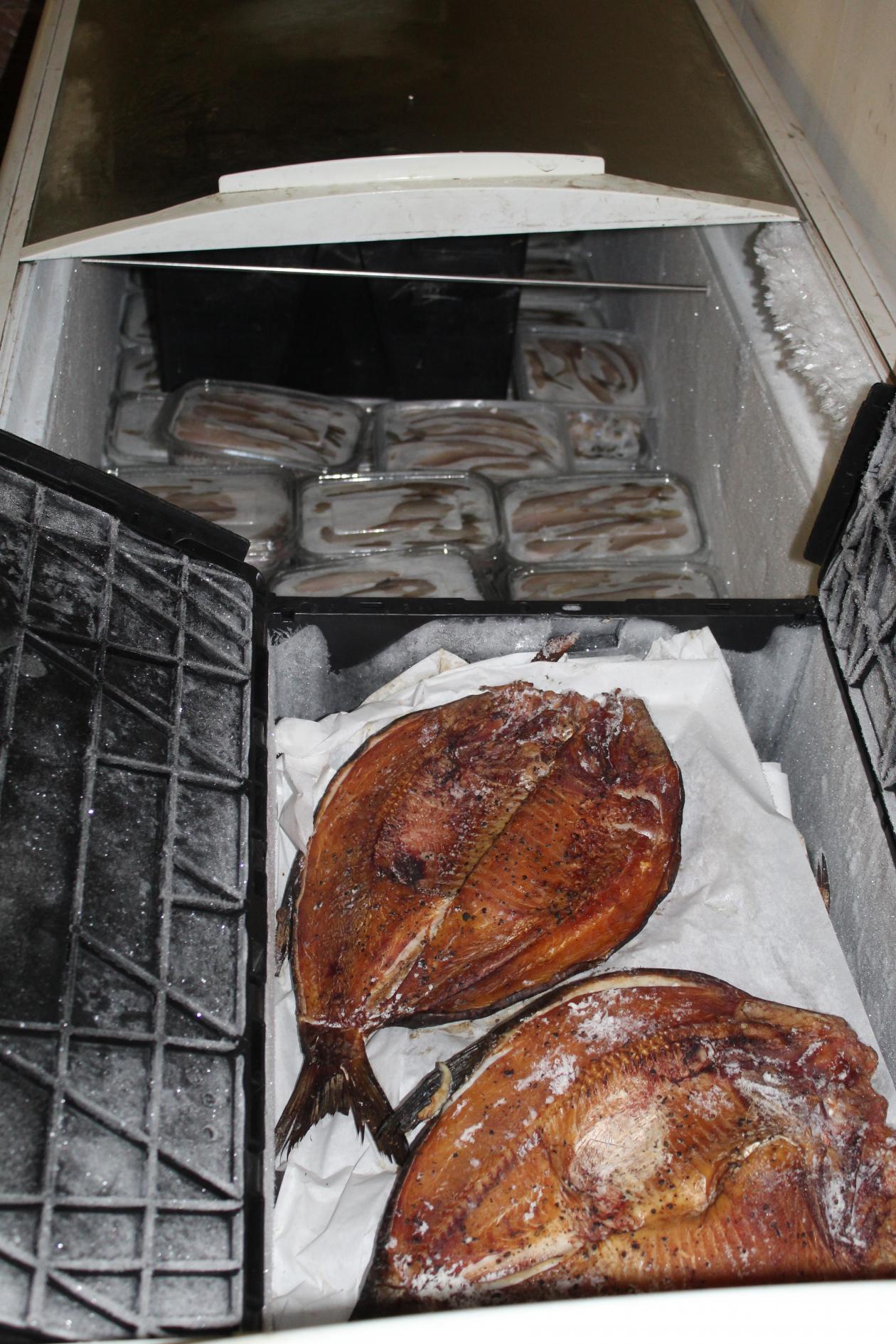 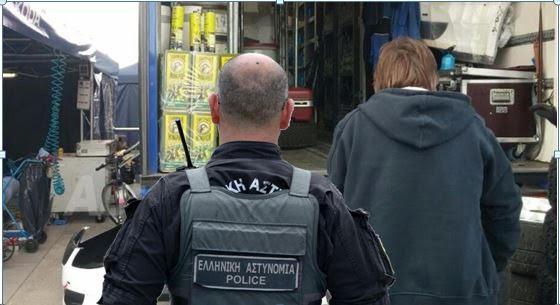 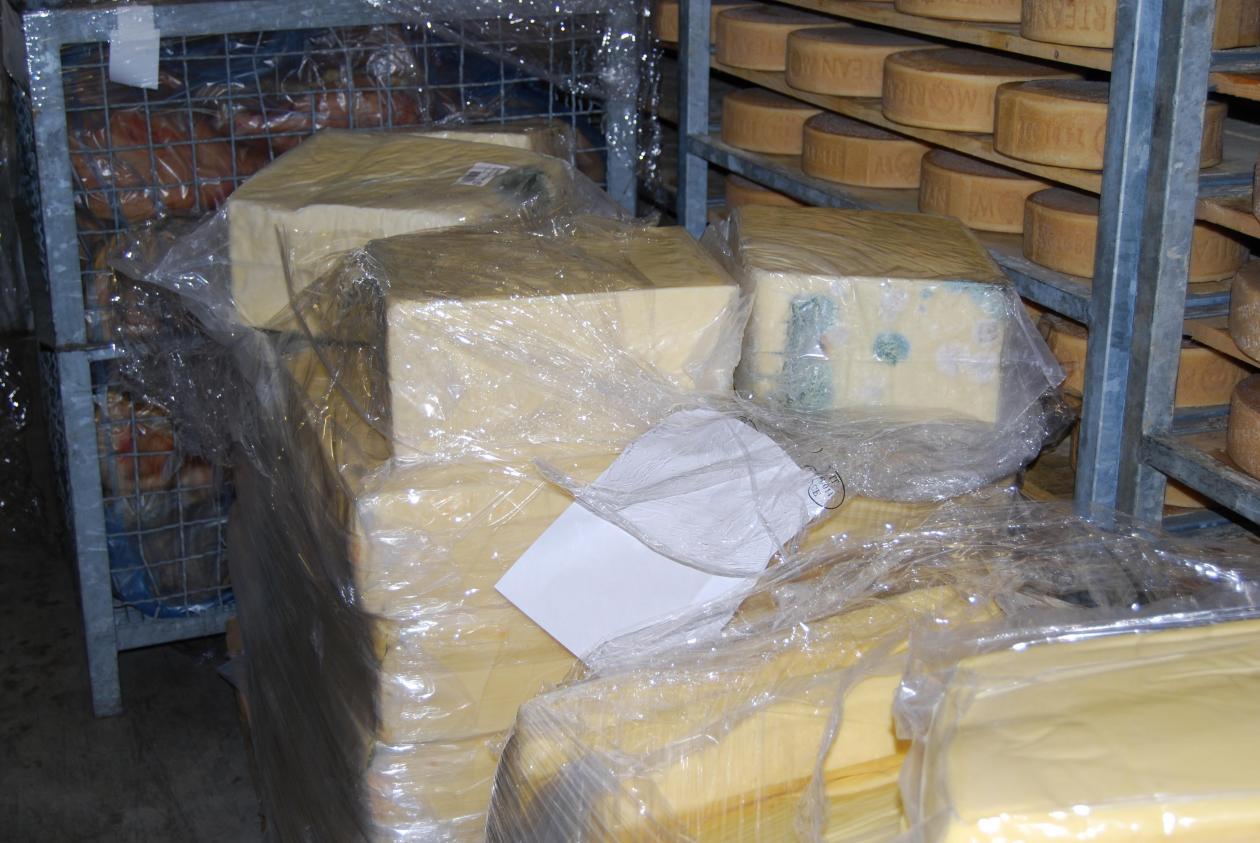 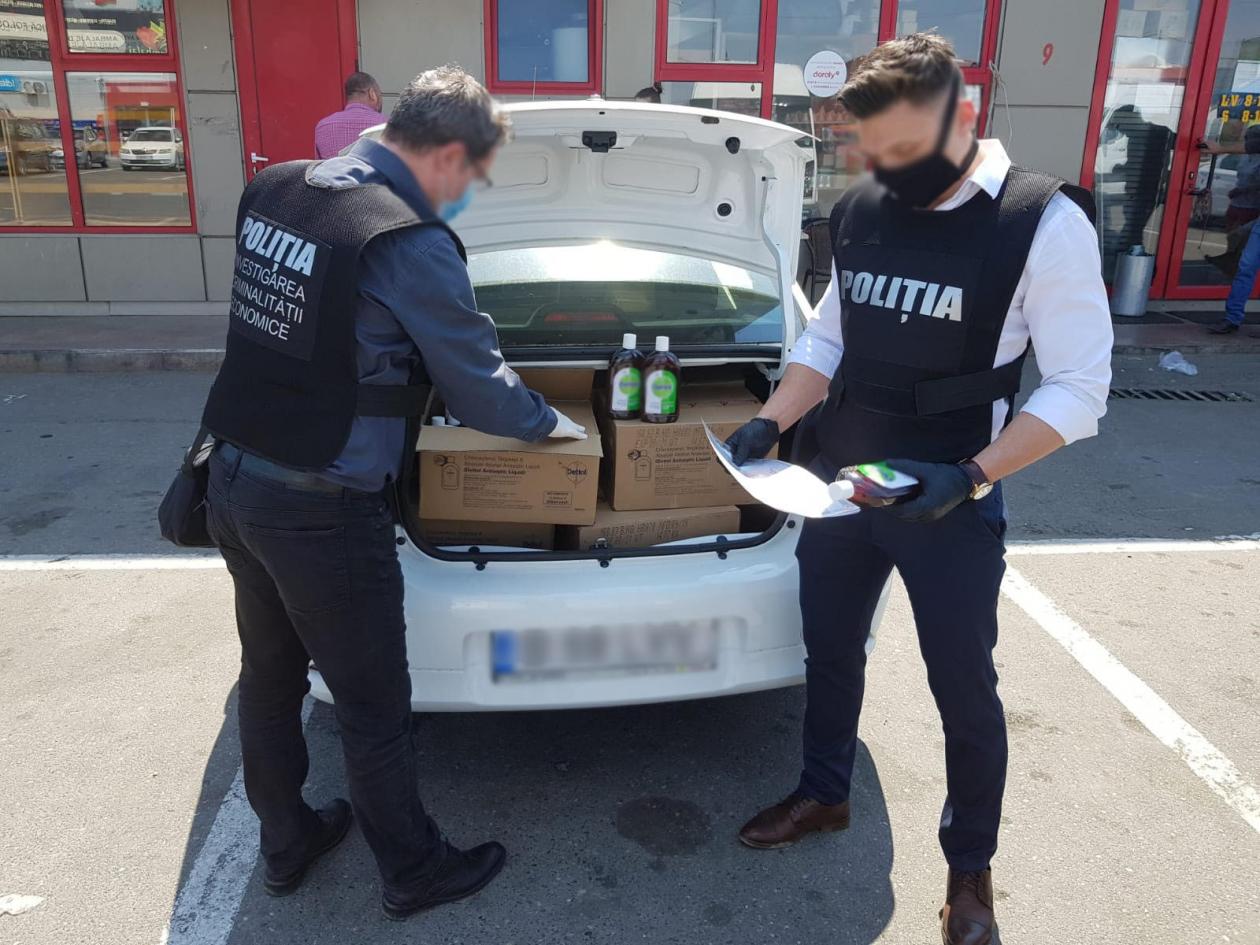 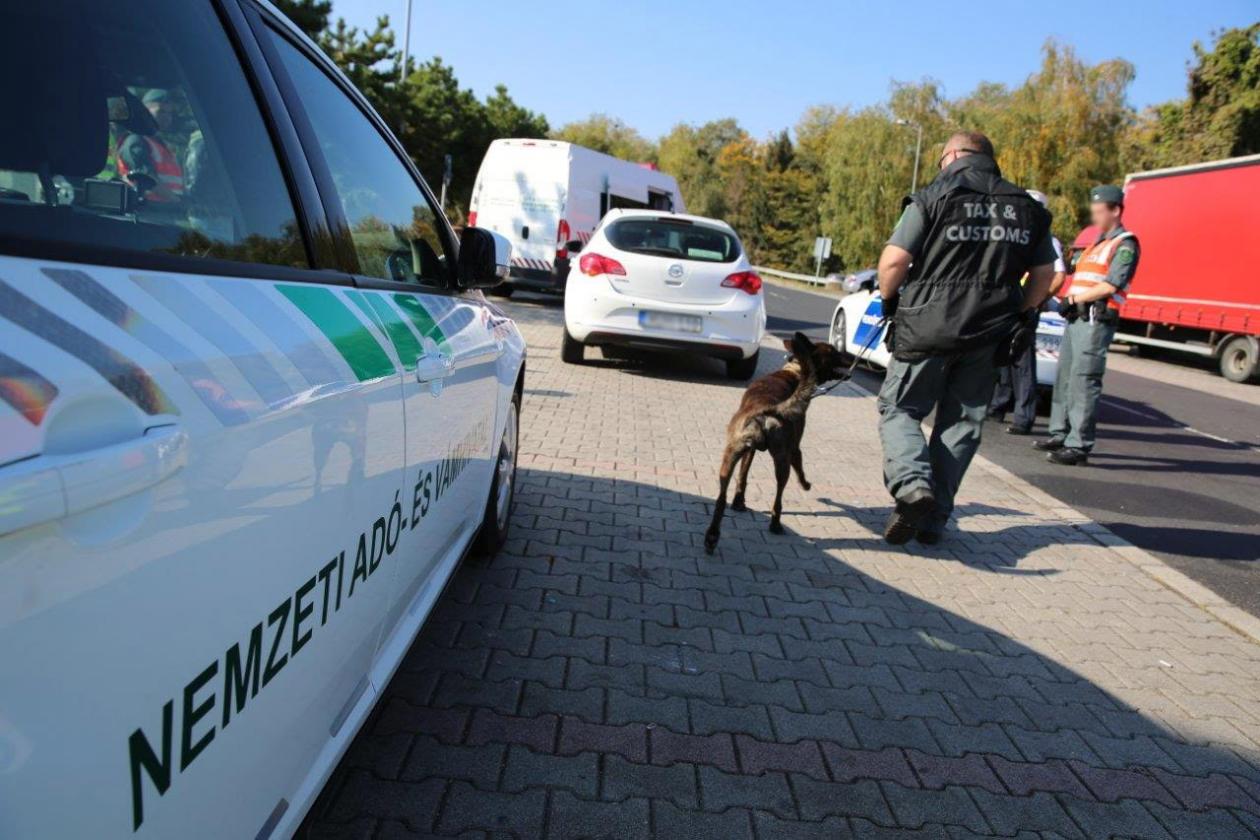 Europol and INTERPOL coordinated operation OPSON 2020 which targeted trafficking of counterfeit and substandard food and beverages. The ninth operation of its kind, it ran from December 2019 to June 2020 and involved law enforcement authorities from 83* countries and was also supported by the European Anti-Fraud Office (OLAF), the European Commission, the European Union Intellectual Property Office (EUIPO), national food regulatory authorities and private sector partners.

Counterfeit and substandard food and beverages can be found on the shelves in shops around the world. The increasing online sale of such potentially dangerous products poses a significant threat to public health. Operation OPSON was created to combat organised crime involved in this area. This year’s operational activities have found a new disturbing trend to address: the infiltration of low-quality products into the supply chain, a development possibly linked to the COVID-19 pandemic.

This year’s operation OPSON led to the dismantling of 19 organised crime groups involved in food fraud and the arrests of 406 suspects. More than 26 000 checks were performed. As a result, about 12 000 tonnes of illegal and potentially harmful products worth about €28 million were seized. With more than 5 000 tonnes seized, animal food was the most seized product, followed by alcoholic beverages (more than 2 000 tonnes), cereals, grains and derived products, coffee and tea and condiments. Large amounts of saffron were seized: 90kg in Spain and 7kg in Belgium with an estimated value of more than €306 000. The US authorities seized 147kg of raw apricot kernel seeds sold as a cure for cancer.

The project resulted in the seizures of 320 tonnes of smuggled or substandard dairy products. National authorities seized rotten milk and cheese which posed a threat to consumer health. Additionally, 210 tonnes of cheese were seized, which did not meet the conditions to be labelled with a protected geographic denomination.

A Bulgarian investigation into an unregistered warehouse revealed seven samples of cheese tested positive for starch and E.coli. The authorities seized 3.6 tonnes of unsafe dairy products, which were supposed to be processed into melted cheese.

A total of 149 tonnes of cooking oil was seized as a result of this targeted action led by Greece. About 88 tonnes from the seizures were olive oil and were reported by Albania, Croatia, France, Greece, Italy, Jordan, Lithuania, Portugal and Spain.

In Italy, during a check on a company producing olive oil, inspectors found a surplus of product, which was not registered in the official documents of the company, thus more than 66 tonnes of olive oil were seized.

#3 Targeted action on alcohol and wine

Law enforcement authorities, coordinated by OLAF, seized 1.2 million litres of alcoholic beverages, with the largest quantity being wine. Norwegian authorities seized more than 5 000 litres of vodka smuggled in a trailer.

As a response to this dangerous criminal trend, Europol launched a dedicated project to support national authorities in combating the sale of illegal horse meat, led by Belgium, Ireland and the Netherlands and supported by DG SANTE.

The operational activities focused on checks of documents of more than 157 000 horses from eight countries and about 117 tonnes of horse meat. Live animals and more than 17 tonnes of horse meat were seized from several slaughterhouses in Belgium, Ireland, Italy, Spain and the Netherlands. Inspections of slaughterhouses in several countries showed that about 20% of the foreign passports used for these horses showed signs of forgery. Competition horses with forged documents were also sent to slaughterhouses.

Despite the COVID-19 pandemic, which partially affected operation OPSON and its overall results, law enforcement authorities from participating countries did their utmost to implement the planned operational activities.

Europol’s IPC3 is co-funded by EUIPO (European Union Intellectual Property Office) to combat intellectual property crime. Since its creation, the total seizures of illegal food and beverages made during operations OPSON VI, VII, VIII and IX are worth around €450 million.

In times of crises, criminals always look for new ways to abuse consumers and increase their illegal profit to the harm of public safety. Counterfeit and substandard food is not only deceitful to consumers but can also pose a significant threat to their health. Our annual Operation OPSON shows in its ninth year that cooperation between law enforcement, regulatory authorities and the private sector is crucial to protect both consumers and businesses from the harm criminals try to put on our plates.

As countries around the world continue their efforts to contain COVID-19, the criminal networks distributing these potentially dangerous products show only their determination to make a profit. The scale and variety of food and drink seized during this operation serves as a reminder for members of the public to be vigilant about what they buy, and the need for continued vigilance and action by law enforcement.

During a global pandemic there can be few things more important to citizens than knowing that their food and drink meets the highest health and hygiene standards. Europol and the other enforcement authorities are to be congratulated on taking coordinated action to help stamp out this callous crime, which has potentially severe consequences both for health and the environment.

Illicit, counterfeit and adulterated alcoholic beverages mean much more than lost revenues for businesses or public authorities; they also pose a real risk to people’s health and safety. Protecting citizens from the harm that these illicit products can bring is a key part of OLAF’s work, and that is why we were happy to assist Europol in this important operation. The success of OPSON clearly shows the benefits of Europol and OLAF working together with national customs and police authorities. Together we make a real difference in keeping people safe, protecting vital sources of public revenue and ensuring that legitimate businesses can continue to trade safely and effectively.

Since 9 years the OPSON operation helps to protect consumers and honest food business operators in Europe. The EU Food Fraud Network complements effectively the work of the enforcement authorities and the justice system in the EU and thus making a real difference in the fight against food fraud. These new results show how effective we can work together, even under the influence of the current health crisis. The Commission will, as announced in the Farm to Fork strategy, continuously invest in the fight of food fraud and is stepping up the tools to fight against these practices. We aim to make the food market more sustainable and resilient against fraud. Deepening the cooperation contributes to a more robust, secure and sustainable food system and thus protects all of us as daily consumers.