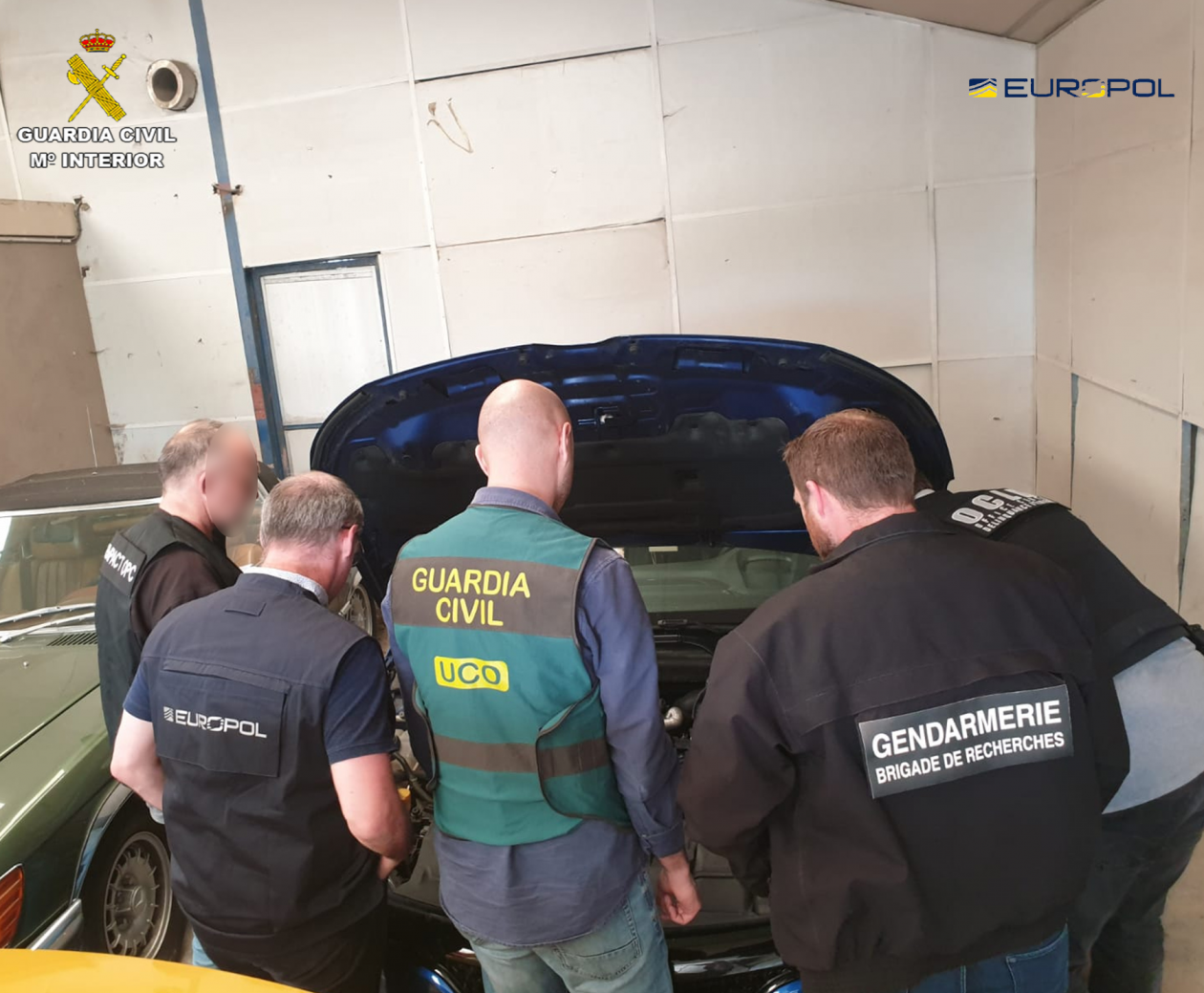 Europol has supported the Spanish Guardia Civil and the French Gendarmerie Nationale to dismantle an organised crime group involved in the stealing of vehicles. 40 individuals were arrested in connection to this case (32 in Spain, 8 in France) and 118 stolen vehicles were recovered, the sale of which would have brought over € 4 500 000 to this criminal organisation.

Several house searches were carried out in the region of Madrid (Spain). Chemical substances and professional tools used to manipulate license plates, chassis numbers and false documents, as well stolen cars ready to be exported abroad were discovered and seized.

Initiated in January 2018 by the Spanish authorities, the investigation uncovered that this crime group had been stealing original vehicle documents and vehicles of the same brand as the ones mentioned in the documents. Afterwards, they falsified the vehicles’ identification numbers, produced fake license plates containing valid information and sold these vehicles to Spanish and French car dealers as well as online. The asking price for the stolen vehicles was always slightly below the market price in order to secure a quick sale.

Throughout the investigation, Europol facilitated the exchange of intelligence, hosted and participated in a number of operational meetings and provided analytical support to the investigators. A Europol property crime expert was deployed to France for the action day earlier in June to provide on-the-spot intelligence analysis and forensic support.

The evidence which was gathered during the action days in France and Spain is now being analyse to recover additional vehicles stolen by this organised crime gang.

In 2010 the European Union set up a four-year Policy Cycle to ensure greater continuity in the fight against serious international and organised crime. In 2017 the Council of the EU decided to continue the EU Policy Cycle for the 2018 - 2021 period. It aims to tackle the most significant threats posed by organised and serious international crime to the EU. This is achieved by improving and strengthening cooperation between the relevant services of EU Member States, institutions and agencies, as well as non-EU countries and organisations, including the private sector where relevant. Organised Property Crime is one of the priorities for the Policy Cycle.