Tackling human trafficking, one of the EU’s major priorities in serious and organised crime 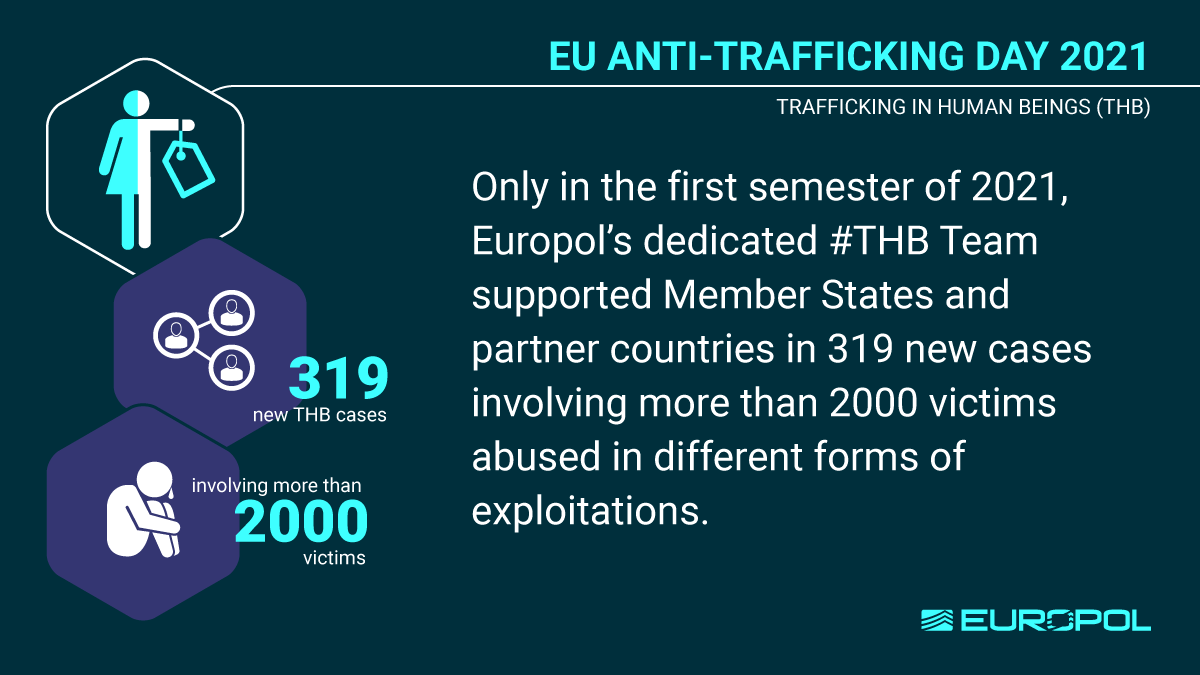 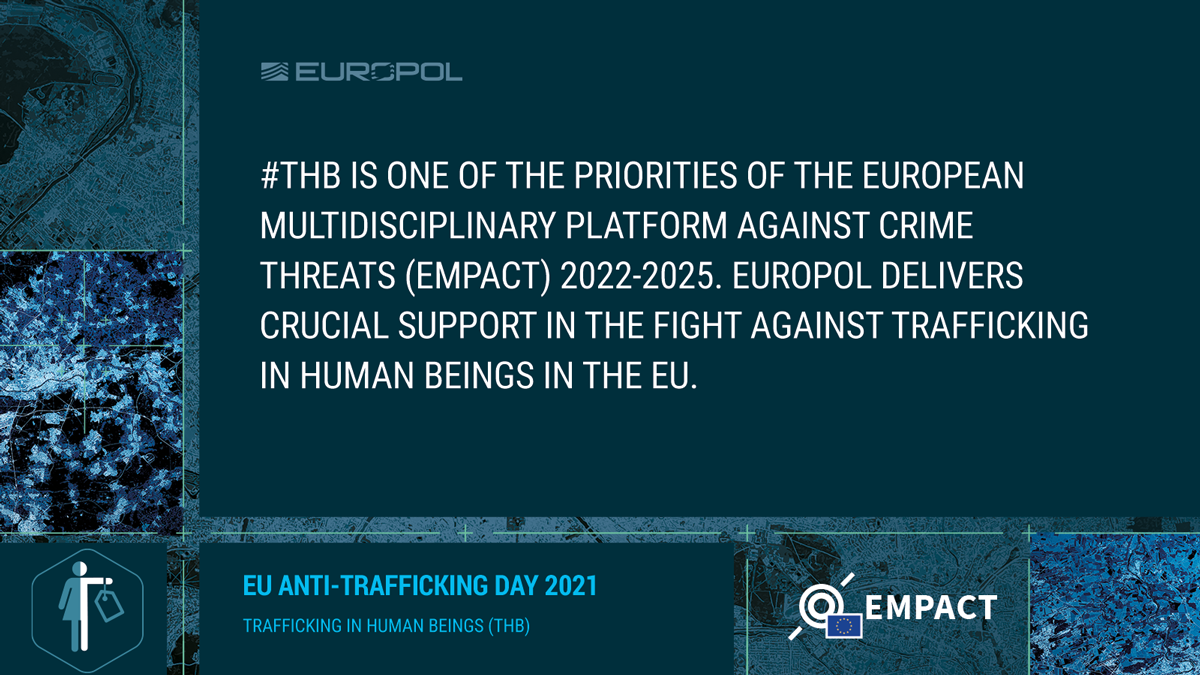 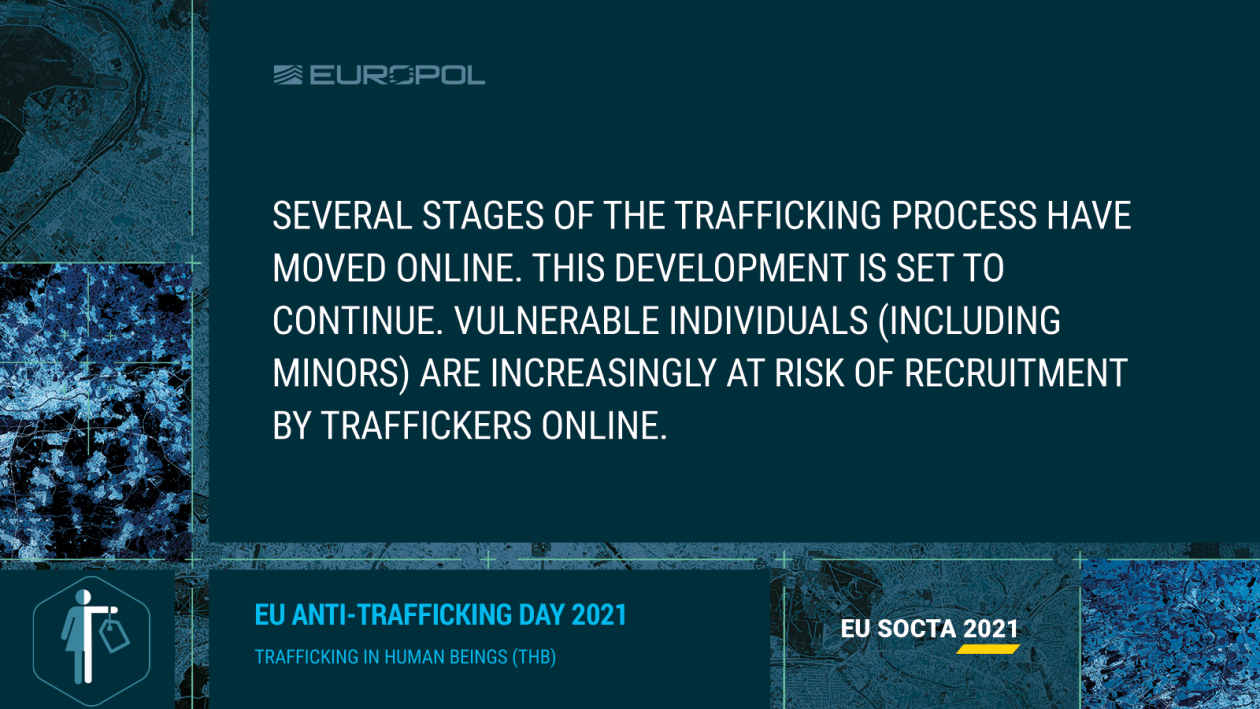 Trafficking in human beings is a key threat perpetrated by criminal networks across the EU and harms victims through different forms of exploitation. Sexual exploitation is carried out in clandestine settings and public environments, targeting both adults and minors of all genders. The origins of victims of trafficking in human beings used for sexual exploitation in the EU are highly diverse, with more than 55 different reported nationalities inside and outside the EU. Labour exploitation occurs in various sectors of the economy, with more loosely regulated sectors being particularly vulnerable. Victims are typically exploited as low-wage and low-skilled seasonal workers. Traffickers also abuse their victims through several other forms of exploitation such as forced begging and  forced criminality. Child trafficking is a particularly serious crime as it targets such vulnerable members of society. The trafficking and exploitation of underage victims occurs across the EU and targets both EU and non-EU victims, for various types of exploitation.

Human trafficking has a severe impact on the life of victims, often leaving them exposed to long-term social, physical and psychological harm. Law enforcement authorities have been increasing efforts in tackling traffickers and bringing victims to safety. Additional efforts have been invested as part of the EU’s European Multi-Disciplinary Platform Against Criminal Threats (EMPACT) framework. In 2021, three action weeks specifically focused on combating child trafficking, labour exploitation and labour exploitation in the agricultural sector. These EMPACT activities strengthen the cross-border and multi-agency cooperation in tackling human trafficking. In 2021, the three action weeks led to 416 arrests, more than 130 suspected traffickers identified in addition and the identification of almost 900 potential victims of exploitation.

In 2017 the Council of the EU decided to continue the EU Policy Cycle for the 2018 - 2021 period. It aims to tackle the most significant threats posed by organised and serious international crime to the EU. This is achieved by improving and strengthening cooperation between the relevant services of EU Member States, institutions and agencies, as well as non-EU countries and organisations, including the private sector where relevant. Trafficking in Human Beings are two of the priorities for the Policy Cycle. From 2022, the mechanism becomes permanent under the name EMPACT 2022+.
Crime areas
Trafficking in Human Beings
Target groups
General Public
Law Enforcement
Academia
Professor
Students
Researcher
Press/Journalists
Other