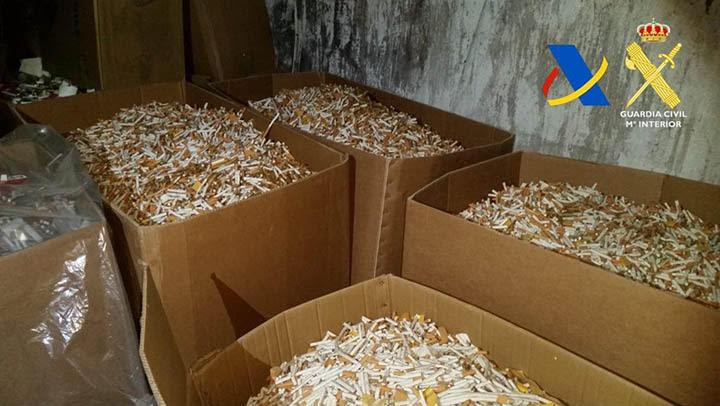 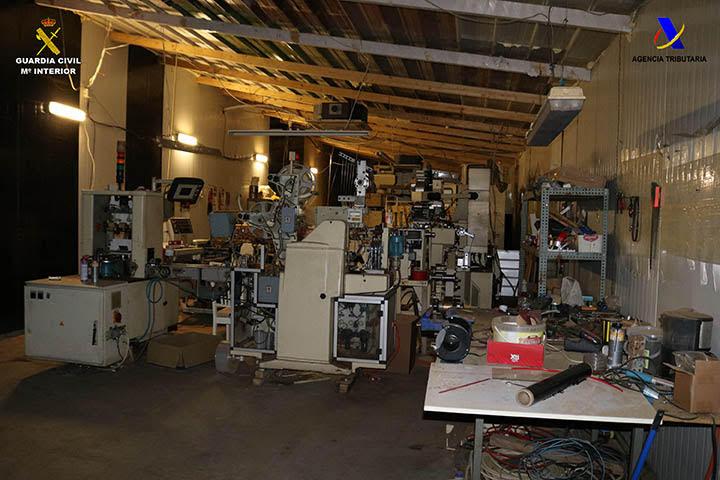 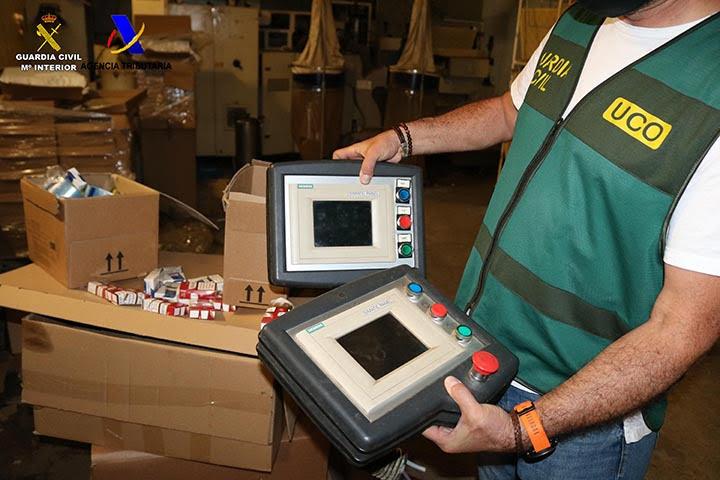 On 22 July, Guardia Civil and customs officers raided in the Spanish town of Borjas Blancas an illegal tobacco factory producing 9,000 cigarettes per hour. 7 people were arrested in connection with these raids, including the criminal ringleader at his private residence in the town of Mataró, his accomplice in the town of La Junquera and 2 factory workers arrested at the scene, all of them Lithuanian and Polish nationals.  3 drivers were also arrested in earlier actions against this organised crime group.

Close to one million cigarettes ready to be shipped were seized at the scene, alongside €72,640 in cash presumably resulting from the sale of the cigarettes.

The illegal factory had the capacity to accommodate 14 workers who would work in shifts to maintain round-the-clock production.

This action day is the culmination of an operation initiated at the end of last year after Europol shared with the Spanish Guardia Civil intelligence about a transnational organised crime network operating in the region of Catalonia and illegally manufacturing large quantities of tobacco products that were then sold primarily in Spain and France.

A number of actions have since taken place targeting the deliveries of tobacco products illegally manufactured by this criminal group. The first of these, conducted by the French Customs, resulted in the seizure of close to 5 million cigarettes, transported in a lorry which was entering the French territory. The driver, a Polish national, was arrested.

In a similar action on 19 July, another lorry driving towards the French border was stopped at the Spanish town of Canfranc and 864 000 cigarettes were seized. The two Lithuanian drivers were arrested.

Europol actively supported this investigation by facilitating the exchange of information between all involved parties and analysing the operational data to identify the main targets as well as by organising coordination meetings in a secure environment at the request of Spanish investigators.

In 2010 the European Union set up a four-year Policy Cycle to ensure greater continuity in the fight against serious international and organised crime. In 2017 the Council of the EU decided to continue the EU Policy Cycle for the 2018 - 2021 period. It aims to tackle the most significant threats posed by organised and serious international crime to the EU. This is achieved by improving and strengthening cooperation between the relevant services of EU Member States, institutions and agencies, as well as non-EU countries and organisations, including the private sector where relevant. Excise fraud is one of the priorities for the Policy Cycle.
Crime areas
Economic Crime
Excise fraud
Target groups
General Public
Law Enforcement
Academia
Professor
Students
Researcher
Press/Journalists
Other