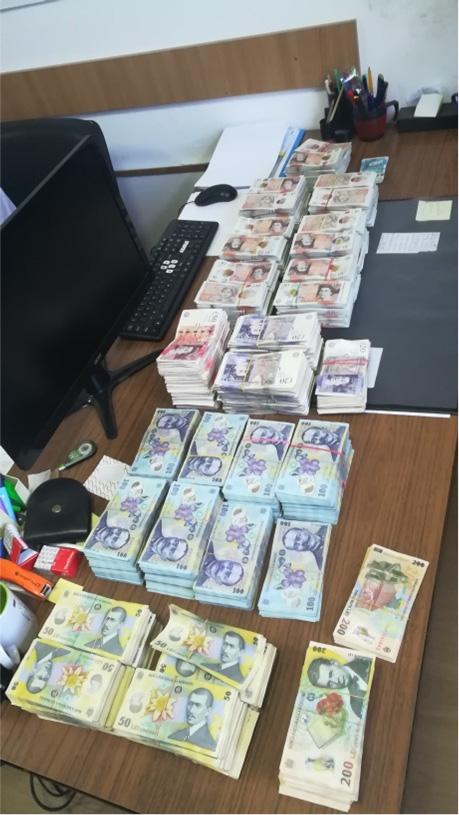 French and Romanian authorities arrested 11 members of an organised crime group (OCG) involved in the smuggling of 308 migrants to the UK in a joint action day. Eighteen house searches were carried out in Romania, where firearms and around €480 000 in cash were seized during the searches. The operation was supported by Europol and Eurojust. Europol’s European Migrant Smuggling Centre (EMSC) supported this investigation by providing analysis of operational data and hosting an operational meeting prior to the arrest phase. Joint Operational Team (JOT) Dunqett, under the EU EMPACT priority on the facilitation of illegal immigration, allowed for eight French investigators to travel to Romania and exchange information directly between the two authorities.

The OCG was composed mainly of Romanian truck drivers, intermediaries and leaders.

Smuggled migrants were mostly from Afghanistan, Iran, Iraq and Palestine*.

The OCG used trucks that belonged to Romanian companies. The migrants were transferred to transit sites in northern France, Belgium and the Netherlands, hoping to reach the UK as their final destination.

The truck drivers promised ‘guaranteed transit’ to the migrants and charged them a fee between €11 000 and €14 500. The total illegal proceeds amounted to approximately €3.4 million.

So far, 59 active OCG members have been identified. The criminals are suspected of illegal migrant smuggling, participating in a criminal organisation and money laundering. France took the lead in the investigation in August 2018, followed by the Romanian and UK authorities in March 2019 and the Dutch investigation in May 2019.

* This designation shall not be construed as recognition of a State of Palestine and is without prejudice to the individual positions of the Member States on this issue.