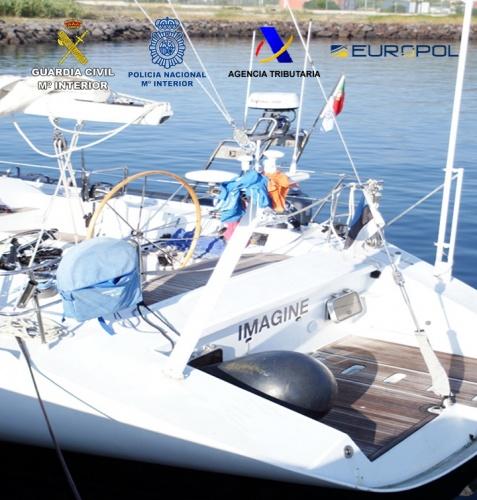 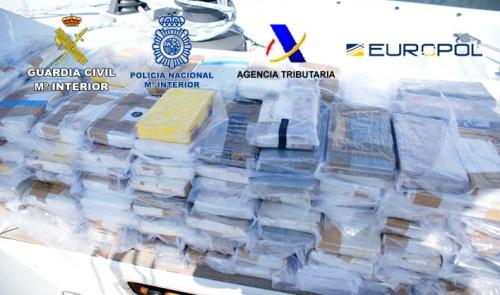 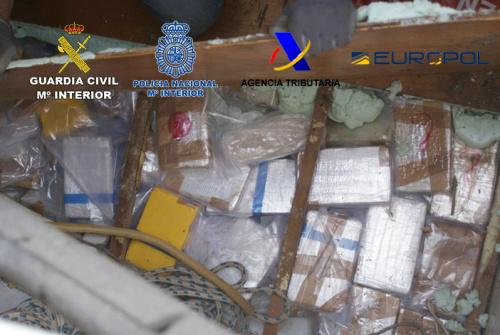 Operation 26Kearney, led by the Spanish authorities, National Police (Policía Nacional), Civil Guard (Guardia Civil), and the Spanish Tax Agency (Agencia Tributaria) has seen the arrest of five individuals and the seizure of 500kg of cocaine transported in hidden cabins on a boat in the Azores, Portugal. The operation was coordinated by Europol’s Drugs Unit, the Center for Maritime Analysis and Operations (MAOC-N), and supported by authorities from Estonia (Estonian Police, Politsei), the Netherlands (Dutch National Police - Central Criminal Investigation Division, Infrastructure South West) and Portugal (Polícia Judiciária).

Over the course of 2018, investigators identified the members of this international crime gang in different illegal activities in Spain. The investigation revealed the connection with other countries such as Brazil, Estonia, the Netherlands, Portugal and the United Kingdom. The members of the dismantled organised crime group coordinated their illegal activities from the Netherlands and organised the transport activities from Spain, using the country as a gateway to traffic narcotic substances into Europe.

The intervened vessel sailed from Valencia (Spain) to Brazil and from here to the Azores (Portugal). Once the ship had docked, the Portuguese Judicial Police raided the ship with Spanish and Dutch authorities in July 2019. The raid was followed by the arrest of five individuals, seven house searches and the seizure of the boat, half a tonne of cocaine, 520g of crystal meth, along with a firearm with its serial number erased, cash and nautical material (documents, nautical charts, GPS and satellite phones).

Europol supported this case from the beginning by providing analytical and operational support. Different operational meetings were held at Europol’s headquarters to exchange information and coordinate joint operational actions.