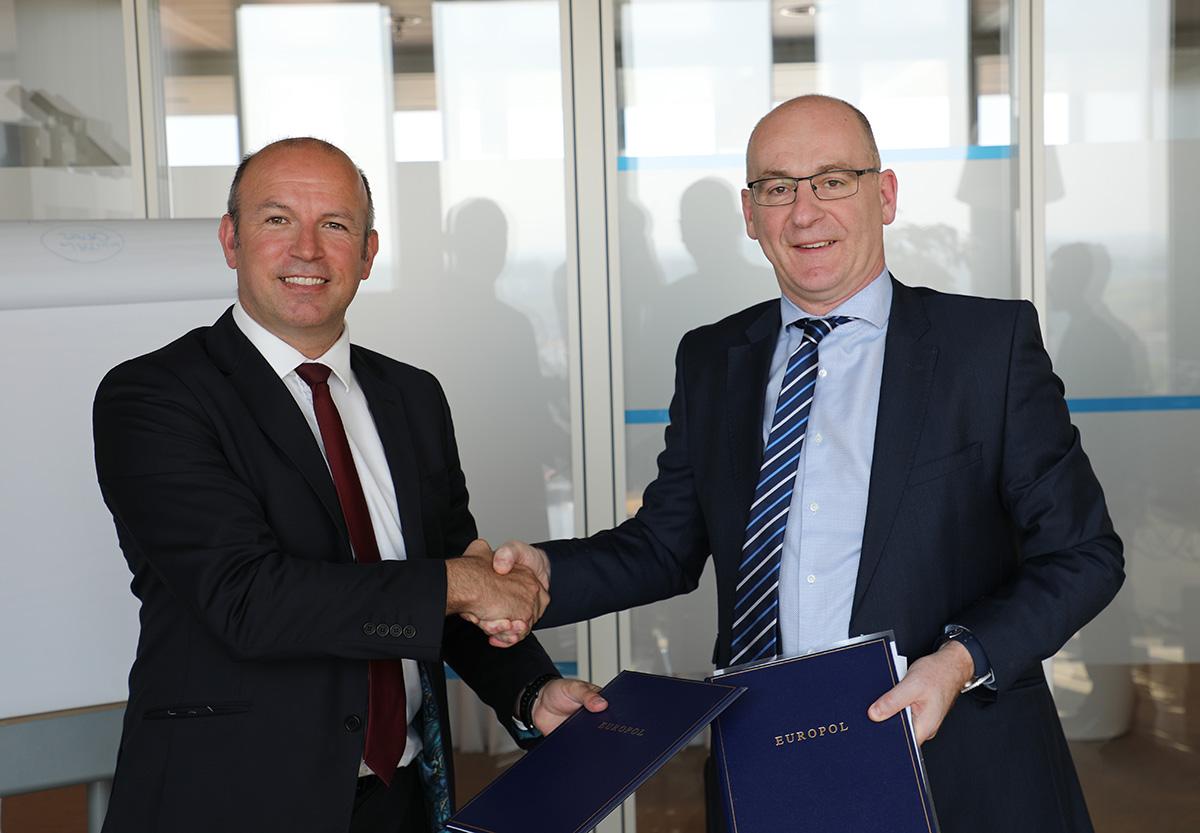 BT has signed a Memorandum of Understanding (MoU) with Europol to share knowledge about major cyber threats and attacks, as the two organisations reinforce their efforts to create a safer cyber space for citizens, businesses and governments.

The agreement, which was signed at Europol’s Headquarters in The Hague in the Netherlands, provides a framework for BT and Europol to exchange threat intelligence data as well as information relating to cyber security trends, technical expertise and industry best practice.

Steven Wilson, Head of Business, European Cybercrime Centre (EC3), said: “The signing of this Memorandum of Understanding between Europol and BT will improve our capabilities and increase our effectiveness in preventing, prosecuting and disrupting cybercrime. Working co-operation of this type between Europol and industry is the most effective way in which we can hope to secure cyberspace for European citizens and businesses. I am confident that the high level of expertise that BT bring will result in a significant benefit to our Europe wide investigations.”

Kevin Brown, VP, BT Security Threat Intelligence, said: “As one of the world’s largest cyber security businesses, we at BT have long held the view that co-ordinated, cross border collaboration is key to stemming the global cyber-crime epidemic. “We’re working with other law enforcement agencies in a similar vein to better share cyber security intelligence, expertise and best practice to help them expose and take action against the organised gangs of cyber criminals lurking in the dark corners of the web. The signing of today’s accord with Europol sees BT take another significant step forward in making the internet a safer place for consumers, businesses and public sector bodies in the UK, Europe and beyond.”

BT is committed to sharing its threat intelligence data with industry partners and law enforcement agencies such as Europol in a secure and trusted way, as a means of better protecting UK and global customers from the rapidly expanding cyber-crime industry. Earlier this year, it became the first telecommunications provider in the world to start sharing information about malicious software and websites on a large scale with other ISPs via a free online portal – the Malware Information Sharing Platform (MISP). Since the platform was launched, BT’s worldwide team of more than 2,500 cyber security experts have so far helped to identify and shared the details of more than 200,000 malicious domains. The recipients of BT’s threat intelligence data have then able to take the appropriate course of action to protect their customers and stakeholders against the specific threats identified.

Europol created the European Cybercrime Centre (EC3) in 2013 to strengthen the law enforcement response to cybercrime in the EU in a bid to better protect EU citizens, businesses and governments from online crime. It also operates the Joint Cybercrime Action Taskforce (J-CAT), which aims to drive intelligence led, co-ordinated action against key cybercrime threats and targets by facilitating the joint identification, prioritisation, preparation and initiation of cross-border investigations and operations by its partners.

For Europol:
Enquiries about this news release should be made to Europol, on its 24-hour number: +31 70 302 5001 or via mail to press@europol.europa.eu

About BT
BT’s purpose is to use the power of communications to make a better world. It is one of the world’s leading providers of communications services and solutions, serving customers in 180 countries. Its principal activities include the provision of networked IT services globally; local, national and international telecommunications services to its customers for use at home, at work and on the move; broadband, TV and internet products and services; and converged fixed-mobile products and services.  BT consists of four customer-facing units: Consumer, Enterprise, Global Services and Openreach. For the year ended 31 March 2018, BT Group’s reported revenue was £23,723m with reported profit before taxation of £2,616m. British Telecommunications plc (BT) is a wholly-owned subsidiary of BT Group plc and encompasses virtually all businesses and assets of the BT Group. BT Group plc is listed on stock exchanges in London and New York. For more information, visit www.btplc.com