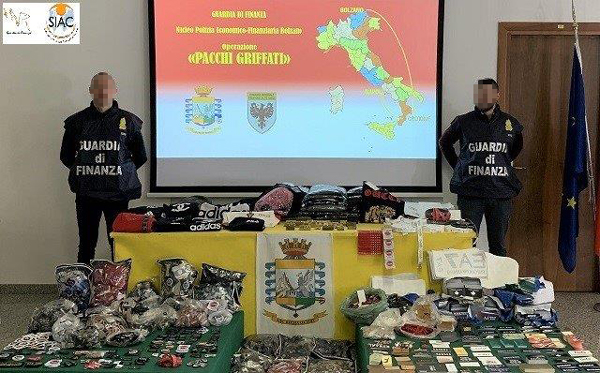 The operation led to the arrest of more than 30 suspects and reported 110 others to respective judicial authorities. A select number of suspects are part of two distinct criminal networks responsible for producing and trafficking counterfeit products online. Several investigations are still ongoing.

Criminal groups continuously abuse the communication opportunities of digital platforms such as websites, social media and instant messaging to traffic and sell counterfeit products. The exponential growth of internet platforms has also affected the development of online marketplaces (known as e-stores) that are considered as alternative retail channels. These new markets also take advantage of social channels to perpetrate illicit activities.

Law enforcement, supported by the private sector, is therefore extending its response to online trafficking of counterfeit products. To counter the threat, Europol is examining the scale of the problem, gathering evidence and monitoring social media and sales platforms.

Sellers can advertise counterfeit goods through overt social media posts – with photos of the product and price – or through hidden links to other marketplaces located outside the EU. In the latter case, details of the transaction are arranged through other communication channels such as instant messaging applications or even by telephone under different names. Couriers deliver the packages while the payment is made with prepaid cards, money transfer companies or other forms of electronic payment and web-based services.

IPC3 intends to promote their recurrent operation, operation Aphrodite, to encourage more countries and private countries to get on board and contribute their expertise and explore new operational methodologies.