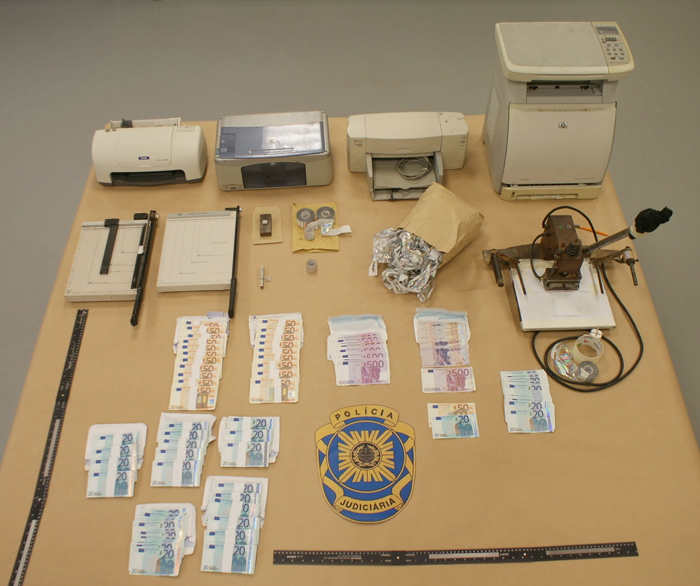 On 15 February, the Portuguese Judiciary Police, in cooperation with the Spanish National Police and Europol, detained two men and one woman, aged between 21 and 55 years, suspected of producing counterfeit euro currency.

In the course of the investigation, which started about six months ago, it was found that this group was responsible for producing thousands of banknotes, mainly EUR 20 and EUR 50, with the distribution particularly affecting Portugal and Spain. These counterfeits were detected in 8 other European countries: Germany, France, Italy, Austria, Belgium, Estonia, the Netherlands and Switzerland.

Europol is the European Union's Central Office for Combating Euro Counterfeiting. Our agency facilitates the exchange of information and provides expertise, criminal and forensic analysis, training, financial and technical support to law enforcement agencies inside and outside the European Union.