12 November 2019
Press Release
Press Release/News
PrintPDF
The Spanish National Police (Policía Nacional) have dismantled a counterfeit euro print shop in Spain with the support of Europol. The criminal group, based in the port city of Huelva, manufactured fake banknotes in 10, 20 and 50 euro denominations. The operation has prevented €250 000 in fraudulent cash from circulating in Spain and Portugal. 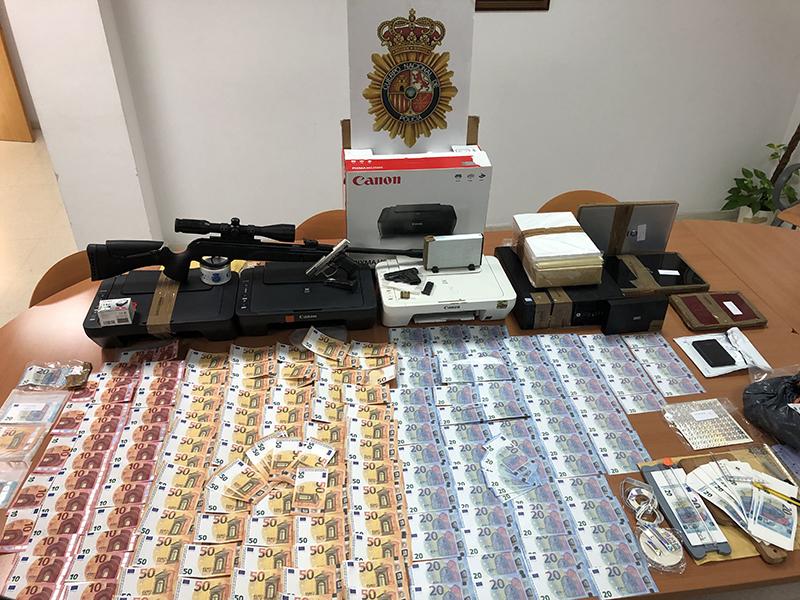 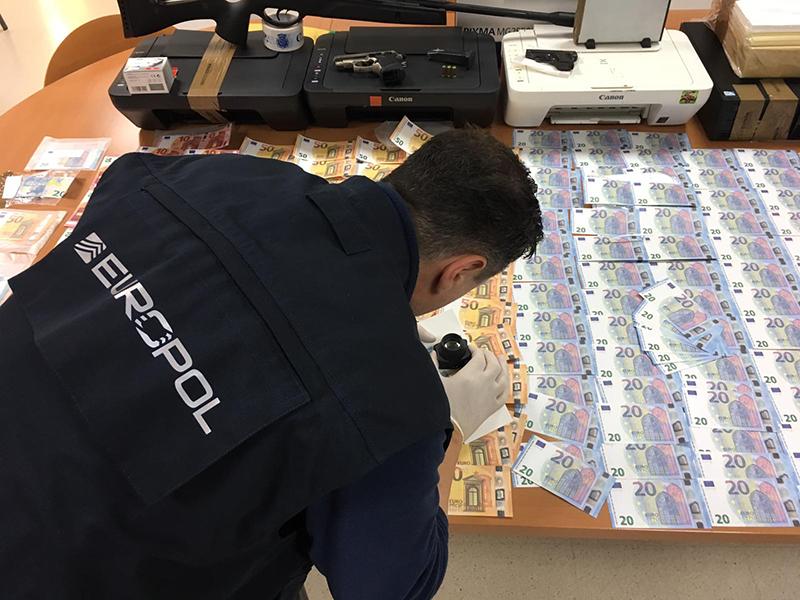 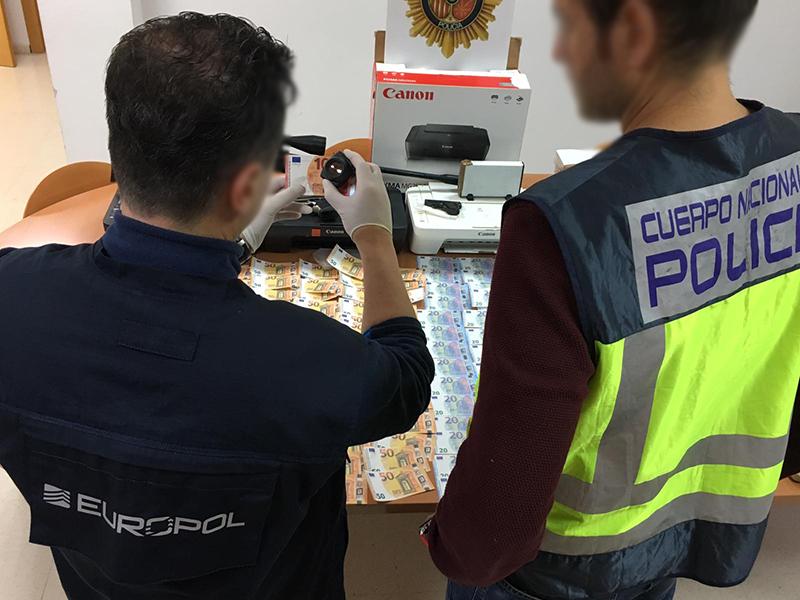 Officers arrested six individuals for producing fake euro banknotes and introducing them into circulation through shops and bars in Spain and Portugal. On the day of the operation, investigators found a clandestine print shop in one of the two facilities searched by the police. They were also able to confiscate €8 230 in counterfeit banknotes (in 10, 20 and 50 denominations), together with raw material with the potential to produce another €250 000 in fake banknotes, two firearms, three printers, three computers and hologram imitations, to make them look similar to genuine euro banknotes and improve the overall quality of the counterfeits.

Europol provided tailored financial and analytical support to the investigation. A mobile office was deployed for on-the-spot support during the action day in Huelva, Spain, which allowed for real-time crosschecking of information against the Europol’s databases. Europol, as the EU’s central office for combating euro counterfeiting, facilitates the exchange of information and provides expertise, criminal and forensic analysis, training, financial and technical support to law enforcement agencies inside and outside the European Union.