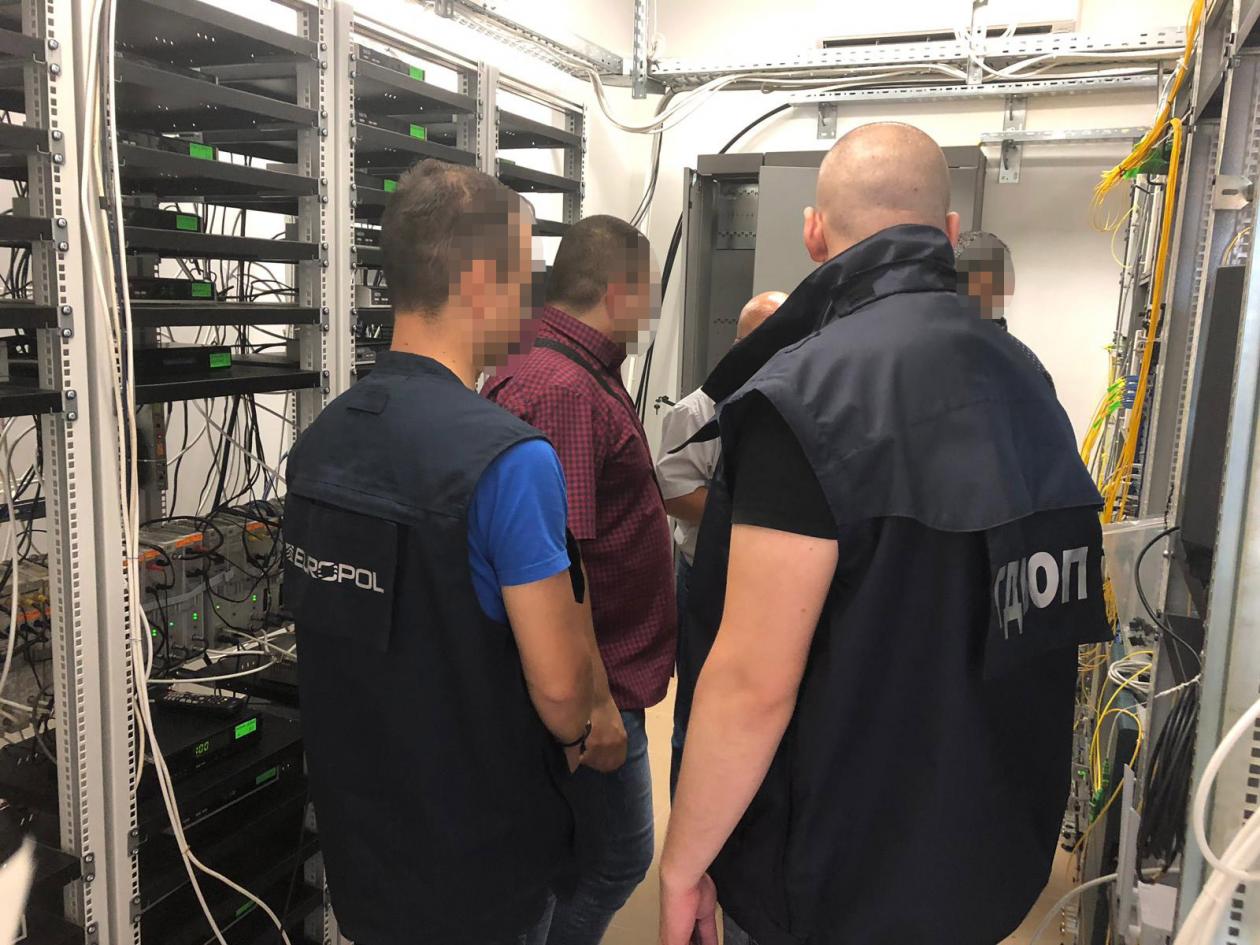 Under the supervision of the Bulgarian Supreme Prosecutor’s Office of Cassation, police officers from the Bulgarian Cybercrime Department from the General Directorate Combating Organized Crime of the Ministry of Interior carried out a joint action against five cable operators in Bulgaria (in the cities of Burgas, Kardzhali, Blagoevgrad, Dupnitsa, Kyustendil, Gotse Delchev, Sandanski and Petrich). The operation was supported by Europol’s Intellectual Property Crime Coordinated Coalition – IPC3 and the Audiovisual Anti-Piracy Alliance (AAPA).

The five cable operators were illegally intercepting and distributing more than 60 premium TV channels (both foreign and Bulgarian), without the consent of the rights–holders. The financial damage is estimated to be more than 10 million Bulgarian leva (approximately €5 million). More than 700 000 subscribers received the illegal broadcasted signal from the criminal network.

The entire illegal hardware infrastructure used for the criminal activity was seized during the house searches. The suspects had also been distributing TV channels worldwide through mobile applications whose servers were traced and seized.

Europol’s IPC3 supported the investigation on the ground by deploying an analyst and a specialist to Bulgaria equipped with a mobile office. Europol’s officers carried out real-time information exchange and cross-checks of the data gathered during the course of the action against Europol’s databases. IPC3 is hosted at Europol and funded by the European Union Intellectual Property Office (EUIPO).