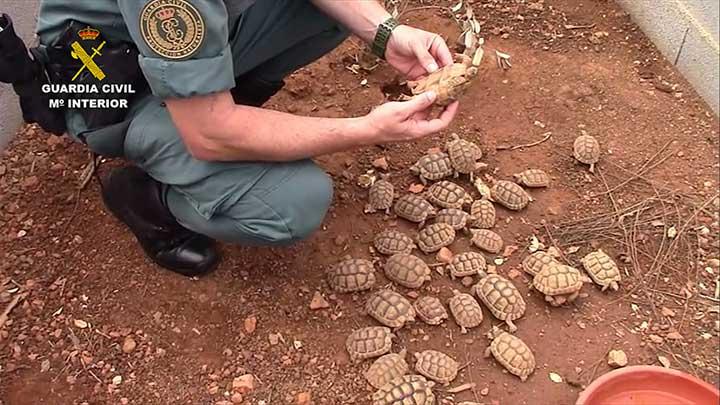 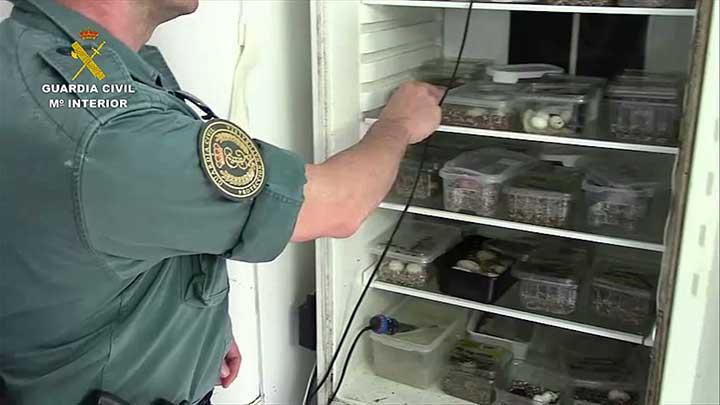 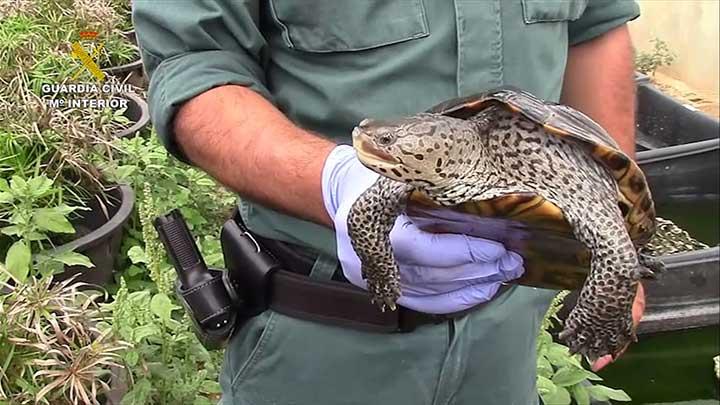 14 of the 50 most endangered species in the world

Operation Coahuila, carried out within the framework of Europol’s operation Naultinus, began in February 2017 when officers from the Spanish Guardia Civil seized a shipment of turtles at Mallorca airport, as the turtles in the shipment did not match the details included in the corresponding declaration.

Police later discovered a farm in the Balearic Islands devoted to the industrial breeding of several species of water turtles and tortoises. More than 1 100 adults and hatchlings and over 750 eggs were seized. These numbers are expected to increase because there were more than 200 females about to lay eggs. Among the species found on the farm were 14 of the 50 most endangered turtle species in the world, some originating from Canada, Mexico and the United States and protected by respective national legislation. There were also turtles from South Asia considered at high risk of extinction as well as black turtles, listed as “vulnerable” in Spain. The total value of this reptiles and eggs is worth some EUR 600 000, with some of the species worth up to EUR 10 000 per turtle.

Pet shop in Barcelona used to launder the specimens

Criminals used to poach endangered species of turtles and then they falsified the content of the accompanying documents stating that the turtles or the eggs belonged to their breeding farm. The turtles were shipped by animal couriers specialised in reptile and amphibian transportation. The owners of the farm collaborated very closely with a pet shop in Barcelona, which specialised in exotic animals and was used to smuggle the turtles bred in Mallorca. The operation resulted in two individuals arrested in Mallorca alongside one in Barcelona and another three people detained in both cities. They are accused of offenses against wild fauna and flora, smuggling protected species and money laundering.

The Spanish Guardia Civil lead this operation with the support of experts from the CITES Convention (Convention on International Trade in Endangered Species of Wild Fauna and Flora) and experts from Europol, who cooperated from the beginning by analysing and coordinating information from several EU countries, such as Austria, France, Germany and Italy and by deploying one expert to Spain equipped with a mobile office and a Universal Forensic Extraction Devices (UFED). This allowed cross-checks of the data gathered during the course of the actions against Europol’s databases, as well as the extraction of data from the mobile and computer devices seized for its posterior analysis.