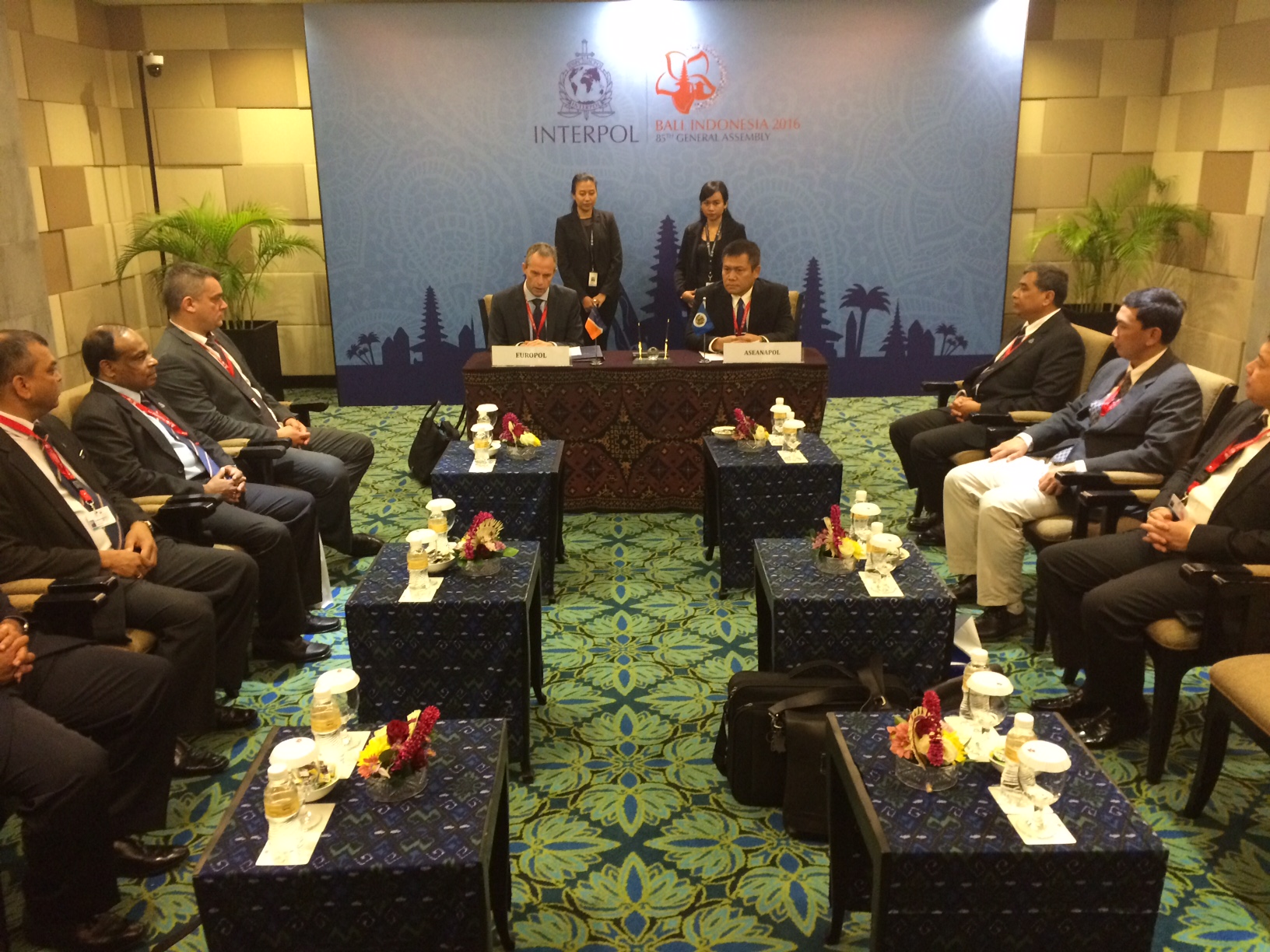 On 8 November 2016, during the 85th INTERPOL General Assembly organised in Bali, the Deputy Director Operations at Europol, Mr Wil van Gemert, and the Executive Director of the ASEANAPOL Secretariat, Brigadier General Yohanes Agus Mulyono signed a Letter of Intent aimed at strengthening the cooperation between the two organisations, providing mutual support, as well as facilitating the exchange of best practices and expertise in their areas of interest.

Attending the signing ceremony were Khalid Abu Bakar, Head of the Royal Malaysian Police and president of ASEANAPOL, Lim Kok Thai, Deputy Commissioner of the Singapore Police Force and vice chairman of ASEANAPOL, together with Miloš Hrvo, representing the Slovak Presidency.

As organised crime groups and terrorist fighters are not confined to Europe’s borders, conducting transnational investigations has become even more crucial for the EU law enforcement community. This is why Europol believes that cooperation with third parties is a key element in efficiently combating the current criminal threat landscape which has become transnational by nature.

Regarding Europol’s intentions to cooperate with ASEANAPOL, Mr Wil van Gemert underlined: “Cooperating closely with ASEANAPOL will allow the agency to gain a better understanding and mitigate in a more efficient manner security threats present or originating from the region. It is all the more important considering that mutual cooperation will strengthen the partnership in many areas, such as counter-terrorism, fighting transnational crime, human trafficking and migrant smuggling.”

Brigadier General Yohanes Agus Mulyono commented: “The Letter of Intent aims to improve mutual cooperation and ensure greater complementary in promoting the strategic partnership of EUROPOL and ASEANAPOL as two regional bodies bound by shared basic values. This initiative will reinforce the ties of both agencies and synergies their efforts towards a common goal of effectively addressing transnational crimes and ensuring internal security in their respective region.”