EUROPOL AND GLOBAL CYBER ALLIANCE TEAM UP TO FIGHT CYBERCRIME 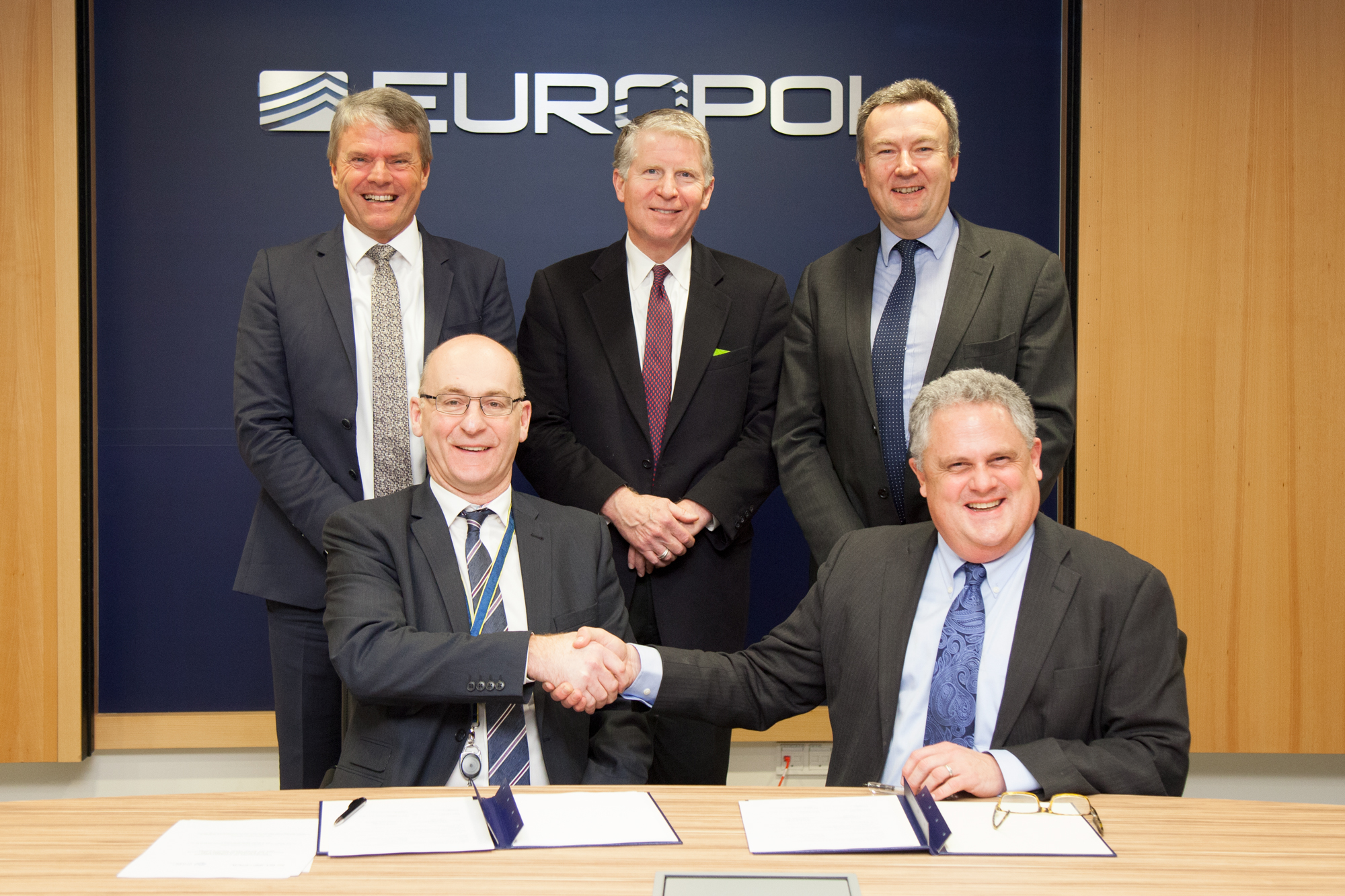 Today, Europol and the Global Cyber Alliance (GCA) signed a Memorandum of Understanding (MoU) to cooperate on decreasing systemic cyber risk and improving internet security throughout Europe and beyond. The signing ceremony took place at Europol’s headquarters in The Hague.

As part of the MoU, Europol and GCA will fight cybercrime through the exchange of information on cybercrime trends and joint international projects to increase cybersecurity.

To this end, the two organisations will partner to offer best practice recommendations that help organisations secure their networks and domains through the Internet Immunity project. Europol and GCA will initially focus on improving adoption of the DMARC email validation policies, a vital tool that enables organisations to authenticate email and prevent spoofed and fraudulent email.

During today’s meeting, Europol’s European Cybercrime Centre (EC3) delivered presentations on key developments and the challenges ahead in the area of cybercrime.

Regarding the newly-established MoU with GCA, Europol Director Rob Wainwright highlighted: “Cybercrime and cybersecurity are cross-cutting issues, and key tools must be developed to keep cybercriminals at bay. This is all the more important considering that other crime areas, like for instance terrorism and human trafficking, are becoming increasingly cyber-facilitated. Therefore, establishing MoUs with organisations such as GCA, designed to confront, address, and prevent malicious cyber activity, is in line with the priorities described in Europol’s 2016 Internet Organised Crime Threat Assessment (IOCTA).”

“We are bombarded with news reports of cyber attacks and breaches that compromise sensitive information or impair the operations of critical services or infrastructure, but greater awareness of the problem has not led to greater security,” said Phil Reitinger, President and CEO of the Global Cyber Alliance. “Cooperative relationships focused on outcomes, such as the one we are forging here today, will reduce systemic cyber risk in Europe and around the globe.”

“Given the importance of cybersecurity to citizens and institutions around the world, today’s announcement of the formal partnership between Europol and the Global Cyber Alliance (GCA) is a critical development,” said Manhattan District Attorney Cyrus R. Vance Jr. “The partnership marks an opportunity for GCA to collaborate with European cyber experts and for members of Europol to learn about GCA and its innovative tools. As part of its core mission to reduce cyber vulnerability worldwide, GCA recently announced the release of powerful tools designed to combat phishing attacks and other cyber threats. These tools are free and available to organisations of any size, and it is my hope that through this partnership, others will be encouraged to develop and implement practical safeguards against malicious cyber activity. As a co-founder of GCA, I wish to thank Europol and Director Wainwright for their leadership and to congratulate GCA on this significant achievement.”

“Organisations and law enforcement need to take a page from our approach — by sharing knowledge, methodologies, tools, and best practices,” said Troels Oerting, Global Cyber Alliance Board Chairman and Barclays Group Chief Security Officer (CSO) and Group Chief Information Security Officer (CISO). “GCA’s partnership with Europol will strengthen our ability to work cooperatively across sectors and around the world to eliminate systemic risks to our cybersecurity.”