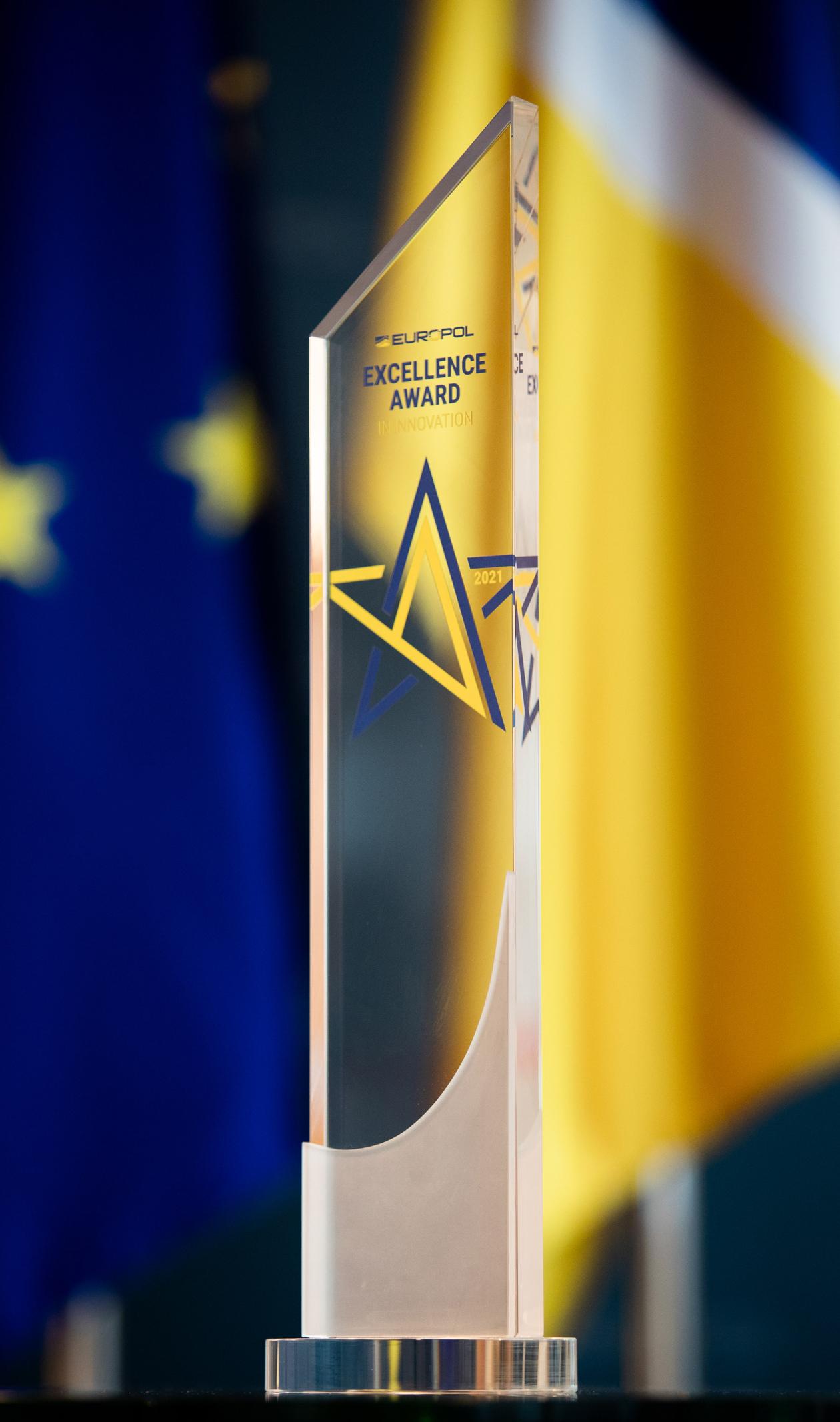 For the first time, Europol awarded the Europol Excellence Award in Innovation during the annual European Police Chiefs Convention 2021. With this award, Europol aims to put in the spotlight the law enforcement community's most innovative initiatives and operations.

For us at Europol, innovation is at the heart of modern policing. Having received over 105 nominations, we consider this first Europol Excellence Award in Innovation a great success. Therefore, we want to turn it into a recurrent project linked to the annual European Police Chiefs Convention at our headquarters. Our Innovation Lab team will also create a network and invite all nominees for a follow-up event to exchange innovative ideas.

The Excellence Award for the most Innovative Project

The Excellence Award for the most Innovative Operation

The Europol Excellence Award in Innovation highlights how effective modern-day law enforcement requires partnership and collaboration, whether in teams of officers and staff, between forces, in multi-agency operations or through wider public sector involvement.

The award also recognise that accomplishments arise from a blend of innovative, committed and well-trained personnel, serving, engaging and protecting the public while using technology efficiently and effectively. We are convinced the award will inspire the European law enforcement community by providing insights into successful innovation.

Europol was mandated by the Justice and Home Affairs ministers from all the EU Member States at the end of 2019 to create an Innovation Lab to support the law enforcement community in innovation. The Lab aims to identify, promote and develop innovative concrete solutions supporting the EU Member States' operational work. These will help investigators and analysts to make the most of the opportunities offered by new technologies to avoid duplication of work, create synergies and pool resources. The activities of the Lab are directly linked to the strategic priorities as laid out in Europol Strategy 2020+, which states that Europol shall be at the forefront of law enforcement innovation and research.