This News/Press release is about Outlaw Motorcycle Gangs 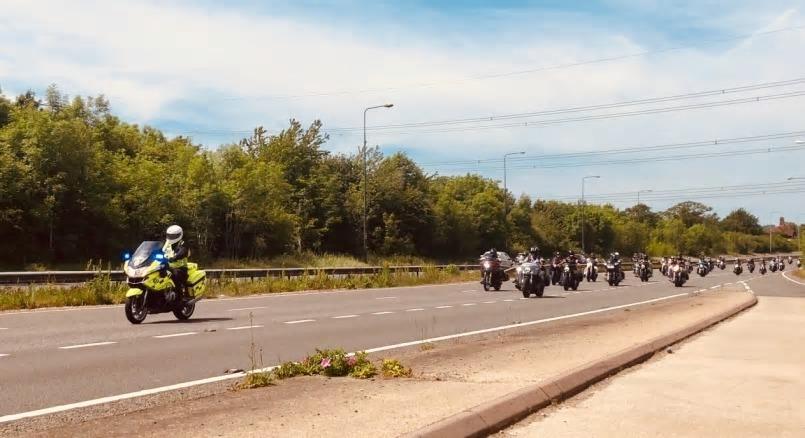 Europol supported police officers in south-east England during the Hells Angels Euro Run 2019, which was held at a private venue on the border of East Surrey and West Sussex to mark 50 years of the Hells Angels in the UK. The event attracted around 3 000 Hells Angels members from all over the world.

Police in Surrey and Sussex once again made public safety their main priority and subsequently introduced powers under the Criminal Justice and Public Order Act to stop and search individuals within a designated area of Surrey and Sussex during the event. The special order was granted as police received information that some attendees were likely to be carrying offensive weapons. In total, 49 people were arrested in connection with the event for possession of offensive weapons and drug offences; a number of them have already been sentenced in court.

An event of this scale and nature had never been held in the UK before and required careful planning to ensure public safety. The policing operation involved law enforcement agencies in the UK, the EU and beyond. Police in Surrey and Sussex benefited from information shared by international colleagues about some of the attendees and the risks they posed. Twenty-seven people were refused entry to the UK, all of whom were international members of Hells Angels and deemed to pose a risk to the wider public with previous convictions for serious crimes including murder, kidnapping, torture, drug dealing, violent assaults and firearms offences. Events like the Hells Angels Euro Run do not usually occur without serious incident when they have taken place in other countries.

For this year’s Hells Angels Euro Run, Europol deployed officers with mobile offices and created a team of international observers from eight European countries, Canada and the USA to support on the spot and in the command centre. Europol would like to highlight the excellent professional cooperation with the British authorities involved and colleagues from other Member States, who supported the operation in the UK. Europol will continuously monitor OMCGs in criminal investigations and support EU Member States during major outlaw biker events.