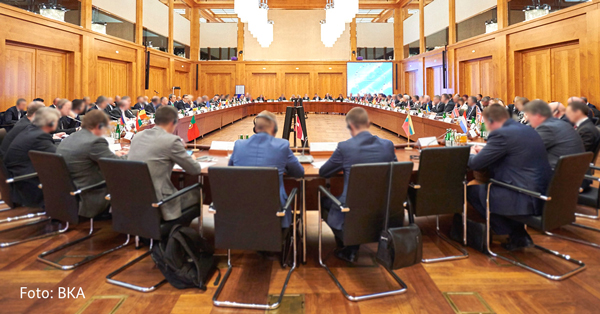 In response to a heightened threat of Jihadist terrorism in Europe, following several serious terrorist incidents in recent months, an extraordinary meeting of high-ranking police representatives from the EU Member States, Norway and Switzerland, was held in Berlin on 7-8 February 2017.

Organised by Germany’s Federal Criminal Police Office (BKA) and the European Union’s law enforcement agency Europol, almost 100 participants gathered in Berlin at the Ministry of Foreign Affairs to consider means by which to enhance the coordination of European police efforts to fight terrorism.

Key topics of discussion included the current state of the terrorist threat in Europe following the attack in Berlin in December 2016 and Paris recently, best practice methodologies for police response to terrorist incidents, and enhanced use of the European Counter Terrorism Centre (ECTC) at Europol for the purpose of increasing information sharing and operational coordination between national counter terrorism agencies. The meeting concluded to reinforce national and European arrangements for cooperation via ECTC, including through the establishment of an operational steering board of leading Member States and Europol. 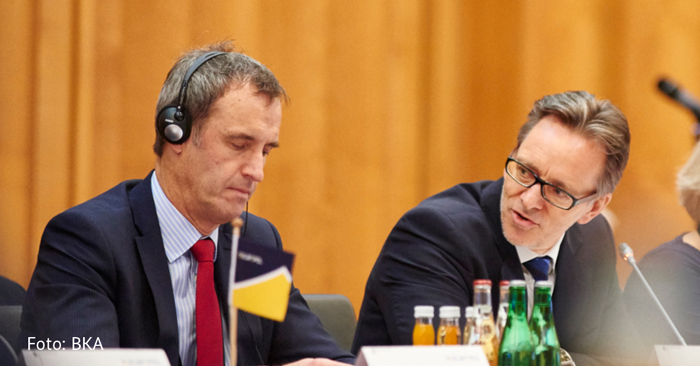 Holger Münch, President of the Federal Criminal Police Office (BKA): "Today’s terrorists are extremely mobile. They work together in international networks and take advantage of modern communication technology. We can only be successful in the fight against terrorism if all European security authorities work closely together and are coordinated by a central body. The most recent attacks in Europe have shown that, in particular, the exchange of information needs to be further enhanced and European information systems must be better coordinated. The establishment of an operational steering board at Europol is another important keystone for a strong European security network."

Rob Wainwright, Director of Europol: “Europe is facing the most serious terrorist threat for over ten years. The increasing transnational nature of terrorist groups and their activities demand ever closer collaboration between relevant law enforcement authorities across Europe. The European Counter Terrorism Centre (ECTC) has been established at Europol for this purpose. I am pleased by the confidence expressed in the work of this centre by the police chiefs meeting in Berlin and by their clear commitment to enhance collaboration efforts even further.”