Suspected of about 7 000 infections, the arrested affiliates asked for more than 200 million euros in ransom 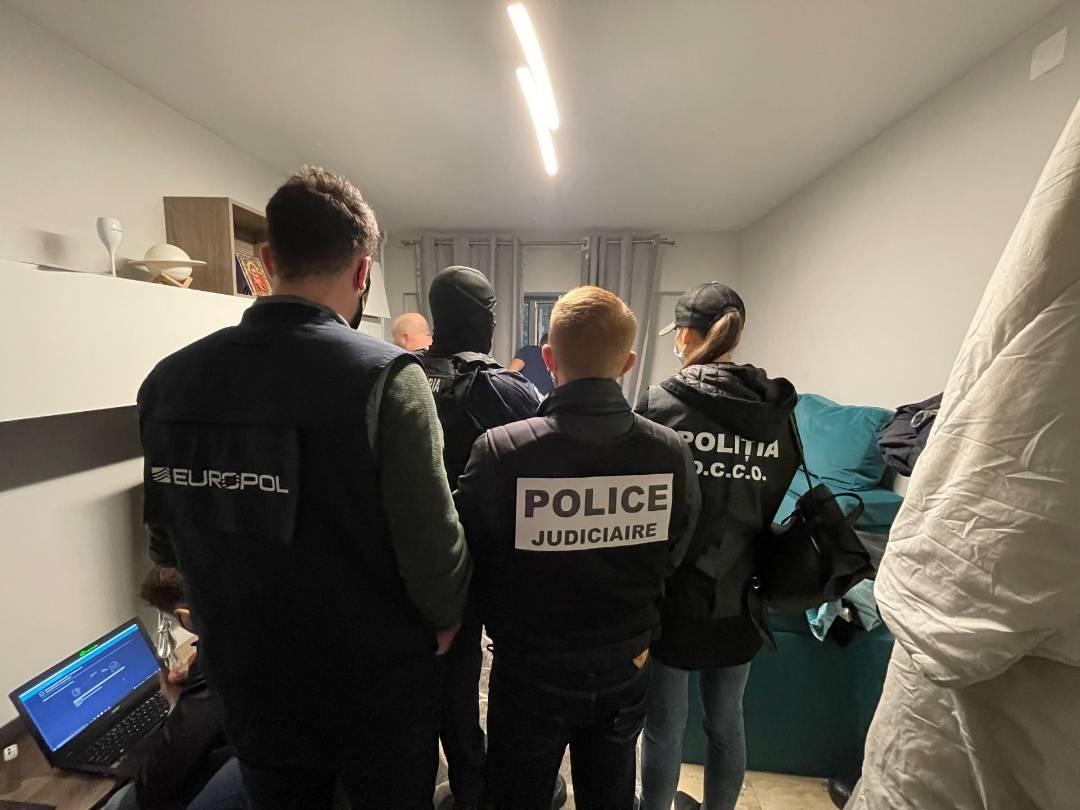 On 4 November, Romanian authorities arrested two individuals suspected of cyber-attacks deploying the Sodinokibi/REvil ransomware. They are allegedly responsible for 5 000 infections, which in total pocketed half a million euros in ransom payments. Since February 2021, law enforcement authorities have arrested three other affiliates of Sodinokibi/REvil and two suspects connected to GandCrab. These are some of the results of operation GoldDust, which involved 17 countries*, Europol, Eurojust and INTERPOL. All these arrests follow the joint international law enforcement efforts of identification, wiretapping and seizure of some of the infrastructure used by Sodinokibi/REvil ransomware family, which is seen as the successor of GandCrab.

Anti-REvil team set up in Europe

Since 2019, several large international corporations have faced severe cyber-attacks, which deployed the Sodinokibi/REvil ransomware. France, Germany, Romania, Europol and Eurojust reinforced the actions against this ransomware by setting up a Joint Investigation Team in May 2021. Bitdefender, in collaboration with law enforcement, made a tool available on the No More Ransom website that would help victims of Sodinokibi/REvil restore their files and recover from attacks made before July 2021. In the beginning of October, a Sodinokibi/REvil affiliate was arrested at the Polish border after an international arrest warrant was issued by the US. The Ukrainian national is suspected of perpetrating the Kaseya attack, which affected up to 1 500 downstream businesses and for which Sodinokibi/REvil asked a ransom of about €70 million. Additionally, in February, April and October 2021 authorities in South Korea arrested three affiliates involved in the GandCrab and Sodinokibi/REvil ransomware families, which had more than 1 500 victims. On 4 November, Kuwaiti authorities arrested another GandGrab affiliate, meaning a total of seven suspects linked to the two ransomware families have been arrested since February 2021. They are suspected of attacking about 7 000 victims in total.

Since 2018, Europol has supported a Romanian-led investigation which targets the GandCrab ransomware family and involved law enforcement authorities from a number of countries, including the United Kingdom and the United States. With more than one million victims worldwide, GandCrab was one of the world’s most prolific ransomware families. These joint law enforcement efforts resulted in the release of three decryption tools through the No More Ransom project, saving more than 49 000 systems and over €60 million in unpaid ransom so far. The investigation also looked at the affiliates of GandCrab, some of whom are believed to have moved towards Sodinokibi/REvil. Operation GoldDust was also built up on leads from this previous investigation targeting GandCrab.

Decrypt with No More Ransom

The support from the cybersecurity sector has proven crucial for minimising the damage from ransomware attacks, still the biggest cybercrime threat. Many partners have already provided decryption tools for a number of ransomware families via the No More Ransom website. Bitdefender supported this investigation by providing key technical insights throughout the entire investigation, along with decryption tools for both of these highly prolific ransomware families to help victims recover their files. KPN and McAfee Enterprises are other private sector partners that have also supported this investigation, by providing technical expertise to law enforcement.

Currently, No More Ransom has decryption tools for GandCrab (V1, V4 and V5 up to V5.2 versions) and for Sodinokibi/REvil. The Sodinokibi/REvil decryption tools helped more than 1400 companies decrypt their networks, saving them almost €475 million in potential losses. The tools made available for both ransomware families enabled more than 50 000 decryptions, for which cybercriminals had asked about €520 million in ransom.

Europol facilitated the information exchange, supported the coordination of operation GoldDust and provided operational analytical support, as well as cryptocurrency, malware and forensic analysis. During the action days, Europol deployed experts to each location and activated a Virtual Command Post to coordinate the activities on the ground. The international cooperation enabled Europol to streamline victim mitigation efforts with other EU countries. These activities prevented private companies from falling victim to Sodinokibi/REvil ransomware.

Headquartered in The Hague, the Netherlands, Europol supports the 27 EU Member States in their fight against terrorism, cybercrime, and other serious and organised crime forms. Europol also works with many non-EU partner states and international organisations. From its various threat assessments to its intelligence-gathering and operational activities, Europol has the tools and resources it needs to do its part in making Europe safer.

In 2010 the European Union set up a four-year Policy Cycle to ensure greater continuity in the fight against serious international and organised crime. In 2017 the Council of the EU decided to continue the EU Policy Cycle for the 2018 - 2021 period. It aims to tackle the most significant threats posed by organised and serious international crime to the EU. This is achieved by improving and strengthening cooperation between the relevant services of EU Member States, institutions and agencies, as well as non-EU countries and organisations, including the private sector where relevant. Cybercrime is one of the priorities for the Policy Cycle. From 2022, the mechanism becomes permanent under the name EMPACT 2022+.
Crime areas
Cybercrime
Target groups
General Public
Law Enforcement
Academia
Professor
Students
Researcher
Press/Journalists
Other