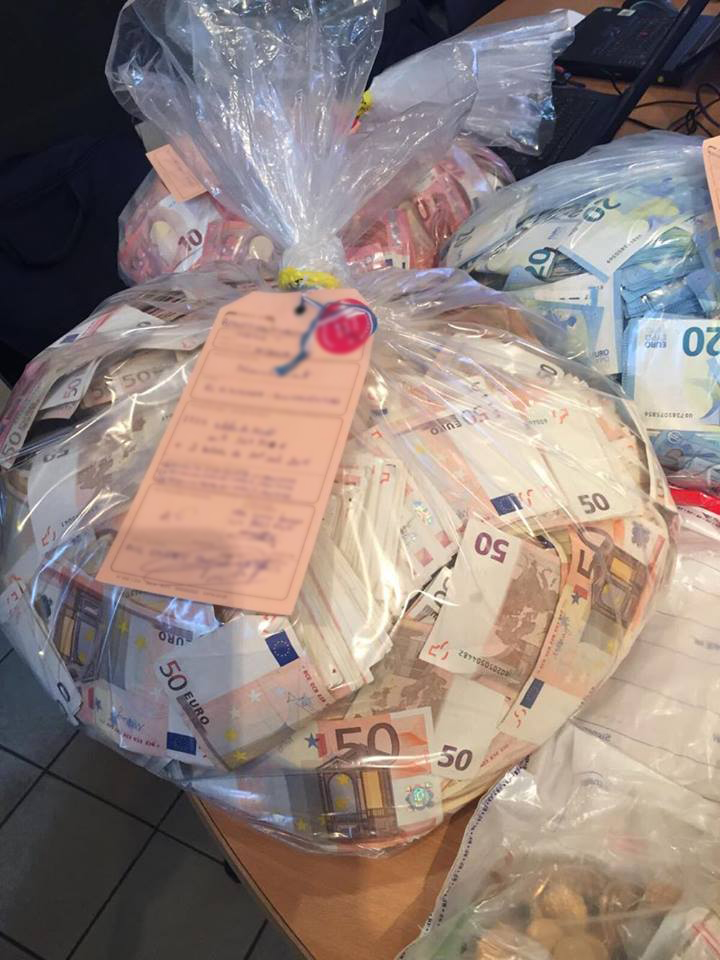 On 21 November 2016, a joint investigation team (JIT) consisting of investigators and judicial authorities from France, Belgium and the Netherlands, took action against a money laundering ring whose members were active in Western Europe and Morocco.

The action day, supported on-the-spot by Europol experts, was conducted by over 450 police officers simultaneously in France (Gendarmerie Nationale), Belgium (Police Judiciaire Fédérale) and the Netherlands (Nationale Politie) and resulted in the arrest of 36 suspects.

The JIT members had been investigating since 2015 into the activities of this complex structure involved in laundering to Morocco the proceeds from drugs trafficking in Europe, with a total amount of funds already laundered estimated at over EUR 300 million.

The criminals’ modus operandi involved the use of cash couriers traveling by car who would pick up the proceeds from drug trafficking throughout Western Europe (collection rate of over EUR 1 million per month) and transport them to Belgium and the Netherlands. The cash was there laundered to Morocco via the Middle East using unregulated financial channels (the Hawala system), thus leaving no tell-tale trail evidence for law enforcement investigators.

Eurojust was requested to facilitate the transmission and execution of Letters of Request, and to assist a joint investigation team between France, Belgium and the Netherlands.

Europol has been supporting this operation since July 2015 by providing analytical and operational support (cross-matches, operational analysis and commercial intelligence reports) to all involved Member States. Mobile offices were deployed to Paris and Brussels on the action day to assist the national authorities. Over EUR 5.5 million in cash have been seized, alongside EUR 800 000 worth of gold, two semi-automatic weapons and ammunition.

In all phases of this complex investigation, information exchange among national authorities, Europol and Eurojust was essential.