Hit against euro counterfeiters linked to the Camorra 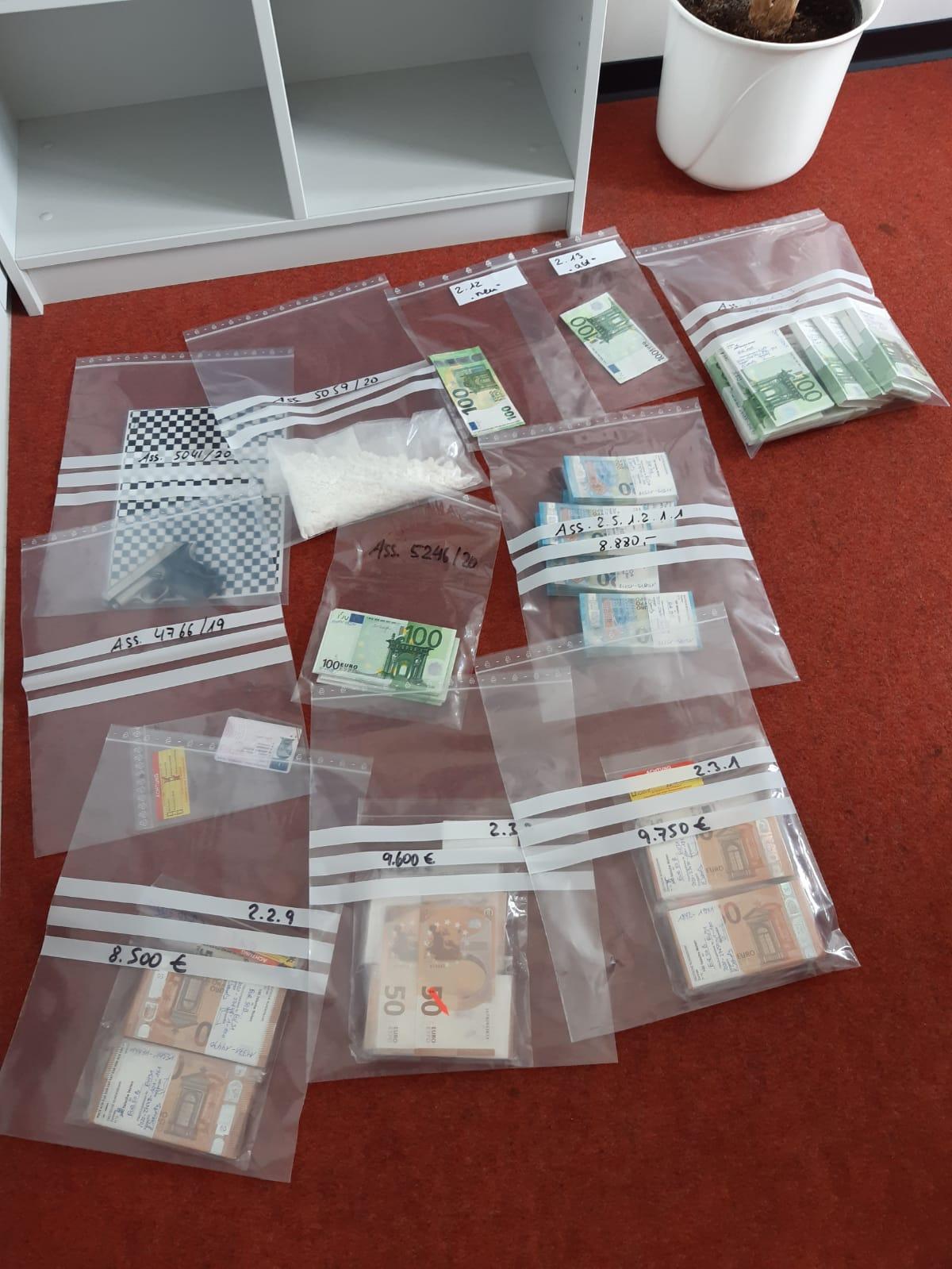 On 20 May 2021, Europol supported the German Regional Criminal Police of Nordrhein-Westfalen (Landeskriminalamt Nordrhein-Westfalen) and the Italian Finance Corps (Guardia di Finanza) of Rome and Naples in dismantling an organised crime group involved in the production and distribution of counterfeit euro banknotes, drug trafficking and tax fraud. Law enforcement authorities from the BelgianFederal Police (Federale Politie, Police Fédérale) and the French National Police (Police Nationale) also assisted the investigation. The suspects are believed to have ties to the Camorra mafia clan.

The action day led to:

The criminal network is involved in the production of counterfeit euros in the area of Naples in Italy and their subsequent distribution in Germany.
The main suspect is also believed to be involved in the trafficking of different illegal commodities including drugs, stolen vehicles and falsified documents. He is suspected of distributing these illegal commodities, acquired by his associates living in Naples and connected to the Camorra.

During the course of the investigation law enforcement officers made several seizures including cocaine, an illegal firearm and counterfeit money for a value of about €160 000.  This investigation also led to the first seizure of a counterfeit banknote of the new €100, just six months after its official release by the European Central Bank.

Europol facilitated the information exchange, operational coordination and provided analytical support. During the action day, Europol supported with technical expertise and cross-checked operational information against Europol’s databases and the systems of the European Central Bank.

This investigation is part of the Italian DIA Project ONNET, an EU-financed initiative to tackle mafia-type organised crime groups active in Europe. The project was launched at Europol’s headquarters and targets the mafia-style criminal groups in their entirety, rather than one or more of their specific criminal activities.

Headquartered in The Hague, the Netherlands, Europol supports the 27 EU Member States in their fight against terrorism, cybercrime, and other serious and organized crime forms. Europol also works with many non-EU partner states and international organisations. From its various threat assessments to its intelligence-gathering and operational activities, Europol has the tools and resources it needs to do its part in making Europe safer.
Crime areas
Forgery of money and means of payment
Intellectual property crime
Counterfeiting and Product Piracy
Target groups
General Public
Law Enforcement
Academia
Professor
Students
Researcher
Press/Journalists
Other