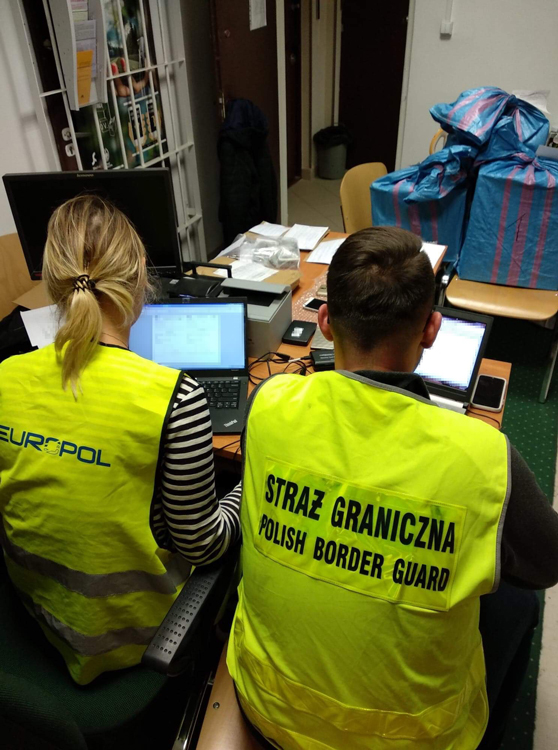 With the support of Europol, the Polish Border Guard has successfully dismantled an international criminal network involved in the facilitation of illegal immigration. The organised criminal group (OCG) ran their operation in Poland, smuggling non-EU nationals into the European Union (EU) and the Schengen Area, and helping them obtain the relevant documents to stay.

On 24 October 2018 seven key suspects – all of whom are Polish nationals – were arrested in Poland. During the searches, police seized communication and electronic devices and various documents used by the OCG.

The investigation into the group began in 2013. The OCG registered documents at the Regional Labour Office, which declared their intention to provide work for non-EU migrants in Poland. The criminals created both fictional and genuine companies to issue these documents, which entitle non-EU nationals to obtain a Polish visa to stay in the country and to find paid employment. The visa also entitles the holder to stay in other EU countries.

The OCG was responsible for all the travel arrangements, declarations, applications, work permits and temporary residences for the migrants. Once the migrants had signed the documents, they travelled to Germany and Sweden.

The investigation indicates that the group helped at least 550 foreigners to reach the EU and Schengen Area. The case is ongoing and further future detentions are possible.

Europol supported the investigation by providing analytical and operational support and hosting an initial operational meeting at its headquarters in The Hague. During the action days, Europol’s European Migrant Smuggling Centre (EMSC) provided on-the-spot support by deploying an analyst to Poland equipped with a mobile office and a Universal Forensic Extraction Device (UFED). This allowed for real-time cross-checks against Europol’s databases as well as data extraction from the seized devices for further analysis.