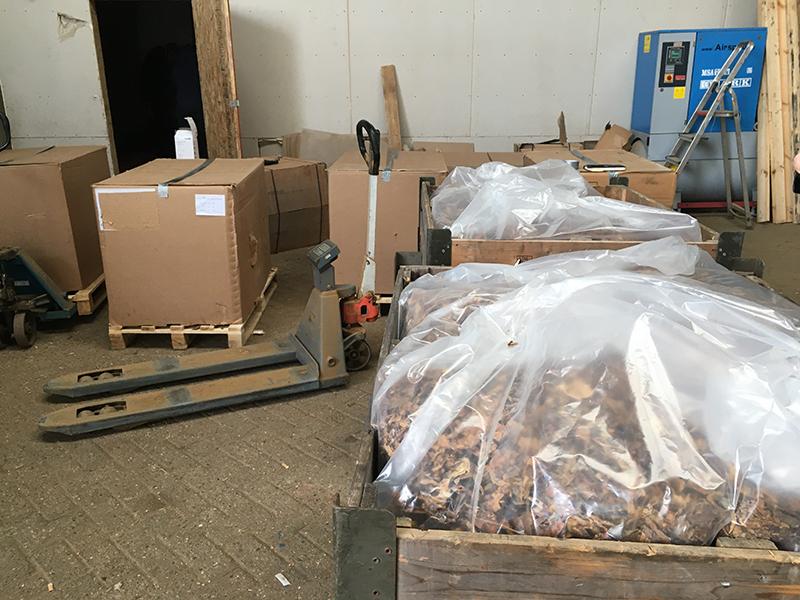 Authorities from seven countries, with the active support of Eurojust, Europol and the European anti-fraud office OLAF, have dismantled an international organised crime group (OCG) which was involved in the large scale illegal trade of tobacco. During an action day, coordinated at Eurojust, 18 persons from different nationalities have been arrested, who are suspected of money laundering and the illegal trade and storage of around 670.000 kilos of tobacco. Three suspects from Italy will be heard. The illegal trade has led to a loss of customs and excise duties for the Dutch fiscal authorities of approximately 70 million Euro. A total  of  29 searches have taken place in Italy, Poland, Belgium, the United Kingdom and the Netherlands, mainly in the south eastern province of Limburg.  Authorities from Romania and Cyprus have contributed actively to the operation.

The criminal organisation allegedly bought tobacco in Italy, which was then processed and sold to traders for the use in illegal cigarette factories. The criminals played a role as well in the brokerage of illegally produced cigarettes and bought, sold and repaired machinery for cigarette production.  As a result of international cooperation, since last year already illegal cigarette factories have been dismantled in Poland, the Czech Republic and the Netherlands, whose operators had close links to the criminals who have now been arrested.

Eurojust held a coordination meeting and set up a coordination centre during the action day and provided assistance with the issuing of European Investigation Orders (EIOs) and European Arrest Warrants (EAWs).

The operation was based on an analysis of a special operational taskforce set up in February 2018 between Europol, the UK’s HM Revenue & Customs (HRMC) and FIOD and on an investigation conducted by OLAF in other EU Member States where the same criminal organisation was involved . The operation was one of the first cases which forms a vital part of the ongoing intelligence picture. Regular meetings at Europol between the taskforce members helped identify numerous High Value Targets against which actions were taken in the framework of this operation.

Over 250 officers of police, fiscal police and customs have been deployed during the action day in the Netherlands, Italy, the United Kingdom, Poland and Belgium.