An individual suspected of financing Islamic State arrested in Spain 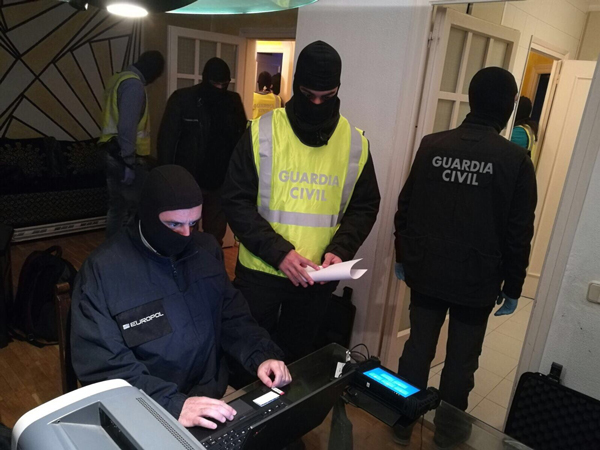 On 15 March 2017, the Spanish Guardia Civil, supported by Europol, arrested in Girona (Spain) a Moroccan national suspected of helping finance the terrorist group Islamic State (IS).

The arrestee, aged 43, was under investigation for participating, along with two of his brothers arrested in July 2016, in a complex financial scheme which involved sending funds to IS fighters in Syria and Iraq through money transfer agencies.

Europol has supported Guardia Civil on-the-spot by deploying two terrorist experts to Girona to crosscheck the data found against Europol’s databases in real-time.

The investigation began in 2016 when investigators detected a network that sent funds to IS fighters. The presence of a family member in Syria motivated the rest of the brothers to raise funds and later send the money to Syria by using a complex network of intermediaries. The criminals sent small amounts of money in an attempt to go unnoticed by the Spanish law enforcement authorities.