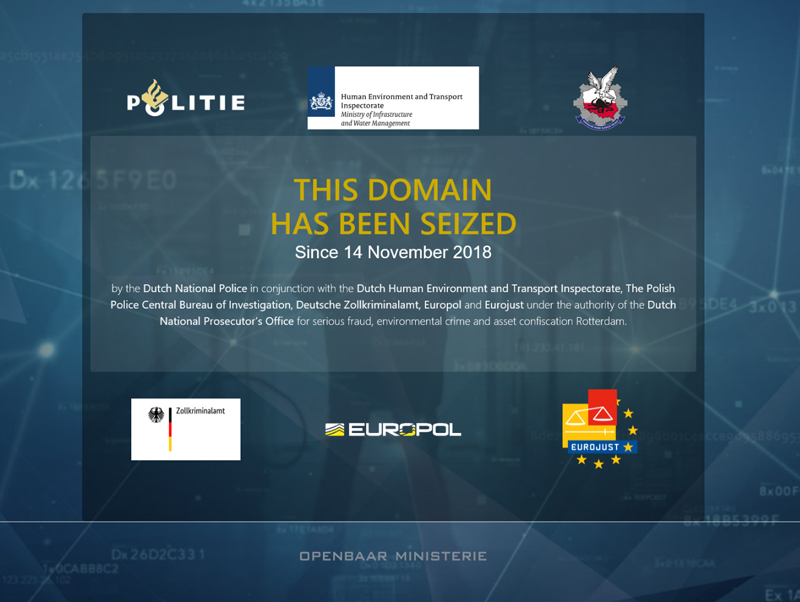 Illegal fireworks are a huge Europe-wide problem. Their unregulated distribution causes considerable safety risks to those shipping and buying them due to their substantial explosive character, as well as millions of euro in tax losses for some economies.

A remarkably high level of cooperation and coordination among judicial, police and customs authorities, and the extensive support of Eurojust and Europol, contributed to the successful dismantling of this sophisticated organised crime group (OCG). Action days in Poland, the Netherlands and Germany in the past three weeks have resulted in 35 OCG members arrested in Poland, nine of whom are still detained, and the seizure of fireworks, the blocking of webshops and more than 150 searches of residences and businesses. Four webshops involved in the sale of the illegal fireworks by the OCG, bombashop.com, ultrasshop.com, psychoeffect.eu and pyrofans.eu, were blocked at the request of the Dutch authorities, and their data were seized.

In Poland, 80 tons of F4 fireworks were seized from a warehouse, an amount large enough to fill four large shipping containers. Unmarked parcels containing illegal fireworks were also intercepted and seized in Poland, the Netherlands and Germany prior to distribution to the buyers, thus avoiding possible harm to innocent people, including postal employees.

The members of the OCG are being investigated by the Polish authorities for participation in a criminal organisation, trafficking in pyrotechnic material and explosives, tax fraud and money laundering. The Polish investigation targeted the OCG, which was active since 2012. The OCG, primarily composed of Polish nationals, was involved in the trafficking of fireworks illegally sold online to clients throughout Europe, and shipped by courier and normal post in unmarked packages. The OCG was suspected to have shipped approximately 1 500 kg of pyrotechnics, including approximately 500 kg of F4 class, every day to different Member States.

The German investigation targeted the buyers of illegal fireworks in Germany, who ordered via one of the webshops without possessing licences for explosives.

During simultaneous house searches of the 50 suspects throughout Germany, customs authorities seized large amounts of pyrotechnics, improvised explosive devices, firearms and ammunition. Several houses required evacuation to ensure that the pyrotechnics and explosives could be removed safely. In addition, 74 allegedly illegal postal shipments, with a gross weight of approximately 400 kg, were detected and checked at courier services. Pyrotechnics inside the shipments were seized.

The objective of the Dutch investigation was to halt the activities of middlemen and consumers, as well as the distribution of illegal fireworks on behalf of the OCG in the Netherlands. The Dutch authorities blocked Dutch Instagram accounts from which illegal fireworks were sold.

In preparation for the action day, multiple European Investigation Orders (EIOs) were exchanged between Poland, Germany, the Netherlands and France requesting searches of premises and seizures. Eurojust enhanced cooperation between parties and promoted discussions about the goals of the actions. It also supported coordination of the investigations during coordination meetings and facilitated the execution of EIOs.

At Europol, multiple operational meetings were held since 2017. Data from the servers used by the online webshops was analysed, and intelligence packages were shared with all the involved Member States, informing them about suspicious clients who ordered pyrotechnics from these different webshops. Europol experts were sent to Poland to support the police actions there.

Thanks to the success of this action, the flow of illegal fireworks in Europe has been greatly reduced, just in time to interrupt the New Year’s buying season.