Today, a coalition of law enforcement agencies across the world announced the results of a coordinated operation known as DisrupTor which targeted vendors and buyers of illicit goods on the dark web.

This operation follows the takedown in May of last year of Wall Street Market, the world’s then second largest illegal online market in the dark web. Led by the German Federal Criminal Police (Bundeskriminalamt) with the support of the Dutch National Police (Politie) Europol, Eurojust and various US government agencies, this takedown provided investigators with quantitative data and materials to identify suspects behind dark web accounts used for illegal activity.

As a result, 179 vendors who engaged in tens of thousands of sales of illicit good were arrested across Europe and the United States. Over $6.5 million were seized in both cash and virtual currencies, alongside some 500 kilograms of drugs, including fentanyl, oxycodone, hydrocodone, methamphetamine, heroin, cocaine, ecstasy, MDMA, and medicine containing addictive substances; and 64 firearms.

The arrests were carried out in the United States (121), Germany (42), the Netherlands (8), United Kingdom (4), Austria (3), and Sweden (1). A number of investigations are still ongoing to identify the individuals behind dark web accounts.

A COLLABORATIVE EFFORT TO TACKLE THE DARK WEB

Operation DisrupTor was composed of a series of separate but complementary joint operations coordinated by Europol and Eurojust, all aimed at making a global impact on the sale of illicit goods on the dark web.

This operation was the result of a collaborative effort between the law enforcement and judicial authorities of Austria, Cyprus, Germany, the Netherlands, Sweden, Australia, Canada, the United Kingdom and the United States.

Law enforcement is most effective when working together, and today’s announcement sends a strong message to criminals selling or buying illicit goods on the dark web: the hidden internet is no longer hidden, and your anonymous activity is not anonymous. Law enforcement is committed to tracking down criminals, no matter where they operate – be it on the streets or behind a computer screen.

THE DARK WEB IS NO FAIRY TALE

The golden age of dark web marketplace is over. Operations such as these highlight the capability of law enforcement to counter encryption and anonymity of dark web market places. Police no longer only takes down such illegal marketplaces – they also chase down the criminals buying and selling illegal goods through such sites. 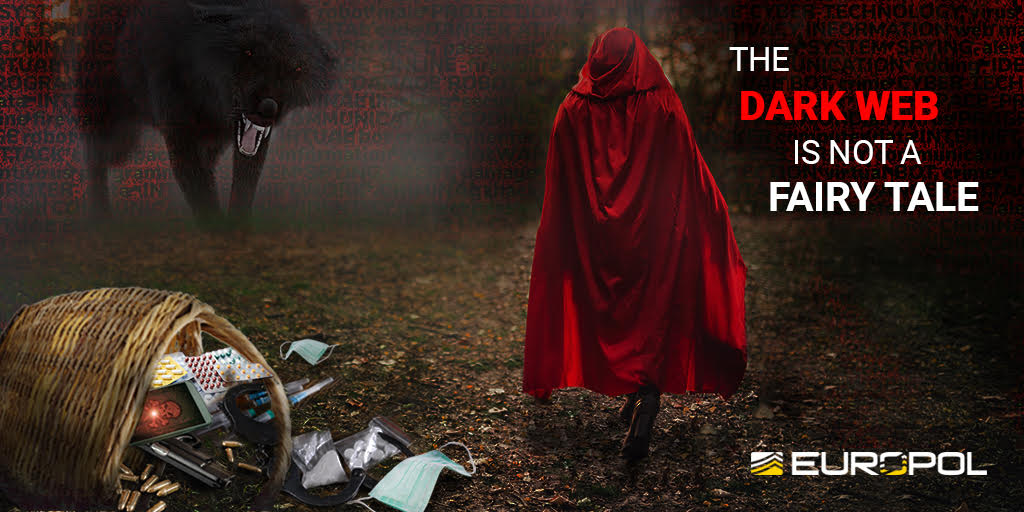 Thinking of buying illegal goods anonymously on the dark web?

These are the dangers you are exposed to:

Law enforcement can also trace back illicit transactions to both the buyer and seller. An individual who purchased illicit goods from hidden sites is at risk of prosecution in a number of countries.

The dark web is not a fairy tale - vendors and buyers are no longer hidden in the shadow.

The following authorities took part in this operation: