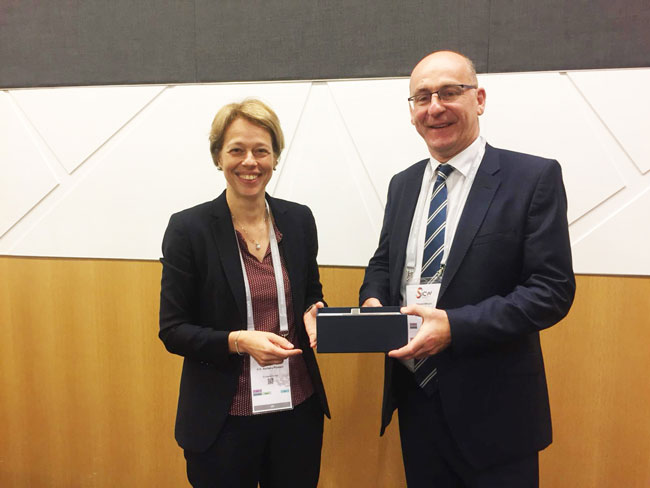 SINGAPORE – Cyber experts from law enforcement, the private sector and academia have gathered in Singapore this week to devise strategies for promoting the global cybersecurity agenda.

With cybercriminals using increasingly sophisticated methods and technologies to carry out their illicit activities, the 6th INTERPOL-Europol Cybercrime Conference will focus on the most pressing cyberthreats today and in the future, from attacks against the financial and government sectors and the rise of ‘cybercrime as a service’ to denial of service attacks and business e-mail compromise scams.

Under the theme of ‘Globalized efforts to tackle cybercrime’, the three-day (18 – 20 September) conference will look at ways in which stakeholders from all sectors can combine their expertise to make the internet a more secure environment. Key areas of discussion will include developing actionable cyberthreat intelligence, identifying cybercriminals through their online behaviour, defining the role of digital forensics, implementing national and regional legislations to tackle cybercrime, and crisis response planning.

“We must not only remain ahead of the technological curve, we must do so collectively. Only through a concerted globalized effort which maximizes our expertise and minimizes the gaps will we be best prepared to tackle emerging cyberthreats,” concluded Mr Morris. 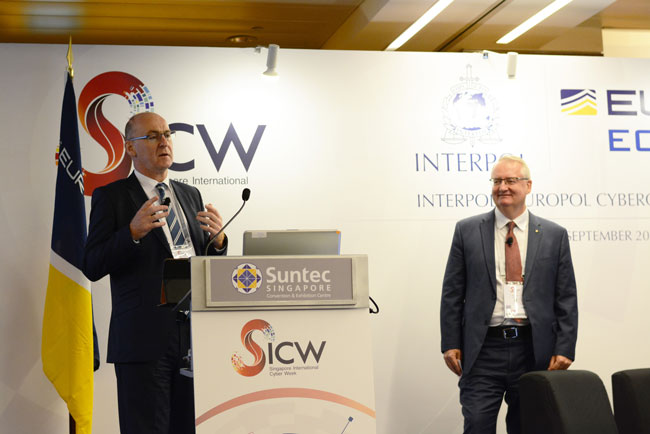 Following the 2017 conference, INTERPOL and Europol have made notable progress in addressing the key identified areas of ransomware, the criminal abuse of the Darknet, and the implementation of a proactive approach to increase public awareness of online safety. In this respect, the two organisations have discussed the need for a strategy to combat the illegal Darknet economy through information sharing, operational support, training and awareness raising.

Steven Wilson, Head of the European Cybercrime Centre (EC3), said: “2018 has seen greater law enforcement success in fighting cybercrime on a global basis and increased public awareness of the threat, but cybercriminals are becoming smarter and more targeted in their approach and presenting an ever-increasing threat.”

“The annual INTERPOL-Europol Cybercrime Conference is an important event to bring together not just global law enforcement partners, but thought leaders from industry and academia to ensure that there is a cross-sector approach to tackling this threat,” he added.

Several high-level delegates are attending the conference, including the European Union (EU) Ambassador to Singapore, Barbara Plinkert.  In recent months, the EU has been working towards implementing a new EU Cybersecurity Crisis Response Framework, allowing authorities to react quickly, operationally and in unison in the event of a major cross-border cyberattack. The EU Law Enforcement Emergency Response Protocol, the police contribution to the crisis management structure, was presented during the event in Singapore.

On the first day of the conference Europol published its fifth annual Internet Organised Crime Threat Assessment (IOCTA). The report offers a unique law enforcement view of the emerging threats and key developments in the field of cybercrime over the last year. But more than that, it describes anticipated future threats and provides recommendations to law enforcement authorities in Europe to adequately deal with these challenges. The report only has one goal in mind: to stop cyber criminals from finding their next victim.

The conference, which brings together 198 delegates from 50 countries, also provides an opportunity for Europol and INTERPOL to reconfirm their strong commitment to continue their collaboration in the fight against cybercrime, building on successful examples such as the Global Airline Action Days and the No More Ransom initiative.

The Europol-INTERPOL Cybercrime Conference is a joint initiative launched in 2013. Held annually, it is hosted in alternate years by Europol and INTERPOL.