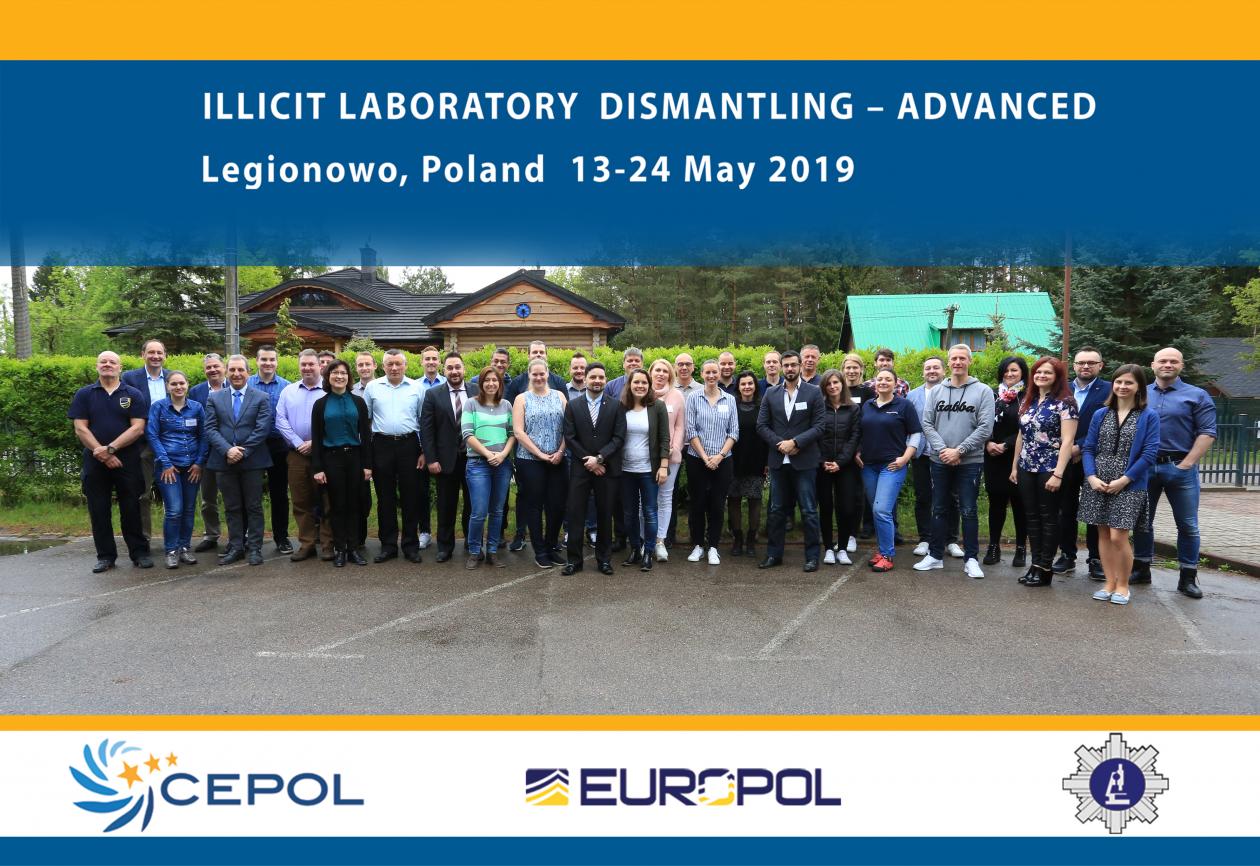 As one of their annual flagships training events, Europol and CEPOL together with the Polish Forensic Institute (CLKP) organised between 13-24 May 2019 the advanced training course on dismantling illicit synthetic drugs laboratories at the premises of the Polish Training Academy/ITCCCL. This training was attended by 32 participants from 22 EU Member States, Iceland and Europol.

Experts from Europol’s EU Drugs and Organised Crime Unit,  together with their counterparts from Belgium, Poland and the Netherlands as well as partner EU agencies such as the EMCDDA conducted the training to enhance the knowledge on the methodology and risks potentially encountered by law enforcement and forensic officers during the dismantling of illicit synthetic drugs/NPS laboratories.

The objectives of the course were to recognise the production methods of illicit drugs, especially synthetic substances; to identify the production equipment/chemicals seized in the production units; implement precautions and safety measures to protect themselves during raid operations on illicit drug laboratories, including decontamination process; to plan and organise future raids as well as the collection of evidence and to understand the new trends and developments in the area of synthetic drugs. The participants also carried out a series of practical exercises in real-life conditions, including in a simulated illicit synthetic drugs laboratory environment.