Large-scale document forgery: five arrests thanks to cooperation between Ireland and Spain 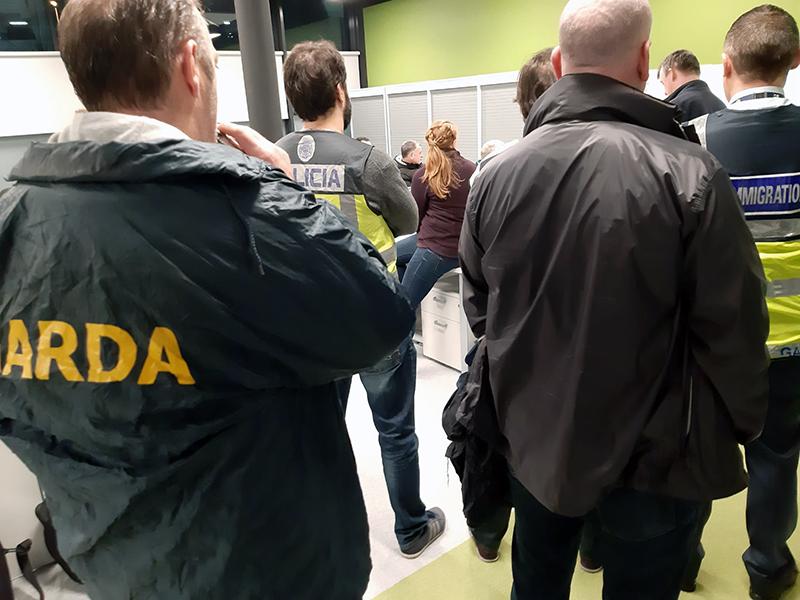 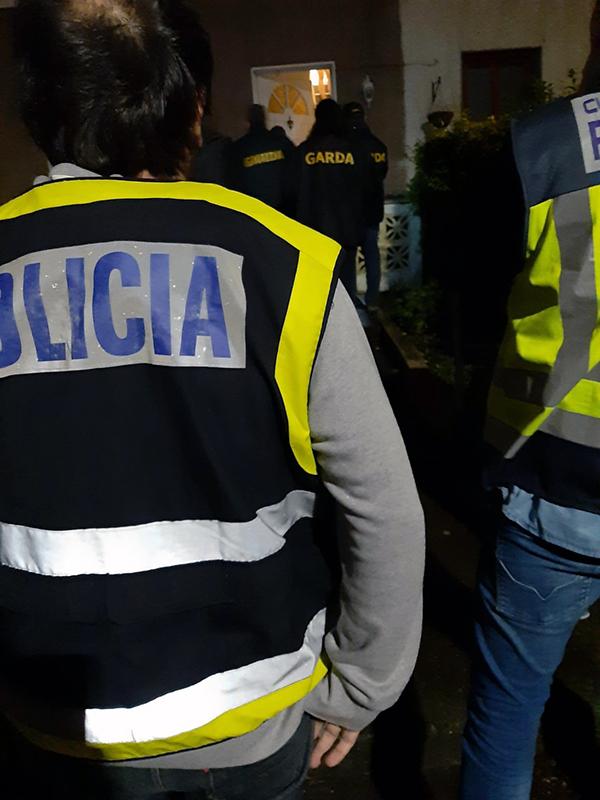 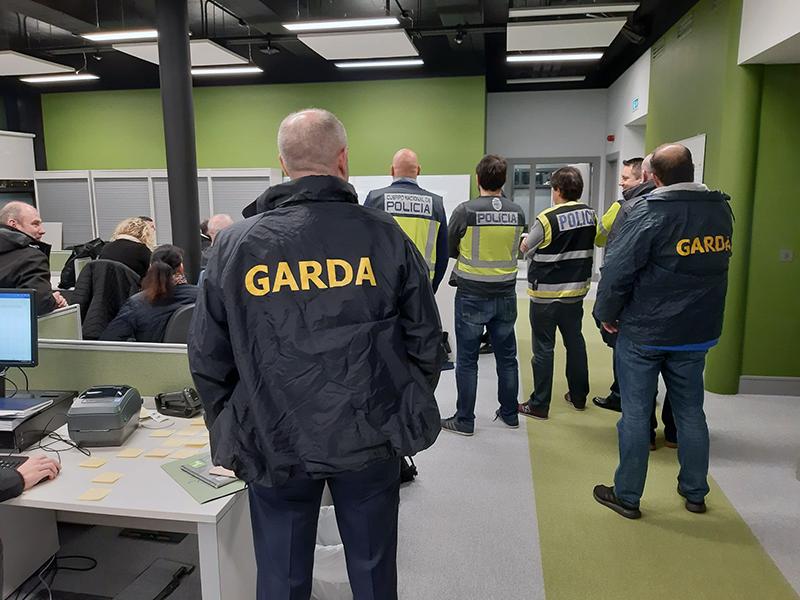 On 10 December 2019, the Garda National Immigration Bureau (GNIB) carried out a search and arrest operation – operation Mombasa – which was supported by officers from the Spanish National Police (Policía Nacional) and Europol.

Two individuals have been arrested and are currently detained in Ireland. Suspected false documents, phones, financial documentation and cash were also seized. A third individual was arrested during a search and arrest action day on 5 December 2019 and is also currently detained by the Irish authorities.

This operation was attended by the Garda liaison officer to Spain and three officers from the Spanish National Police who are in Ireland to advance the investigation in both jurisdictions.  The Spanish National Police conducted searches in Barcelona on 9  December 2019 as part of operation Mombasa and seized false documents, flight tickets and bookings and evidence from parcel delivery services. Two people were also arrested during the search in Spain.

Operation Mombasa is a multi-jurisdictional investigation that was launched in late 2018 and centres on an organised crime group of non-EU nationals (primarily from Georgia) who are known to be resident in Ireland. This organised crime group is involved in the facilitation of bringing Georgian nationals to Ireland and the UK via Spain and France. While the initial connections identified that Ireland and the UK are currently targeted by this criminal gang, further exchanges of information through Europol identified links to other European countries and the USA.

These individuals are believed to be involved in the large-scale production and distribution of false identity and travel documents to order (passports, national ID cards and driving licences) and send these documents from Ireland to individuals outside the country via regular postal and courier services.

125 arrests in the last two years

In addition to the investigations which are being conducted in Ireland, there are also several related investigations into the activities of this organised crime group in several other EU Member States such as Finland, France, Germany, Italy, Spain, the UK, coordinated with the support of Europol, and in the USA.

The investigations carried out over the last two years led officers to detain 125 Georgian nationals carrying fake documents through French, Italian, Portuguese and Spanish airports and whose aim was to commit crimes in Europe. Investigations reveal that those arrests might be linked to the ones made in Ireland and Spain this month.

Europol supported the investigation with analytical, operational and coordination support, as well as analysis and information exchange. Four operational meetings were funded by Europol and 21 analytical products were prepared and disseminated by Europol’s European Migrant Smuggling Centre to the countries involved.