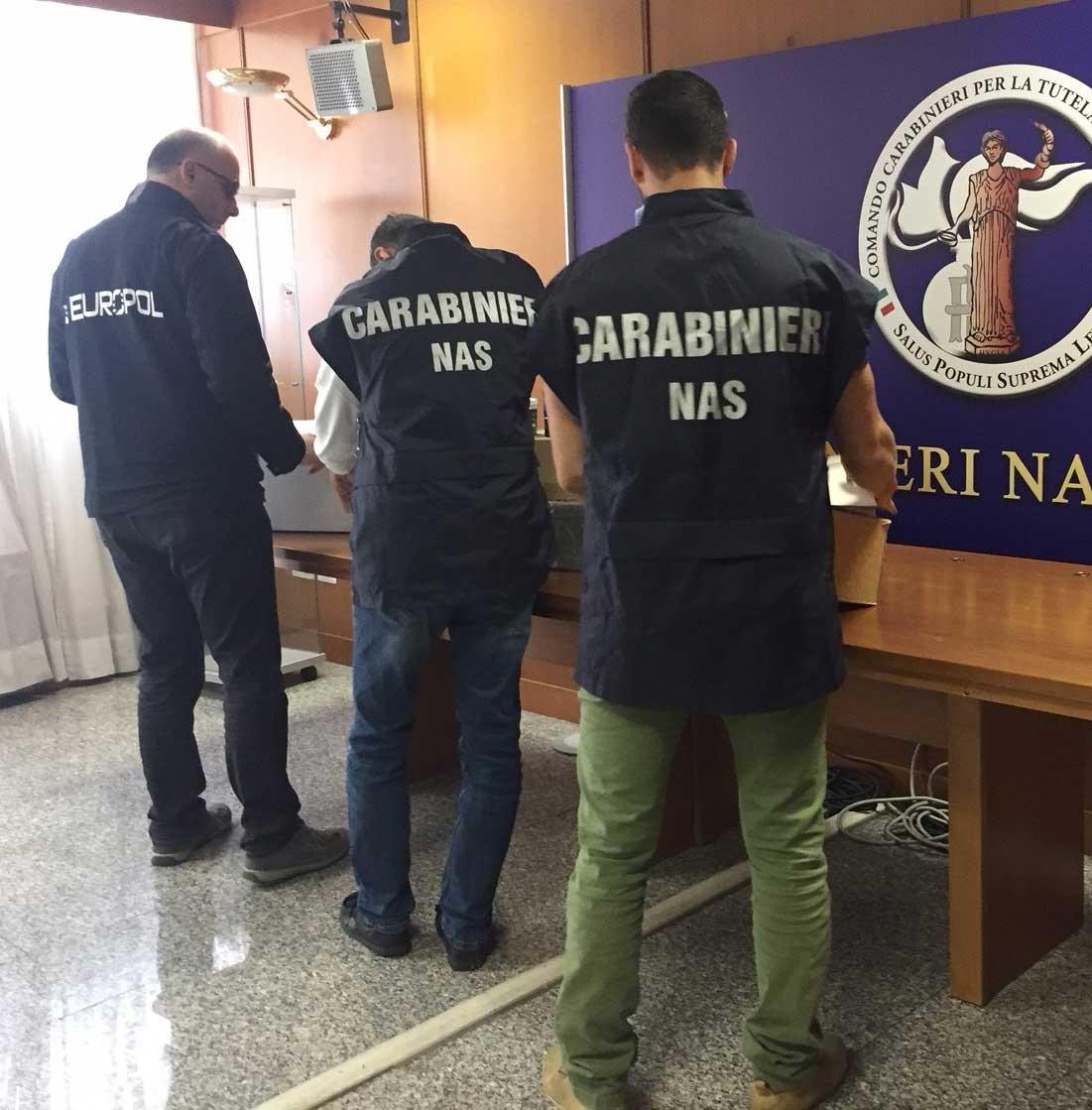 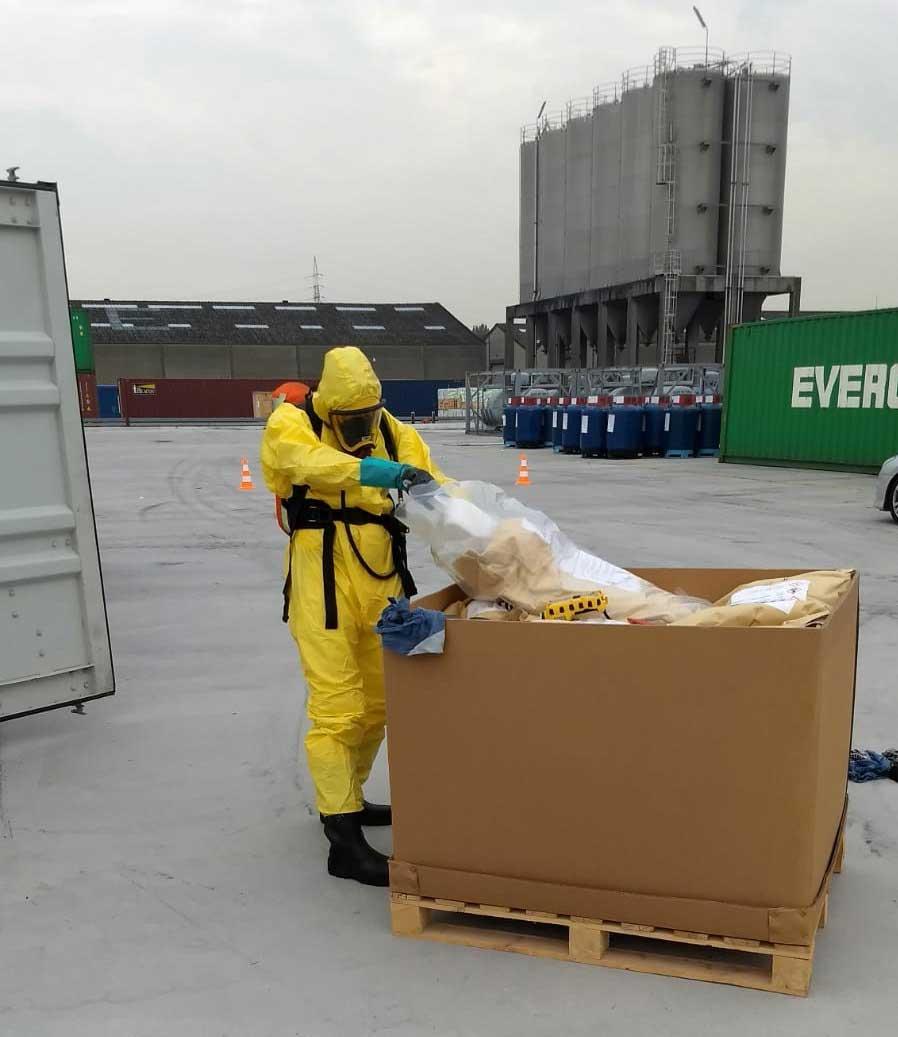 Some 360 tonnes of illegal or counterfeit pesticides were seized in Europe as the result of Operation SILVER AXE III, an annual operation coordinated by Europol with the support of the European Anti-Fraud Office (OLAF).

Pesticides are one of the most regulated products in the world today, and can only be traded and used in the EU if the products are proven safe and authorised.

Operation Silver Axe focuses on the sale and placing on the market (imports) of counterfeit pesticides, including infringements of intellectual property rights such as trademarks, patents and copyright, as well as targeting the illegal trade of pesticides.

During the action phase, Europol experts exchanged and analysed data received from the participating countries, liaised with stakeholders from 43 private companies involved in the production and commerce of pesticides and provided on-the-spot support on request. OLAF, for its part, provided Europol and the participating countries with information on 180 suspicious shipments of pesticides transhipped in the European Union.

Cooperation with private industry and other European and international bodies was crucial to the success of the action. CropLife International, the European Crop Protection Association ECPA and the European Crop Care Association ECCA, representing the plant protection industry, and EC-DG SANTE, OLAF, INTERPOL and FAO from the public sector, participated in the preparation phase as well as during the operation. 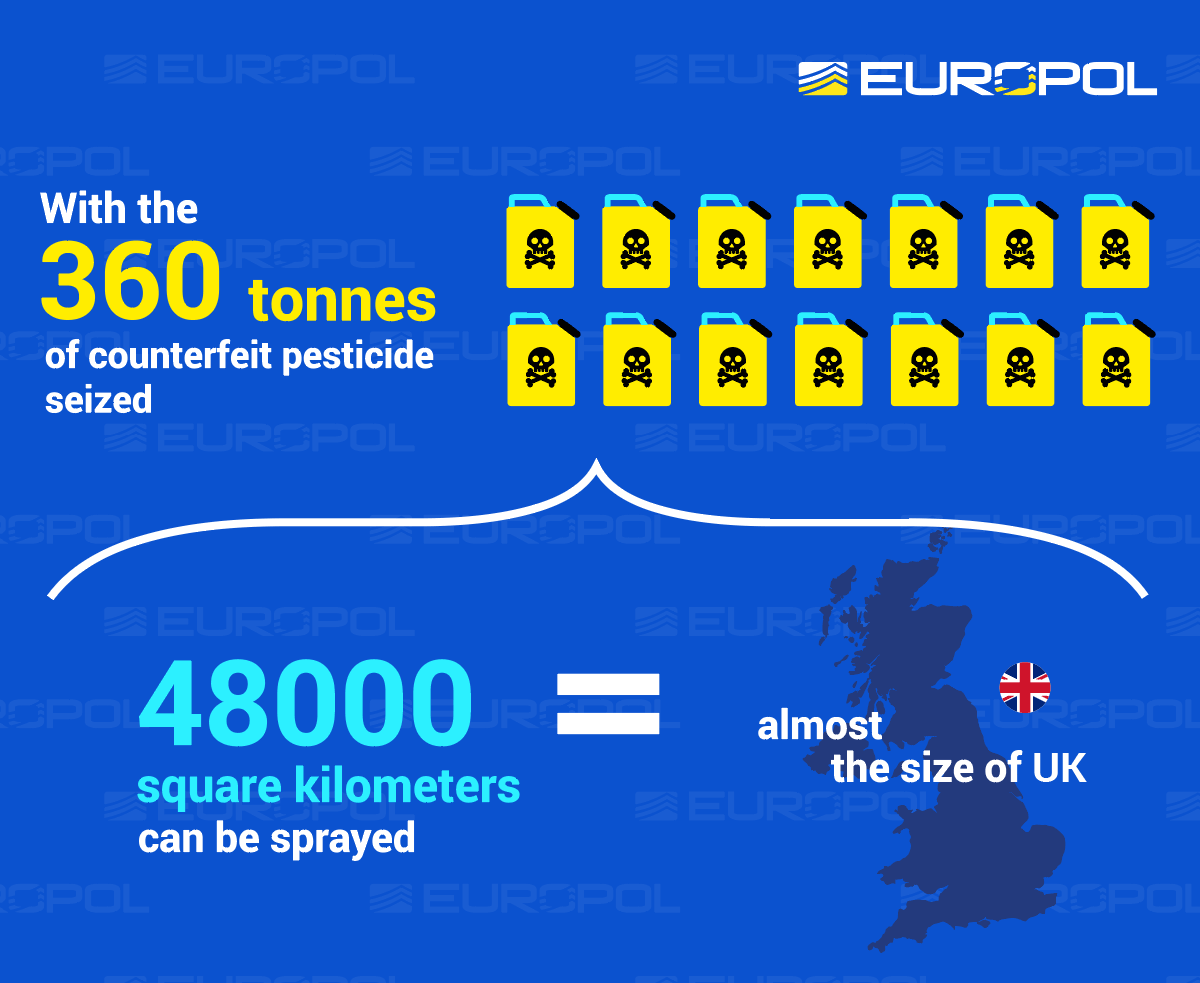 Wil van Gemert, Europol’s Deputy Executive Director Operations, commented: “Through such an operation, police across Europe and beyond are aiming the axe at counterfeit pesticides. The record volume of hazardous substances seized this year is an important step in stemming the flow of potentially lethal products into the EU marketplace. The complexity and scale of this fraud means cooperation needs to happen across borders with a multi-agency approach, working hand in hand with the private sector”.

Graeme Taylor, Director of Public Affairs for the European Crop Protection Association, said: “A series of recent reports have highlighted the growing threat from counterfeit and illegal pesticides: in the EU it is estimated that they make up almost 14% of the market.  This is not just an issue for the companies, whose products are being counterfeited, but more significantly poses a risk to health and the environment as they are not subject to any of the rigorous safety tests or regulation that authorised pesticides are.  We are pleased to see the continued success of Operation Silver Axe, and are grateful to Europol for taking a lead on this important issue.”

Paul Maier, Director of the EUIPO’s Observatory on Infringements of Intellectual Property Rights, added: “The EUIPO’s own research shows that every year, across the EU, EUR 1.3 billion is lost due to counterfeit pesticides. That is just the economic cost – the potentially harmful effects that counterfeit pesticides can have on the food chain, and consequently the health and safety of consumers, is extremely worrying. Through our funding of the IPC3 unit in Europol, the EUIPO helps to support the fight against intellectual property crime”.

Since 2015, the number taking part in SILVER AXE has grown each year, reflecting the growing commitment to tackle this issue.