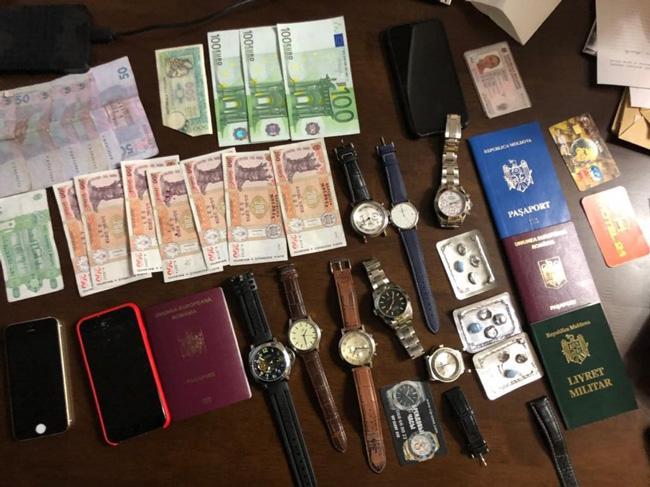 Two suspects of more than 20 high-profile burglaries in Germany were arrested on 5 December 2018 in Moldova. The arrests are the result of a successful international criminal investigation by the German and Moldovan authorities, supported by Europol. The burglars made their way into the victims’ houses through the roof, causing more than EUR 20 million worth of damage.

Since 2017, the Hamburg law enforcement authorities (the Public Prosecutor’s Office of Hamburg and Hamburg Police) have been investigating a series of domestic burglary cases in the city of Hamburg and other areas in Germany. The offences are characterised by a special modus operandi: the offenders first remove panels from the roof of their victim’s house and then cut a hole in the film to gain access. The total damage in Hamburg alone amounts to more than EUR 20 million from 22 separate burglaries. Thanks to successful information sharing with the French authorities, a Moldovan suspect was identified, who then led police to investigate a Moldovan criminal group linked to the initial suspect.

The investigations in Germany were carried out in close coordination with police authorities in the federal states of Berlin, Lower Saxony, North Rhine-Westphalia and Schleswig-Holstein. In addition, the Federal Criminal Police Office of Germany was closely involved in the investigation and supported it from the ISF project PRINZ

Europol supported several operational meetings with Moldovan law enforcement authorities held between the end of 2017 and October 2018. The meetings revealed that the criminal group was linked to ongoing investigations by the Moldovan authorities. It was agreed that the investigations in both countries should be carried out at the same time. The concentrated approach of all partners involved proved to be very valuable and decisive in the success of this cross-border investigation.

Based on the German and Moldavian investigations, extensive judicial measures were ordered against this organised crime group. These measures included search warrants for 18 residential properties, 3 arrest warrants and a freezing order. The actions took place on 5 and 6 December in Moldova, with on-the-spot support from judicial and law enforcement authorities from Hamburg and Europol. Two suspects were arrested yesterday and a few more during the investigation. Several weapons, EUR 25 000 cash, jewellery and luxury watches were seized.