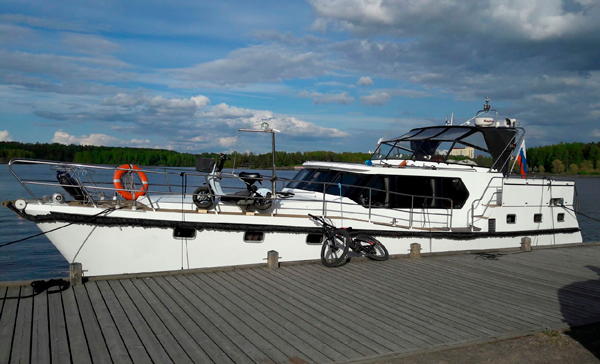 17 people were identified on board the 12-meter long vessel. They had been concealed throughout the journey in order to avoid checks at the EU external border.

The boat was profiled during border checks as a ‘vessel of interest’, and the competent law enforcement authorities had put it under surveillance. Once the facilitated persons were taken off the boat close to the city of Lappeenranta, Eastern Finland, the authorities carried out the arrests.

The boat, worth approximately EUR 200 000, has been confiscated and the suspects are awaiting trial in the Finnish courts.

The same boat and crew had previously been observed by the Finnish authorities, and at least four suspicious trips had been detected on the same route. This crime group is now believed to have been active since 2015, smuggling migrants into the EU through Finland. The investigation is on-going.

Europol’s European Migrant Smuggling Centre (EMSC) has supported this investigation from an early stage, facilitating and coordinating information exchanges between EU Member States and non-EU countries. Europol’s experts were deployed to Finland to assist the authorities on the ground.

Additionally, through the efficient use of Europol’s analytical capabilities and the swift information exchange it has provided, several links with other criminal areas and investigations have been identified, and are currently being assessed.

The 2016 EU-Turkey statement has forced organised crime groups to explore new routes and modus operandi in order to circumvent newly-implemented security measures. The EMSC, together with its operational partners, continues to monitor the use of the Russian – Baltic route.