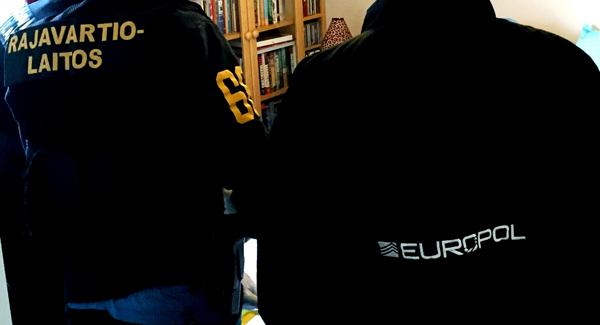 On 10 October 2017, the Finnish Border Guard, with the support of Europol, the Icelandic Police, the U.S. Border Patrol (USBP) and the U.S. Immigration and Customs Enforcement (ICE) and Homeland Security Investigations (HSI), have dismantled an organised crime group composed of Syrian and Iraqi nationals, accused of facilitating the illegal entry of migrants from Southern Europe to Finland and onwards to USA via Iceland and Mexico.

Finnish authorities have arrested 4 members of the criminal gang and 4 house searches were executed in Helsinki, Vantaa and Tampere (Finland).

This action day resulted in the seizure of numerous mobile phones and storage devices. Thousands of euros worth of cash money, hidden in plastic bags, were found and confiscated during the house searches.

Europol’s European Migrant Smuggling Centre (EMSC) supported the investigation with information exchange and analysis. On the action day, the lead analyst for the case at Europol was deployed to Finland to support the operation on the spot providing live cross-checks against Europol database and helping to gather and collect evidence from the searches performed.