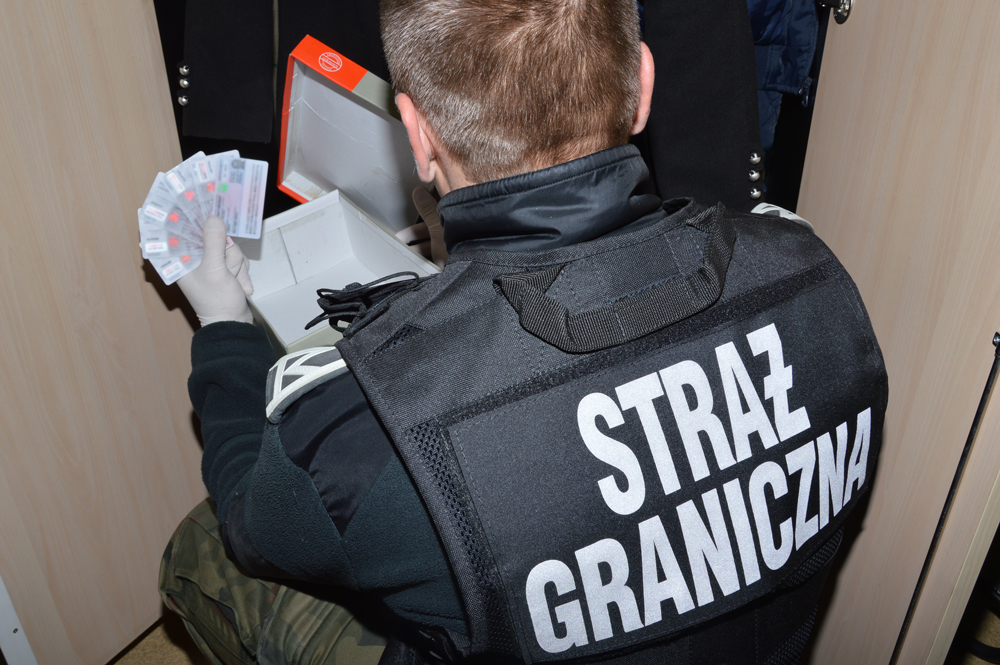 The Spanish National Police, together with the Polish Border Police, joined forces with Europol’s European Migrant Smuggling Centre (EMSC) in Operation Kolso to dismantle a transnational criminal organisation implicated in the smuggling of Ukrainian citizens into the United Kingdom and Ireland.

This extensive investigation was initiated in autumn 2015 as a result of bilateral cooperation between the Polish Border Guard and the Spanish National Police, but soon developed into an international investigation with links in several countries. In 2016, the operation concluded with more than 100 individuals being arrested for forgery of administrative documents and the facilitation of illegal immigration.

In March 2016, a major blow was delivered to the criminal network when one person was apprehended in Spain and more than 100 ID cards and original Polish passports were seized from his apartment. Polish Border Guard made further arrests in May 2016.

Reaching a peak level after the Crimean crisis, Ukrainian migratory flows were targeted by criminal organisations who would provide migrants with a “whole travel package”, including forged documents such as visas and passports, plane tickets and accommodation in transit countries.

The migrants entered Poland using tourist visas, and travelled on to other countries using forged documents such as Polish ID cards and Baltic-country passports.

The EMSC played a major role throughout the entire investigation by providing analytical and operational support, delivering cross-match and operational analysis reports, facilitating information exchange among the Member States involved, as well as hosting an operational meeting at Europol’s headquarters which resulted in mirroring investigations in Belgium and Ireland.