From Morocco to Spain in 30 minutes: how a crime group smuggled migrants and cannabis on jet skis 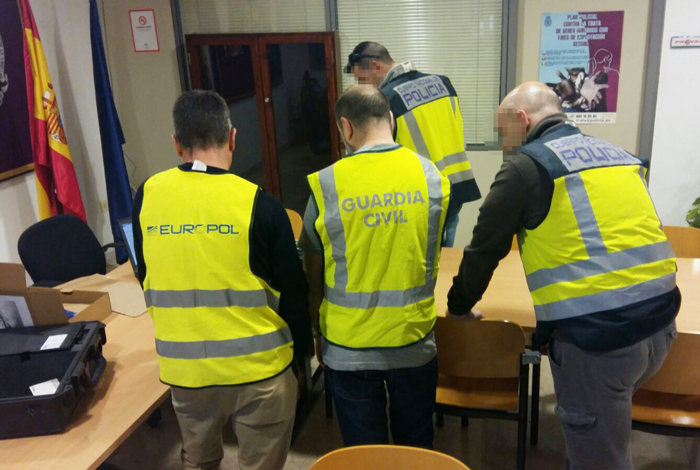 An organised crime group from Morocco used jet skis to smuggle migrants and cannabis across the Mediterranean Sea to Spain. The group was dismantled in a joint action day by the Spanish National Police and the Civil Guard, with Europol supporting them on the spot with a mobile office and a Universal Forensic Extraction Device – a stand-alone mobile forensic kit that can extract data from mobile phones.

In total, 19 people of Moroccan origin were detained in Spain.Police officers carried out 7 houses searches in Almeria, Spain, where they seized 11.6kg of drugs and over EUR 15 000 in cash. 21 devices were examined and 16 gigabytes of data submitted to the Spanish law enforcement agencies by Europol.

The organised crime group was made up of Moroccan citizens who were residing in various EU countries, mainly France, Italy and Spain. They contacted and sheltered migrants who had been smuggled with falsified documents from the Spanish autonomous city of Ceuta, located on the north coast of Africa, to mainland Spain, crossing the Strait of Gibraltar which separates Europe and Africa by only 14.3 km. The criminals charged the migrants EUR 4 000 and an additional EUR 500 if they wanted to be housed in Spain. Once trafficked to the Spanish mainland, the next leg of the trip sent them to their relatives in France, Italy and Spain.

The criminal organisation used the same modus operandi for trafficking drugs, specifically cannabis, from Morocco to Spain. According to an intelligence report issued by the European Border and Coast Guard Agency (Frontex), smuggling migrants on jet skis is a modus operandi specific to the Strait of Gibraltar and used exclusively by Moroccans. Young Moroccan males mainly use this mode of transport to reach the Spanish coast, most of them with relatives in the European Union, who pay for their transfer. Although in terms of migratory impact the number of migrants being transferred with this type of asset is relatively low (1-3 migrants, plus one skipper per jet ski), the number of incidents involving jet skis has sharply increased in the past few years.

The criminal intelligence development of this case was carried out in the framework of Europol’s JOT MARE team. This Joint Operational Team, hosted at Europol’s headquarters, is a specialised team of experts whose aim is to combat people smuggling via the Mediterranean and their subsequent secondary movements to destination countries.