No money for terror

This week, an international project to disrupt the funding of terrorist activities brought together more than 50 experts in counter terrorism financing (CTF) at Europol’s headquarters in The Hague. The conference’s key objective was to strengthen the international network of CTF investigation units, enhance public-private partnership cooperation and improve big data analysis to fight terrorist financing efficiently. 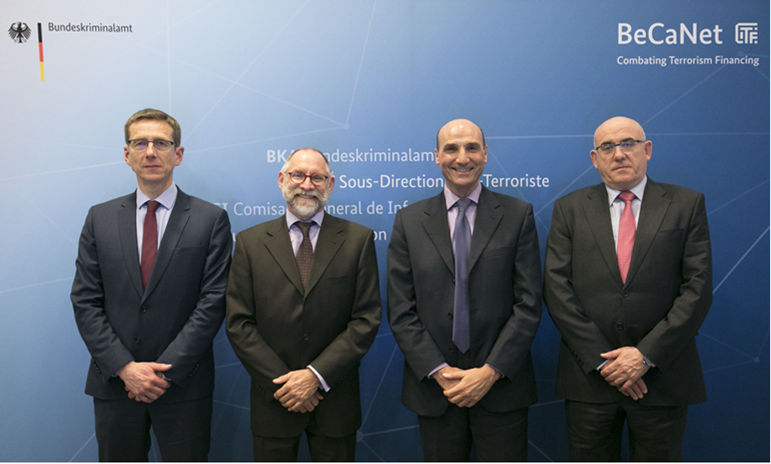 Reflecting the complexity and importance of the topic of terrorism financing and looking for professional and flexible responses and solutions, the project brings together expertise from counter terrorism and financial intelligence.

The event provided the participants with the opportunity to join two workshops: the first was led by a global money service business and focused on the possibilities and benefits of cooperating with the public sector. The second workshop was led by the project coordinator BKA and dealt with challenges in CTF investigations. Lively discussions demonstrated the dedication of the participants in enhancing the work in the field.

The operational focus during the final day showcased real case examples and raised relevant issues, such as the risks associated with NGOs and charitable organisations and disentangling the funds flowing towards conflict or war zones. The relevance of the misuse of the informal value transfer services lies in the fact that criminal threats in money laundering, human trafficking and migrant smugglings as well as terror financing overlap. In addition, the experts noted the misuse of new payment methods and virtual currencies by the terror-support systems, as well as the misuse of social media platforms for propaganda with a high level of sophistication.

The development of the two-year-long BeCaNet project will continue further with dedicated workshops and training sessions on financial data analysis for counter terrorism financial investigators. Seven one-week training sessions will support more than 100 CTF investigators and analysts to improve their analytical skills and thinking to better investigate CTF cases. In 2020, a follow-up conference will focus on public-private cooperation in the fight against terrorism financing.

The BeCaNet project is funded by the European Union’s Internal Security Fund – Police. The content of this press release represents the views of the author only and is his/her sole responsibility for use that may be made of the information it contains.

To ensure an effective response to the challenges of international terrorism, Europol created the European Counter Terrorism Centre (ECTC), an operations centre and hub of expertise that reflects the growing need for the EU to strengthen its response to terror. The ECTC is designed as a central hub in the EU in the fight against terrorism and provides operational support for investigations.The Financial Intelligence Unit within Europol has a broad mandate in the area of supporting investigations in the area of organised crime, cybercrime and terrorism with financial intelligence information. It also provides Member States with intelligence and forensic support to prevent and combat international money laundering activities, counter-financing of terrorism and support recovery of the proceeds of crime.