This News/Press release is about Money Laundering 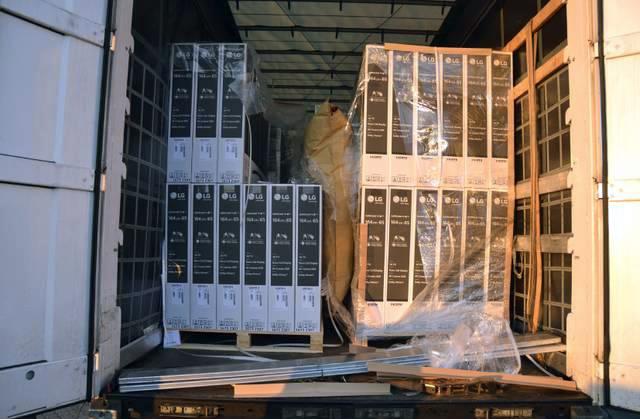 The group was targeting trucks on motorway rest areas and parking lots to steal the cargo. The group is suspected of having been involved in almost 60 offenses in the German state of Lower Saxony alone. The total damage committed sums-up to over €500 000. The main geographical focus of the group was along the German motorway number 7, near the capital city of the Federal State of Lower Saxony, Hannover. Since December 2018, the Police Department Heidekreis (Federal State of Lower Saxony) had been investigating the organised crime group of at least six Belarusian offenders.

During the investigation, the information exchange via Europol showed that the group had been responsible for previously committed cases in France. It also became clear that the organised crime gang purposefully entered the European Union for the reason of committing crimes. In addition to several cars, the perpetrators had various lorries to load the cargo directly at the crime scene and to transport them abroad. As part of a coordination meeting, initiated and financed by the EU funded project Cargo and organised by Europol, information was exchanged between the Police Department Heidekreis and the French Gendarmerie. This cooperation enabled the intensification of further covert measures. Another operational meeting followed in the summer of 2019.

On 10 October 2019, four members of the organised crime group, including its ringleader, were caught red-handed in Germany. In the course of this arrest, a truck with stolen TVs was seized. Further investigations are ongoing.

The objectives of the ISF Project Group Cargo of the German State Criminal Police Office of Saxony-Anhalt is to promote national and international cooperation to combat cargo theft and to encourage the dismantlement of organised crime groups involved in such cases.