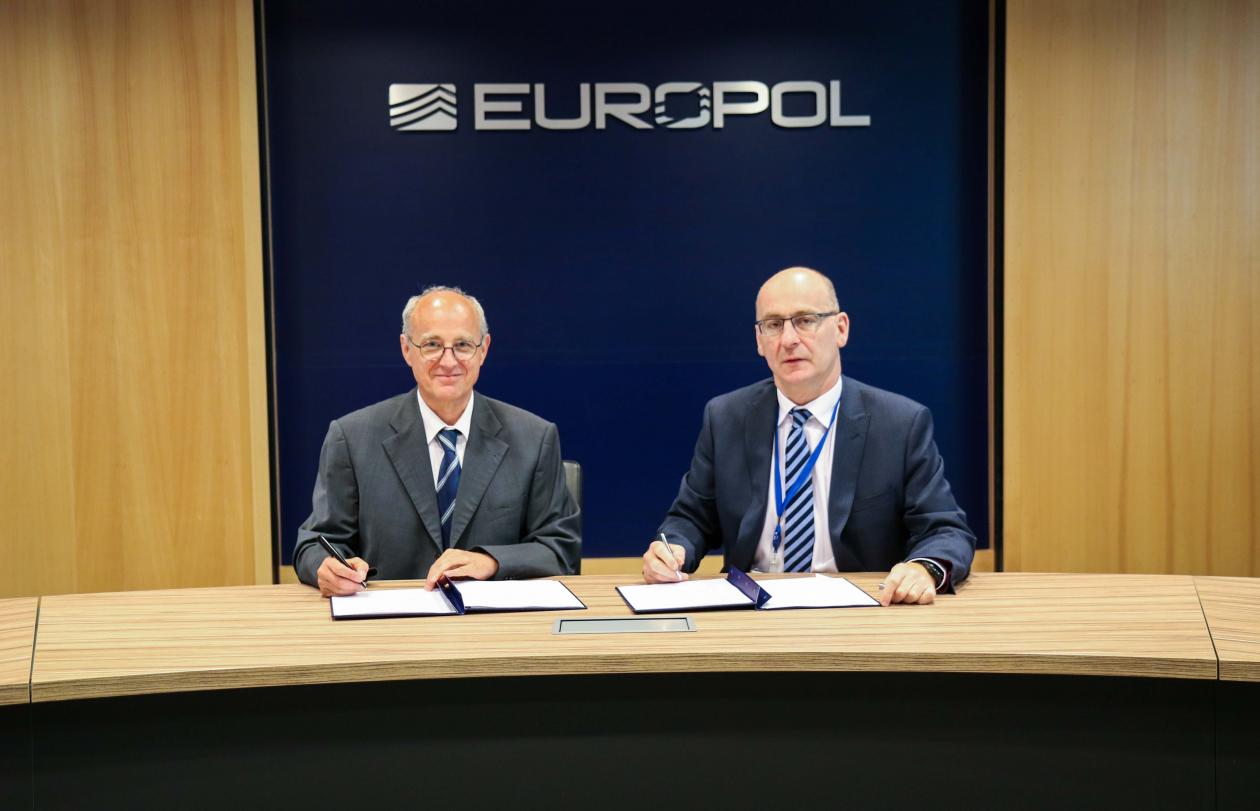 Today Orange signed a memorandum of understanding (MoU) with Europol, the European Union Agency for Law Enforcement Cooperation, to enhance their collaboration and share information on cyberthreats and major attacks. With this agreement, the two organisations are combining their efforts to make cyberspace safer for individuals, businesses, and governments and prevent cybercrime.

Jean-Luc Moliner, Orange Head of Group Security, and Steven Wilson, Head of Europol’s European Cybercrime Centre (EC3), signed an agreement on a partnership for sharing knowledge of European-level cyberthreats today in The Hague.

The agreement defines a framework for Orange and Europol to exchange information on the status of threats to the network and cybercrime trends. Orange will help enhance and enrich this data through exchanges of technical expertise and by sharing the indicators it observes on its networks, such as spam, DDoS attacks, fraud, and cyberattacks on mobiles or banking services.

"As a telecommunications operator with operations in seven European countries, Orange is keenly aware of the need for international coordination on fraud and cybercrime. Thanks to our work with the relevant authorities in each country and the experience it has given us, we will be able to capitalise on this agreement with Europol to offer our customers and all web users a safer Internet. With close to a thousand experts in its Cybersecurity Division, Orange is a key player in Europe," says Jean-Luc Moliner.

"As criminals increasingly threaten citizens’ and businesses’ digital lives, it is vital for the law enforcement community to work closely with the global industry players to create a safe environment on the internet. I am confident that the high-level of technical expertise that Orange will bring will result in a significant benefit to our work" adds Steven Wilson.

Orange is one of the world’s leading telecommunications operators with sales of 41 billion euros in 2017 and has 150,000 employees worldwide at 31 March 2018, including 91,000 employees in France. The Group has a total customer base of more than 263 million customers at 31 March 2018, including 202 million mobile customers and 20 million fixed broadband customers worldwide. The Group is present in 28 countries. Orange is also a leading provider of global IT and telecommunication services to multinational companies under the Orange Business Services brand. In March 2015, the Group presented its new strategic plan Essentials2020, which places customers’ experience at the heart of its strategy with the aim of allowing them to benefit fully from the digital universe and the power of its new generation networks.

For more information on the internet and on your mobile: www.orange.com , www.orange-business.com  or to follow us on Twitter: @presseorange.

Orange and all other Orange products or services mentioned in this press release are trademarks owned by Orange or Orange Brand Services Limited.

Europol is the European Union’s law enforcement agency. Headquartered in The Hague, the Netherlands, Europol supports the 28 EU Member States in their fight against terrorism, cybercrime and other serious and organised forms of crime. With over 1 100 staff members, Europol uses state-of-the art tools to support some 40 000 international investigations each year, serving as a centre for law enforcement cooperation, analytical expertise and criminal intelligence.