On 7 March 2016, the German Police (Hessisches Landeskriminalamt) from Wiesbaden, in close cooperation with law enforcement officers from Latvia, the UK and Europol, disrupted an international criminal group involved in phishing, hacking bank accounts, spreading malware, fraudulent transactions and money laundering. Losses incurred by the criminals’ activities are estimated to be several million euros.

In the framework of the whole operation, 3 targets were arrested on Tuesday 7 March, from 12 main suspects. During the operation, police were able to confiscate numerous computers, mobile phones, bank cards, SIM cards and digital storage media.

This operation resulted in multiple house searches and the arrest of the main suspects of the organised criminal group. Police officers were deployed on the spot in Schwerin (Germany), Latvia and the UK. Two Europol officers were also deployed to Germany and Latvia to provide analysis of new data found during the house searches.

This complex criminal investigation began in January 2015 and over 50 civil servants participated in the investigation. Moreover, Europol information and analysis systems were used to exchange and cross-check intelligence received from the countries involved. Due to the exchange of information and several operational meetings, Latvian, German and UK law enforcement authorities were able to detect the key suspects.

The modus operandi of the criminals consisted of obtaining one-time codes and passwords to get online access to credit balances, and spying on victims as they received transaction authentication numbers (TANs) on their cell phones. 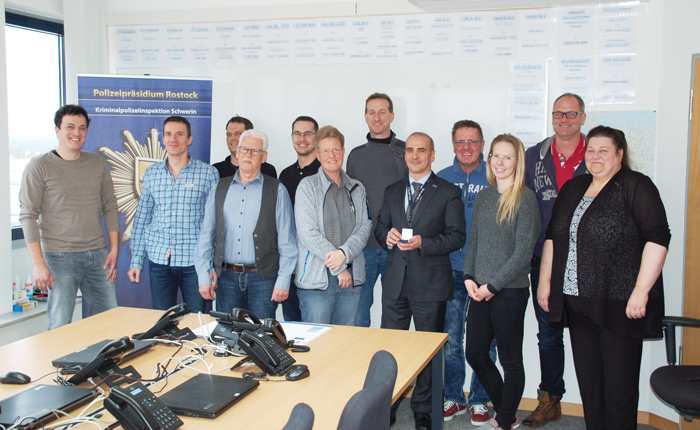