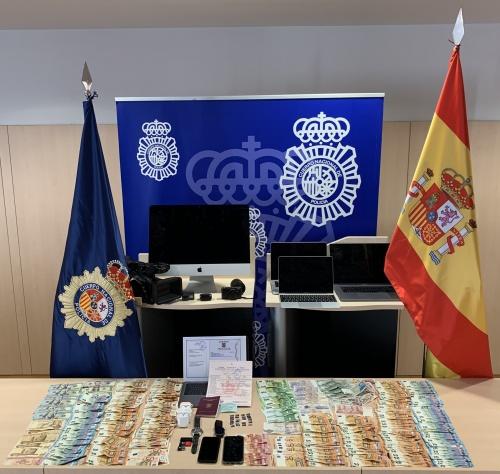 The Spanish National Police (Policia Nacional) have arrested 12 suspected members of a sham marriage network which facilitated illegal immigration into the European Union by setting up partnerships of convenience between Indian and Pakistani migrants and Romanian nationals.

In an operation backed by Europol, the Spanish investigators carried out dozens of raids on multiple residential and business premises, seizing more than €10,000 in cash along with evidence that indicted those detained were involved in the facilitation of illegal immigration and document fraud.

The criminal network orchestrated at least 50 such sham marriages in order for the illegal immigrants to obtain a residence permit, charging €20,000 per migrant for their services. The profits resulting from this criminal activity are estimated at €1 million.

The migrants who used the network’s service would either stay in Spain or move to another EU country upon receiving a residence permit allowing for free movement within the Schengen area. The women involved in these fake marriages would typically return immediately to their home country.

Europol’s European Migrant Smuggling Centre (EMSC) deployed one of its officers during the action day for on-the-spot support to the national investigators, including real-time data exchange and cross-checks against Europol’s databases.

In 2010 the European Union set up a four-year Policy Cycle to ensure greater continuity in the fight against serious international and organised crime. In March 2017 the Council of the EU decided to continue the EU Policy Cycle for organised and serious international crime for the 2018 - 2021 period. This multiannual Policy Cycle aims to tackle the most significant threats posed by organised and serious international crime to the EU in a coherent and methodological manner. This is achieved by improving and strengthening cooperation between the relevant services of EU Member States, institutions and agencies, as well as non-EU countries and organisations, including the private sector where relevant. The facilitation of illegal immigration is one of the priorities for the Policy Cycle.
Crime areas
Facilitation of Illegal Immigration
Target groups
General Public
Law Enforcement
Academia
Professor
Students
Researcher
Press/Journalists
Other
Support & Services
Operational coordination
Operational support
Information exchange